Guess what?  It's time.  Yes, yes, time for another in-depth look at my personal reading list for the previous year.  What more could you want out of life?  Just try to hold on to your seats as we set off on this epic voyage of literature and self-growth.

Robotime Rolife DIY Book Nook Wooden …
Fiction Series So Big, They Cross Mul…
10 Best Restaurants in St. Augustine
Medieval India by Satish Chandra book…
Know 7 Most Translated Texts in the W…
I read 28.5 books this year (more on the half-Book below), down from 31 books last year.  One thing of note is that I only finished one book - a non-fiction piece - after November 7.  That was because I began a very, very long novel after that, which took me until the 4th day of January to finish, so that's part of the reason why my numbers were a bit down this year.  The book I just finished on January 4 was three or four novels in length alone.
Anyway...
As usual, at the end of the list, I will choose a Serene Musings Book of the Year, which will then be added to the gallery at the bottom of the main page.  This is a highly coveted award, and this year's competition has been fierce. 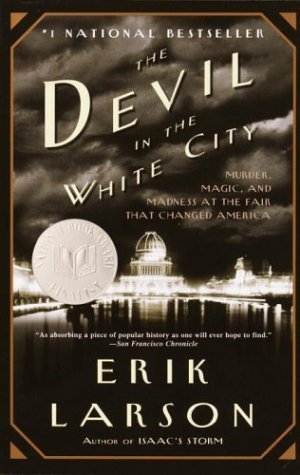 With such little competition, this was really a no-brainer this year.  Devil in the White City was the only book I read this year that I really loved.  This marks the first year since 2010 that a non-fiction book has won this coveted award, and it's the first time ever that a non-fiction book dealing with something other than religion has won the award.  So a big congratulations to Erik Larson.  I just KNOW he appreciates this accolade.