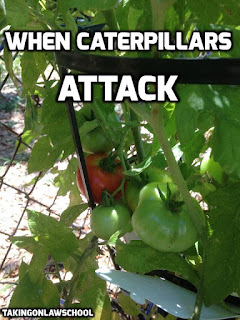 Story-time -  Way back when I was just a little tot, my mom got a tomato plant for her birthday in May. Apparently I was less than impressed with this birthday present that wasn't a toy until my mom told me that the plant was magical in that it made food. Food? FOOD? Even toddler me loved food. I was fascinated and woke up every day asking if it had made food yet. So my mom told me that it would make food by my birthday in August and I should go watch it grow. So I'd sit there for hours watching the tomato plant grow while my mom did grown up stuff like shower and cook and take care of my infant sister.

My mom was so grateful for that toddler break that for 28 years, I always got the first tomato of the year, called my birthday tomato. It's probably one of the weirdest family traditions ever but I just grew up knowing that come summer, I'd get a birthday tomato and my mom would take a picture of me eating it like an apple with salt and pepper and that's just the way it was.

Then I moved to Florida. For the first time in my memory, I didn't get a birthday tomato. And just in case you don't understand how sad that moment was, think of some little family thing you guys do. Maybe for Thanksgiving, Aunt Bettie always makes her pumpkin pie, or after dinner you play a card game and the losers have to do dishes. If that suddenly stopped, you could go buy a pie or divvy up chores on your own but . . . it's just not the same.

I was bummed. Eventually I decided that it was time for me to grow my own darn birthday tomato so I'd never have to go another year without. I've been planting and growing tomatoes with my mom since I can remember so I knew how to do it, I just didn't know Florida's climate. So I did some Googling and found that in Florida, I can grow tomatoes twice a year. Whoa.

So I bought a plant and it was doing great. So many flowers that grew into perfect little green tomatoes that slowly started turning red. It was glorious. I even got to eat my first tomato and I had about 14 more tomatoes to go. And it was still flowering too! 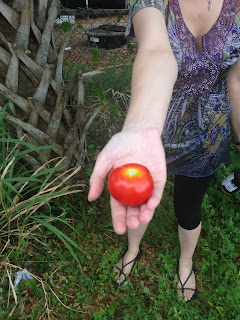 Then disaster struck. I noticed an itty bitty hole in one of them and some obvious chew marks. I'd been using an organic spray up to that point but decided to up my game to spraying every day. It did nothing. First one tomato was eaten to the stem, then another.

It was caterpillars and those monsters are unrelenting. I spent ages trying to comb my plant and pull them off to no avail. I even paid the neighbor kids to come over and hunt for them. For every caterpillar they found, I'd give them a dollar. They found one. I knew enough to be afraid of hornworms which are flipping huge but these caterpillars were tiny little things. About the size of a grain of rice and an exact match for the color of the leaves. Basically impossible to see.

By the time I moved on to the big guns of caterpillar pesticides, it was too late. Those suckers ate my plant to death in a little over two weeks.

I'm going to keep trying but I'm not going to lie, it kinda discouraged me from Florida gardening. I've grown basil inside and an onion that started sprouting and that went well but . . . sigh. It was sad.

I guess the good news is, I did get my birthday tomato this year?

What kind of silly family traditions do you have? I know I can't be the only one with a tradition that has to be explained!