My college football team won a National Championship last year. They had one loss earlier in 2015 but hadn't lost a game since. They beat Clemson last year 45 to 40. It was a barn burner and at the end of that game, I felt as if I'd played three-quarters.

There were questions this year. Many of the stars on both sides of the line went pro. The Crimson Tide didn't start from scratch, but we had freshmen in many key positions including quarterback. There were many close calls, but our team survived the regular season and a playoff game on New Year's Eve against Washington.

The win set up a rematch with Clemson. The quarterback for the Tigers was seasoned and when interviewed, was articulate and apparently very smart.

Our quarterback, on the other hand, was playing quarterback for a high school team last year. He is a remarkable kid and he will do well for us in the next few years.

Our team played their hearts out, but the lost the game in the final seconds of the game last night.

I had a gut feeling it would turn out this way. That's because yesterday morning as I was hanging our Alabama Crimson Tide flag for game day, I dropped the flag. As I looked at it there on the ground, I said to myself "OH NO." I fought the urge to call Nick Saben and tell him that I'd blown it. I'd dropped the flag and that he should reschedule the game for another day.

At any rate, my team lost and I can't help feeling that it was my fault :( 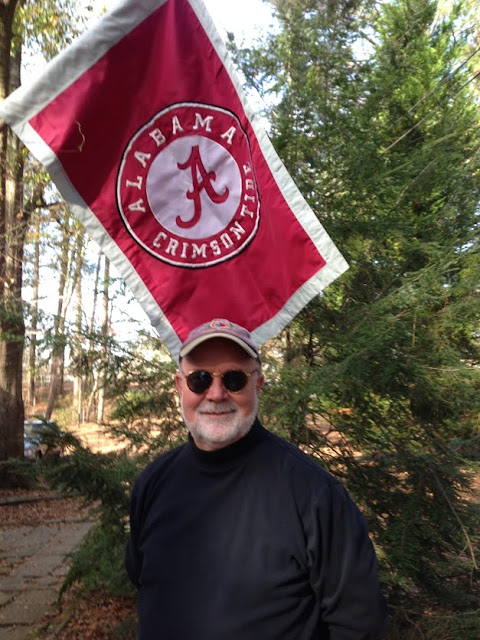 Why Friday The 13th Will Be Your Luck…
China Launches a Technical Committee …
Coach Depression sent in the play, wh…
How to Make Each Day Count When Onboa…
OPINION - Shields and Brooks 9/6/2019
Life stories, writing, music, advice, southern, Alabama,