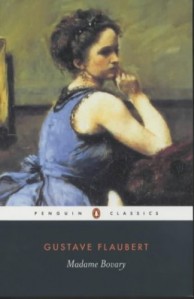 What makes a piece of literature a classic?

Madame Bovary, serialised in Le Revue de Paris between October 1st and 15th December 1856, got its author, Gustave Flaubert, into hot water as he was prosecuted for obscenity. It is widely regarded as a prime and early example of literary realism. The public prosecutor argued that not only was the subject matter immoral but that realism in literature was an affront against art and decency. Flaubert was acquitted on February 7th 1857 and his book became an instant best-seller when it was published in two volumes on April 1st of that year.

To the modern reader, it is hard to see what all the fuss was about. OK, the story is about a woman’s adventures into adultery but these days it is pretty tame stuff, compared with what you can come across these days. But that is one of the dangers of judging a book written a hundred and sixty years ago by the standards of today. Just as we should be mildly irritated by casual racism and anti-semitism we encounter in Victorian and early 20th century books, we shouldn’t dismiss the book out of hand. Standards have changed but that doesn’t devalue the book per se.

On one level, Emma, the eponymous heroine and the third Mrs Bovary in the story, can be seen as a bit idealistic, if not stupid. Marrying a country doctor, Charles Bovary, she imagines that she will not be in want for anything, whether material or romantic. But tucked away in a sleepy and parochial town near Rouen, Yonville, and after a ground-breaking tendon operation performed by her husband goes disastrously wrong, Emma decides that Charles will never meet up to her expectations, materially or romantically.

She begins her adulterous adventures, initially with a cad called Rodolphe Boulanger, who never quite reciprocates the depth of feeling that Emma has for him, seeing her as little more than another notch on his bedpost. Her other dalliance is with Leon Dupuis, who is more sympathetically drawn, introduces Emma to poetry, and flees Yonville when he is convinced she does not share his feelings. The two are then reconciled later in the book after Emma’s affair with Rodolphe ends.

When Leon gets fed up with Emma’s emotional excesses and she becomes ambivalent towards him, their affair peters out. By this time Emma, who has been masterfully induced to spend far beyond her husband’s means by the grasping and cunning merchant, Monsieur Lheureux, is beset by money troubles and the only way out is to dramatically end her life by taking arsenic. Emma is portrayed as a selfish, self-centred woman, out to get what she wants, irrespective of who gets hurt or what the consequences are.

The suicide scene is vivid and moving. It is highly probable that Flaubert, in his search for realism, sampled arsenic. In a letter dated November 1866 he wrote, “when I wrote the description of the poisoning of Mme Bovary I had the taste of arsenic so much in my mouth, I had taken so much poison that I gave myself two bouts of indigestion one after the other..”

As for Charles, it is hard to feel much sympathy for him. He has had the wool pulled over his eyes for so long that he deserved all he got. Even after Emma’s death, he cannot shake off her hold over him.

Structurally, the book is unusual in that it begins with an account of Charles’ school days, his medical training and his first marriage. Emma only appears well into the book as the daughter of a patient. After Emma’s suicide, the book continues to explore what happened to Charles in the aftermath, their child, Berthe’s, fate and then ends with the chemist, Monsieur Homais, who behind the scenes had sabotaged Charles’ medical practice, attaining his lifelong ambition, the Legion of Honour medal. It is as if Flaubert is saying come what may life goes on. For all her faults trials and tribulations, she is just a bit player in the continuum of life.

For me, great literature escapes the constraints of its time and deals with universal issues. Madame Bovary achieves this and is rightly one of the greatest pieces of literature of all time.