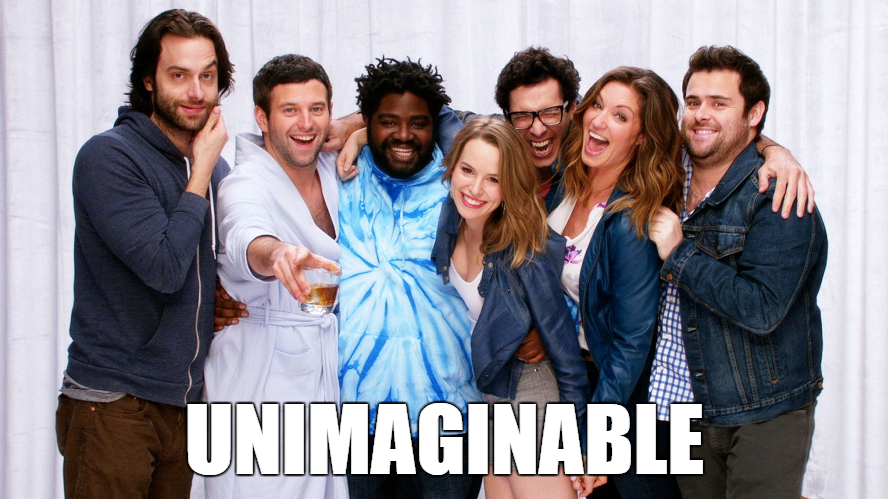 It wasn’t always this way.

Back in the 80s, viewers used to be able to turn to NBC for the absolute best Comedies on television.  We’re talking about powerhouses like The Cosby Show, The Golden Girls, Family Ties, Cheers, Night Court, A Different World and Taxi.  The 90s continued this tradition of Great Comedies with Seinfeld, Frasier, Mad About You, Friends, Will & Grace, Newsradio and 3rd Rock from the Sun.

Quick Tips To Talk Yourself Down From…
Empire of Language- Prelude-Metaphors…
خطوات عمل كيكة قدرة قادر
Everybody wants me, so when do I self…
15 Top Trends for Kitchen Design for …

Well, things went off the rails in the 00s.  NBC was still putting out great comedies like it always had, but there was a distinct difference in how those shows were handled.  It was as if NBC no Longer had faith in their long streak of great comedies.  The newer shows were constantly being tweaked until they little resembled themselves anymore or was made bad enough to cancel.  To see this in action, look no further than the last remnants of NBC’s deceased “Must See TV”.

What was not to love about Scrubs?  It took a perpetually uncool neurotic doctor (JD), surrounded him with four unique characters, and then dropped killer cameos into well connected plot devices in a hospital setting.  I loved this show during its first couple of seasons.  Unfortunately, JD became very unlikable, leaning far too hard on the bromance between him and Turk. He also strung along Elliot, who became just an accessory to JD’s inability to commit.  Even the Janitor couldn’t be relied upon for his usual chop busting after a while, as he became a leader of misfits we never needed. Let’s not even talk about what happened to the show after it left for ABC.

Ah, Community...  So much potential.  This show started off as a psychological examination of Jeff’s persona, complete with great secondary characters and hilarious revelations, all occurring at the very unique setting of Greendale Community College.  The study group might as well been a therapy class for Jeff’s deconstruction.  Then, after the ball got rolling, it was decided that Jeff’s self absorption wasn’t nearly enough, as the show itself would start obsessing about him in every episode.  It’s one thing for him to be the star, quite another to have Dean Pelton needlessly grope him all the time.  However, when it comes to bad character development, it’s a terrible tie between Troy (who went from cool jock to feeble-minded sidekick to Abed) and Chang (a fierce adversary that became a villainous idiot obsessed with the group).  The others just became caricatures, with Annie even having an actual hissy fit at one point.

And then there’s 30 Rock.  Y’know, it would be so easy to give this show a pass for being as successful (and gloriously funny) as it was, but I can’t overlook what was done to Tracy Jordan.  He went from a clever amalgamation of a few edgy black comedians to a barely intelligible buffoon that was no longer in on the joke.  Sure, it sucked that Liz was stuck on “having it all” and Jenna went attention crazy from being an over 40 actress, but nobody completely morphed into something terrible like Tracy did.  Look at this gem from the first season and notice the difference in how Tracy was portrayed later.
At least NBC only ran The Office and Parks & Recreation for too many seasons.  Putting it’s only current comedy (Undateable) on notice by airing it on Friday and making it live is a kiss of death with bad breath.  I guess we can always just talk to one another on Thursdays instead.
Do you think that NBC no longer loves comedies?
Please leave a message below or share!