Are You Suffering From Excusivitis?

Are you suffering from a word I have just made up?

Yes, I’ve made up another word. It’s probably not as good as ‘feckarooney’, but it’s better than ‘disturbation’, both of which I also Invented. (I am still trying to claim ‘coolio’ as my own, although everyone else insists a rap star invented it in the 1990s. Whatever.)

Why have I invented this new word? Because it seems to me that making excuses is a condition, a bit like an emotional illness. And it’s spreading. 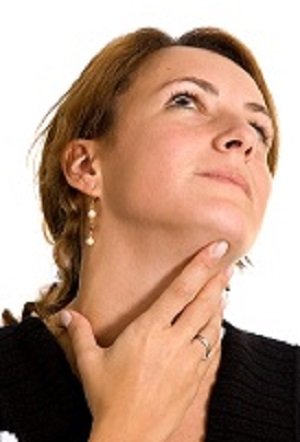 Excusivitis seems to be a modern affliction. There was no time for excuses in the olden days – you had to get on with things in order to survive. But with so many things vying for our attention these days, diverting us from what really matters, it is easy to make excuses and not to take action.

Excusivitis is infectious, too – the very first time you make up an excuse about why you can’t do something, the more things you seem able to make excuses for, and the easier it becomes to make excuses in other areas of your life.

So why do we make excuses? Well, it can be down to laziness, but most often I find it’s usually down to fear. Fear of failure, fear of success, fear that what you do won’t be good enough or that other people won’t like it.

People often don’t like leaving their comfort zones, where they have bedded down quite nicely with a packet of Hob-nobs and a cosy quilt, thank you very much. Striding out into the big, wide world with a new idea seems a little scary, compared to watching re-runs of Quincy with a nice cup of tea.

And often we believe we can’t do new, exciting things – we tell ourselves we haven’t got the skills, the wherewithal, the tools or the plan. We look at others who have taken action and done something new and we are in awe of them. But is this really true, or is it just Excusivitis rearing its not-so-attractive head?

In reality, those success stories are created by people who are no different from us – they just did what they dreamed of, rather than merely dreaming about it. That’s the only difference between those who get stuck and never go for their dreams and those that fulfil them – action. All the rest of the stuff, you can beg, buy, borrow or learn.

If you are truly stuck with something, then get some help. Don’t use that as another excuse to hold yourself back. And if you haven’t twigged yet ‘Excusivitis’ is a made-up word, which means it doesn’t exist – which means you have no excuse not to get on with things.

So, what are you making excuses for? What will it take for you to overcome them? How bored, depressed and frustrated would you need to become to make that change? Have you invented a better word than me? And why haven’t you already dropped me a line?

You only get one life – why would you want it blighted by Excusivitis when, really and truly, you could be making that life of your dreams into reality. No excuses, now. You deserve better.

The post Are You Suffering From Excusivitis? appeared first on Wiseism.

Are You Suffering From Excusivitis?

Subscribe to Wiseism ⋆ Using Wisdom To Improve Your Life