Paddington 2 is a heartwarming cinematic success and evokes the pleasing certainty that true blue British values and politeness will conquer all evil and right all terrible wrongs. It's perfectly cast, beautiful to look at, and cleverly written. It's worth seeing for the pastel coloured nostalgic recreation of a bygone London, delicious knitwear and colourful outfits alone. Even I'd want to live in London if it was like that. Oh yes and it's very, very funny.
I confess to not being a particular fan of Paddington, although I could not seriously object to a small bear in a duffle coat on any level. Here in the UK though we have had a very large dose of Paddington Bear just lately. We have had Paddington on the M&S advert and Paddington in our local department store Fenwick's Christmas window here in Newcastle, plus all manner of Paddington merchandising thrust upon us in every retail outlet.
I hate not only the rampant commercialisation of Christmas but the cross fertilisation commercialisation of shops, TV adverts, outdoor media and films assaulting our eyeballs at every turn. You may have gathered by now that I have slightly curmudgeonly tendencies when it comes to Christmas - there's no doubt in my mind that reports of toddlers asking Father Christmas for an I Pad spells out all that is wrong with this, our most revered of celebrations.
So when my friend asked if I would go and see Paddington 2 with her I had some reservations, I don't really like CGI either, but Rotten Tomatoes, the film review site, gave it 100%! I didn't think Rotten Tomatoes ever gave anything 100%, so I became more hopeful.
It really is a visual and humorous treat and not 'kiddyish' at all. In fact I think its a bit too sophisticated for very small children, and was certainly not patronising on any level. The Brown family are just so genuinely nice it's hard not to like them. Paddington the CGI bear is definitely endearing, but he is not the real star of the show in my opinion.
It's Hugh! Hugh Grant is extraordinarily amusing as the evil cravat wearing actor Phoenix Buchanan. He is outrageously camp and has a dazzling array of tremendously dapper outfits which he carries off with arch confidence. I've always thought that Hugh was an accomplished comic actor who only occasionally got the chance to showcase his sure footed self deprecating oh-so British  humour. Paddington 2 could be actually his finest hour - not so far from Notting Hill geographically  -the hapless romantic lead becomes the side splitting incarnation of an evil thespian chameleon with multiple disguises and an enormous ego.
After a terrible miscarriage of justice, Paddington incredibly ends up in prison, but happily for us, this stroke of misfortune makes for some of the best scenes in the film. Knuckles the hard nosed cook feared by all, is played by a fantastic Brendan Gleeson - he becomes Paddington's friend and they end up making marmalade together - loved it!
The prison canteen and the grey gritty porridge the men were being served, is transformed into a smorgasbord of edible delights in sort of Willy Wonka tearoom. The final scene where Phoenix, having been captured, and sent to said prison, enlists the inmates as theatrical support and proceeds to deliver his musical number to 'a captive audience' is worth watching the whole film for, by itself.
Hugh Bonneville is just the man we'd all like to marry, and Sally Hawkins is great as Mrs Brown, she has a sort of Olive Oil look with large colourful shoes which works very well here. Lots of famous faces pop up like Joanna Lumley and even that Dr Who chap, Peter Capaldi, turns up as the unpleasant Mr Curry. I also loved Tom Conti as the ageing grumpy judge muttering into his moustache.
It's all tremendously good fun, a first class comic caper, and  a real tonic at this dreary time of year. In fact I might just make myself a marmalade sandwich and go and watch it again.. 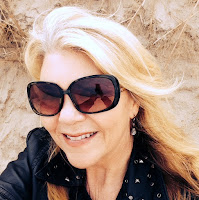 Top 12 Best Manga Websites Like Manga…
How to Turn Your Garden into Stables …
Bulletproof Coffee – How to Make It (…
How to Leverage Entrepreneurship and …
Furiosity Thrilled the Cat: Questions…