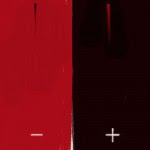 A few weeks ago, I went home to Kansas City for a week, to spend time with family, with Bill and Mary, and with a couple of hundred other friends who were all converging there for a weekend-long reunion. It was a week filled with a great deal of fun, some meaningful conversations, and an invaluable sense of belonging. But, by the time the end of the week had arrived, I was ready for it to be over. I was tired, and I longed to return to my normal routines, believe it or not.

That I was a little fatigued by the time of the final picnic on Sunday is probably not surprising itself; I had invested substantially in my role in making it all happen, and was personally engaged on an emotional level that made it kind of a week-long high for me. But, after returning home and trying to put it all in perspective, I was unable to write about the experience, largely because I was not moved by it as much as I was the much smaller reunion preceding it.

Don’t get me wrong; everything about it was great. It just lacked the intimacy of the smaller group, and it did not have quite the emotional impact on me as the time when I first came home, 30 years after graduating. This last event was more an opportunity to see and reconnect with more old friends who were also coming to Kansas City, so—as emotionally valuable as it was—it was not quite the same. For me, the homecoming I had needed had already happened.

The last couple of years have been a time of reconnection for me with myself, with friends, with skills and dreams, even family. It has been a healing process, and it was long overdue. I had turned my back on people who truly cared for me for far too long. Whatever the reasons were, they seem silly now, no matter how valid they seemed all those years I was away and staying away.

Now, I find myself driving the highway from Des Moines to Kansas City at every opportunity I can find, because I live in a town where I have few friends and even fewer opportunities to see them. I can’t point to any one reason why that is, but I know a few of the factors: a career in management doesn’t necessarily help (We can’t fraternize with the help now, can we?), a somewhat nomadic life of moving town to town and neighborhood to neighborhood contributed, a focus on the needs of the family, and I spent too many years as a workaholic. Things just evolved that way.

So, when the family changed, I was left with a bit of a void to fill, and it was not the easiest thing to do. But, I made due, just the same, and never really paid much attention to what might have awaited me at the end of my efforts to drive the one hundred and eighty-six miles south, to where I spent the majority of my life. What matters most now, is that one day I did, and I enjoyed it immensely—so much so that I kept coming back for more.

When I think about what that reconnection has meant to me, I understand it to be my own, a product of my life and my circumstances. It may not mean as much to others, whether they were a part of that small, close-knit group that gathered last fall, or the larger mass of us that jammed into Minsky’s pizza or the Embassy Suites ballroom this last summer. But, I think everyone came for a reason of their own, be it on an intensely personal level or just out of some sort of passing interest and curiosity.

I wonder if we all needed it on some unspoken, basic level because of the times we live in now. I’m not sure I have ever witnessed more divisive times. Our politics seem extremely polarized, our ideals pushed toward the far ends of the spectrum, and our social and economic circumstances spread further and further apart. I can’t remember a more acrid time in our culture than it has been over the last decade, and I can’t identify any other time in my life when there seemed to be a more defined difference between the “have’s” and have nots.”

So maybe a little trip to KC to see old friends was a bit more than reminiscing and nostalgia for all of us, at least on our personal level. Maybe we all wanted to feel some of the unity that we remember from those times as well, when our differences were of another, seemingly less significant nature. Maybe we wanted to remember and relive a time in our lives when we were more defined—to each other—by what we all shared together, rather than how everyone around us is so different from us, or has differing priorities. Maybe we wanted to spend a few days with people with whom we had no desire to argue, or could at least set aside any arguments easily, for the sake of just enjoying time with each other.

For one weekend (or more, for some of us), our differences were minimal and even forgotten about at times. We saw each other in some of the same light we used to back in the day, when we all ran the gauntlet of one of the most troublesome, puzzling, worrisome, and emotional periods of our lives together—with a little more added. We framed each other from our memories we had of each other then, but with the added nuances of what we had recently learned about each other over the last few months. But through it all, we were connected by what we shared, more than we were separated by what we didn’t share.

And there was more to it than that, actually. While we were all together, we didn’t just lose our differences; we also lost, or forgot about for a while, the mundane responsibilities, the stressful pressures, and the sometimes hectic pace of our everyday lives back home. We were, in effect, on vacation from our real lives, the “pause” button pushed and all the noise of what we deal with daily silenced for a few short days. I don’t think it was anyone’s unhealthy denial; I think it was just a welcome respite.

I wonder how many of us, once it was all over and we returned home, suffered from some sort of a vacation hangover. I wonder how many of us had a hard time going back to the first day of work, or the laundry and the bills and the necessary upkeep of our daily lives. And I wonder about how many times, as we dragged ourselves back into our routines, we caught ourselves going back and reliving a memory or two from the previous week.

I know I did. I still thought about it for several days during the week after, when I returned to work and my life in Des Moines. Because, no matter how tired I was at the end of that week together, or how different it was from the time fewer of us got together the year before, it was still the best days of my summer. It was still time well spent seeing people whom I wondered about from time to time, people I was glad to see were still around to be there, no matter our differences.

© 2010 Cody Kilgore. All Rights Reserved worldwide under the Berne Convention. May not be copied or distributed without prior written permission.