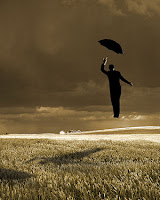 I was digging around in some old boxes the other day, in search of something I just knew I had stashed and kept somewhere for safekeeping because I knew I would surely want to have it as a memento later. I was not having any luck finding this particular item, but I was finding all sorts of other memorabilia that I had long forgotten I'd kept. After a few minutes I gave up on what I thought would be a few minutes of searching, and let it turn into a much longer trip through memories.

Among the things I found which were most interesting was a list of the “100 Things I Want to Do In My Lifetime.” I can’t remember at what age I originally wrote this; it may have even been prompted by a speech I once heard by Lou Holtz, the then-venerated coach of Notre Dame football. But I had not heard that speech until I was in my thirties, and I am pretty sure I remember dreaming up this list in my early twenties sometime.

The list ran the gamut; it hit on everything from visiting that rare travel spot (“Tour an Aztec or Incan ruin,” or “See the pyramids”) to civic or charitable tasks (“Help with A Habitat house,” and “Fulfill a Dear Santa letter”), and even the less ambitious (“Handcraft a piece of furniture,” or “Have a recipe published”). There were the obvious ones that I have had all of my life, like getting a novel published, or doing a photographic safari in Africa, and some that I will now never get to do in my lifetime because they can no longer happen. Not unless Pink Floyd comes back together, or Dean Smith returns to coaching the Tarheels again.

Most of the list is very ambitious, although I did not think so at the time, I'm sure. I am betting that I believed it would all happen one day, with little doubt. I believed I just had to keep pushing toward the opportunities, keep hoping, keep my eyes open, and keep that hunger for seeing and learning new things. I think I've always had a hunger for learning (although my high school teachers, or Principle Klaasen may not have thought so), as well as a thirst for a certain level of adventure.

At one point in my life I let that hunger and thirst get dulled, blaming it on the responsibilities of being a father and a husband, and of providing a living for my family. I took it even further—too far—because it became more of an excuse for not living life to its fullest, and became an excuse for not even living life well. I let it make my life…well, a little mundane.

But I must have had that urge still living in me somewhere, because it tried to manifest itself in other pursuits. Instead of feeling the need to “Dive the Andrea Doria,” or “Drink a beer in Munich,” I set my sights on clawing my way up that next rung on the corporate ladder, buying a bigger and (supposedly) nicer house, or a bigger SUV. I became very good at all that.

Funny, but the one thing that was not on that list was finishing my degree in college, even though it would later become one of the most significant (for myself) accomplishments in my life. It was unfinished business, so I can’t imagine why I would have left it off the list, unless I wrote that list during my somewhat angry “I don’t need a sheepskin to be successful” days. That would date that list to somewhere in my early twenties, when I had run out of money for school, was rising fast in the ranks of the railroad contracting company I worked for, and traveling quite a bit. To know when I wrote it, it also helps to see the nature of what is on the list; there is nothing there that a father could reasonably run off and do with a family in tow.

The completion of my degree would later happen at a crucial time for me. I was forty, and my marriage was in trouble. In fairness, it was likely in trouble—at least in part—for one of the very reasons I was working so hard, to be a good provider. I was a certified workaholic. I thought that hard work would get you everything you needed, or all the rewards you hoped you would one day earn. I was always chasing that proverbial carrot that dangled just out of my grasp, sure that my equally proverbial ship would come in if I could just reach out and grab it. Every day was just one more lunge. But the time and effort I invested in that took away from what I should have been giving more energy and attention toward, and so that ship hit tough waters, and eventually rocks.

In the midst of all that, I began looking around for other ways to satisfy my need for learning and new experiences, and finishing my college degree was just the thing. I had a campus less than five minutes from my office, they offered a number of the classes I needed online, and I was alone in the town since Michelle and the girls had already moved back to Des Moines ahead of me. I thought it was a productive idea that would fill my time, my mind, my curiosity, and keep me out of trouble. And, that it did.

I was soon drifting further and further away from career ambition and enjoying more and more of the other things in life. A different perspective of Corporate America began to take shape in my mind, and I began to see myself as having been a little bit foolish in my addiction to work. I approached my role as a father differently and relished it more. I tried to be a different and better husband, thinking that I could still save our marriage.  It was a little too late for that.

Eyes opened, I moved on, with the desire for learning and experience now returning to replace the need to achieve career success and material possessions. I no longer needed those things, and instead wanted a life enriched in a different way. I wanted my dreams back.

Sometimes I worry if I am too much the relentless dreamer, and that I am sometimes fooling myself with what I think I can achieve, or am addicted to whatever it is that I do not have in my life and feel the need to pursue. It reminds me, when I think about it, of a gambler who is sure that their one big jackpot is surely going to happen for them, if they can just keep playing, just keep in the game. It’s probably a good thing I don’t gamble.

But still, I believe in myself, and I believe in the different types of pursuits that I have in my life now. I believe they are better than I’ve had during the “middle” of my adult life, and more in line with my true self. They may still be only dreams at this point, but I think we all have to harbor some sort of hopes for ourselves that are outside the scope of our everyday lives. Without them, a little of our spark dies, and we let more and more of our spirit and core erode, or just fade away. Can you imagine a life without any dreams, or something similar to a dream?  Something to which we look forward? I can’t. I could only imagine it to be like a slow death.

So I keep alive the thought that I am supposed to—no, destined to—do something more with my life. I’m not sure I could kill it even if I wanted to, anyway. It has always been a part of my life, further back than I can remember making that list of 100 things those many years ago.

When I was looking back over this list, I noticed that—for all the dreaming and wishing I did back then—I had a pretty fair amount of them I could now cross off the list. I know that they were things that were (then, when I made that list) far removed from my life and its possibilities. But, I have forty-two of them completed at this point, which puts me just about on track, given that I am only about to the halfway point of my lifetime right now.

I guess it pays to dream.

© 2010 Cody Kilgore. All Rights Reserved worldwide under the Berne Convention. May not be copied or distributed without prior written permission.