A Small Note About a Big Man 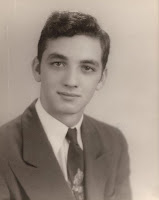 Yesterday morning, quietly and peacefully, and on one of the most beautiful summer mornings I think we've had in a while, my father ended his long battle with cancer. He beat it back into remission a few years ago and reveled in that victory. This time, he couldn’t, but he still fought the good fight. He lived some sixty days longer than the doctors said he would live. He diligently cared for the health of his wife of 37 years, Margaret, despite his own challenges. He attended a surprise birthday party friends threw for him just a few days before the end came. One week he was driving, the next week he was gone. That was my dad. A scrapper.

My father was all about his family and friends. He never lived his work, but instead, he worked only to provide a decent life for his wife and kids.

Warm days at the lake cabin. Fishing trips to Canada. Saturday morning bowling leagues. Summer softball. Royals games. All-night card games at my uncle’s house. These are the things I remember with my father.

He loved all his kids equally, no matter how near to him, or how far from him, they lived. He took a great deal of pride in what he saw of himself reflected in them. He was always there to lift them if they needed, and always there to celebrate their successes as if they were his own. In a way, they were.

If you’ve chanced upon reading this, I’d like to ask if you might do me a favor, wherever you are at the moment, and as awkward as it may seem. Either literally, or just figuratively, I wonder if you might just stand for a moment and join me in giving my father one last tribute—one I think he would appreciate and enjoy—and offer him a brief, standing ovation for a life well lived.

Thanks, dad. The kids are alright.

A Small Note About a Big Man