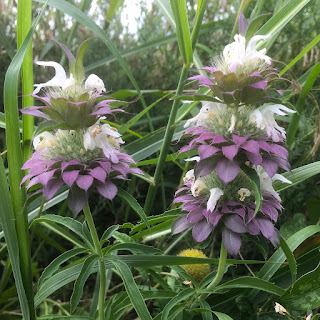 I guess I was surprised that the carpenter actually showed up. My expectations are pretty low these days. I liked the guy. His life seemed like the carpenter's version of mine. He'd worked for a number of large construction companies and employed other people himself before concluding that he was happiest working alone. He asked all the right questions and seemed knowledgable. If his bid seems reasonable, he'll be the guy I use to rebuild the greenhouse. Hopefully, by the end of the Summer I can cross this task off my list.

I also called a sculptor friend to see if she could repair a backyard sculpture that got broken during the same June storm that destroyed the greenhouse. Since I was feeling industrious, I climbed up on the roof to see if I could patch some small tears in the elastomer coating using the Liquid Rubber in a Can that I bought at Costco a few weeks ago. After examining the area carefully, I chickened out and begged the roofer who's trying to avoid me to bring me a new supply of the Armor Flex silicon material instead. If I use anything else, I think the repair will fail because silicon only sticks to silicon. The Liquid Rubber in a Can also had all sorts of danger warnings in very small print in the can. I don't have a good feeling about this stuff.

I was a little envious to learn that several of the folks I went to Kennedy Space Center with were participating in Apollo 11 50th Anniversary events today. One got invited to the U.S. Space & Rocket Center in Huntsville, Alabama to hear Buzz Aldrin and other Apollo era astronauts speak at a special 50th Anniversary Dinner. Another was at the Smithsonian in Washington DC for the unveiling of the restored spacesuit that Neil Armstrong wore on the moon. A third was taking his wife to see a Duran Duran concert in the Rocket Garden at the Space Center. There wasn't much on my agenda. After talking with the carpenter, I just took another very hot walk in the park.

I don't know why this summer seems like the hottest ever. Last year it was well over 100 degrees at this time. I remember a year that was so hot that the lake started to dry up. So far this year it is only in the 90's. It still seems miserable to me though. Maybe I'm just getting old. I need to start watering the grass more often. Everything is turning brown and going to die soon. I hate the thought of humongous water bills though. I find myself wishing for rain and hating rain at the same time. Basically, I'm ready for Summer to be over.

Fifty years ago this morning Apollo 11 started its journey to the moon. There certainly wasn't anything momentous going on today. As I channel hopped while I was drinking my smoothie for breakfast the only things on the news was more of the endless bickering you see in Washington DC these days. I'm enjoying all the documentaries about the Apollo 11 Anniversary, but I wish something equally exciting was going on now.

In lieu of excitement, I picked up a prescription at the pharmacy and finished updating the Dalmatian Rescue website. At least I did something today.