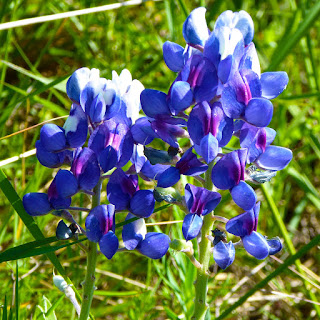 Watching Notre Dame burn left me with an uneasy feeling that civilization itself was coming to an end. Paris has always been my favorite city. Every time I've been there, it seemed to represent what a great civilization could become. The place was magic. I'm not sure I'd feel the same way if I returned today. Terrorist attacks, civil unrest, squalid homeless camps, and this horrendous fire have changed the place. I don't know if the fire was caused by simple carelessness or malicious intent, but it shouldn't have happened. We can do better. This building was constructed during the Middle Ages. It survived the French Revolution and two World Wars. The cathedral was a vibrant and important part of European life long before the United States even existed. The fact that it burned today just seems like a bad omen to me.

I've always loved great cathedrals. Janet and I have climbed to the top of St. Peter's and looked out over the Roman skyline. We've stood in awe in front of Gaudi's Sagrada Família in Barcelona. We visited Salisbury Cathedral on our way to Stonehenge. Once, my German hosts took me on a special private tour of The Cathedral of Saint Lorenz at the end of a business trip to Nuremberg. These places were all amazing to me, but probably Notre Dame was the best of them all. It was very sad to see it burn today.

This morning I made arrangements for Dash's funeral. It isn't really a funeral I guess. Just a private cremation. It will seem like a funeral to us. We will spend some time with Dash in a quiet room with candles and say our final goodbyes. The staff will make a paw print and we will wrap him in his favorite blanket. Then I will carry him to the crematory and we will leave. All this ceremony may seem silly to some, but it brings us closure. We have done this for all our dogs. There are five little cedar boxes on our coffee table. Soon there will be six.

I took a walk by myself this morning. I followed one of the trails the dogs used to love when they were young and active. Jeez. We used to walk a long way. I was winded by the time I returned home. Dot and Dash's decline has been so slow and gradual that I never really realized that our walks were getting shorter and shorter. I forget sometimes that I have been walking dogs in this park for thirty years. I know every inch of this place. We are lucky to live near the largest urban lake in the country. Our park is larger than Central Park in New York. It is very pretty. If you were a dog, this is definitely where you would want to live.

I took some more of Dash's things to the storage warehouse this afternoon. The warehouse is getting full again. Sometimes the whole idea of downsizing seems futile. There are always things you want to keep. I have things of my Dad's that I will never use but it seems disrespectful to throw them away. It's easy to throw away an old computer. It's much harder to throw away dog blankets. You should never throw away your dog's collar. We've accumulated a huge collection of dog collars.

I'm still not used to getting enough sleep. It almost seems unnatural.