My cell phone rings and the image of Jessica appears on the caller ID.

"Evening, Ewe, can we talk over the webcam?" The tone of her voice is sticky-sweet.

"I know a delicious porridge stall that you should share with your readers."

"That's interesting. I'll get to my computer in a minute's time."

I lean back in my chair and see Jessica on my computer screen. "How did you know about this porridge restaurant?"

"That night when Hussein took Wati for dinner, I was with Chow Kah. He took me to this porridge stall and orderd six-flavour porridge, the stall's signature dish." Jessica forms the numeral six with her thumb and pinkie (pix below).

"I thought he's under curfew every night?"

"That night, his wife went dancing (pix below), said she won't be back as she doesn't want to drink and drive."

"What's the name of the place?"

"It's called Shanghai Porridge, actually a stall in a hawker centre in Selayang's Intan Baiduri.  It offers many types of porridge but the best is its six-flavour porridge." She picks up her cell phone. "I'll email the pixs which  I took to you now." She puts her cell phone away after touching its screen. "Done! There's also old Shanghai music from a portable CD player at the stall. The music was relaxing." 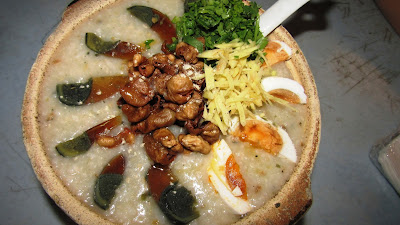 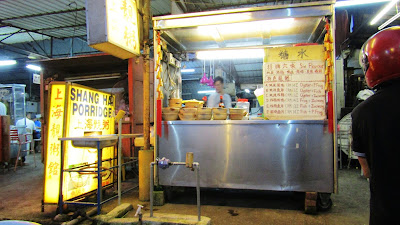 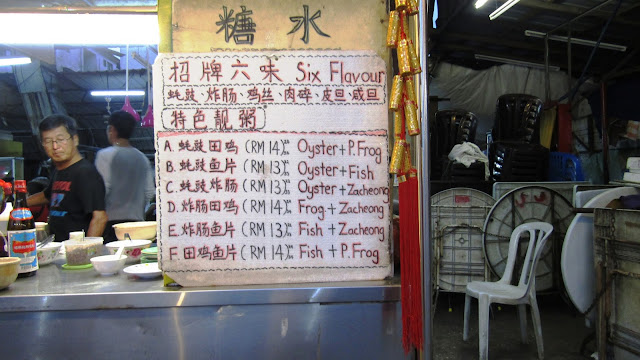 I look away from my cell phone to the computer screen.  "Anything, er, naughty happened after your supper?"

"That wolf Chow Kah asked whether he can come up to my condo. He flirted with an indecent proposal." A shade of rose dusts her cheek in embarassment. "Asked me 'can you teach me a new position my wife doesn't know? ' "

"Sweet thunderation!" My eyes jolt open wider. "What was your reply?"

Her lips slope into a dry smile. "I told him, 'Dear, you can stand by my ironing board while I lie on the couch to drink beer and watch English Premier League on TV. ' "

A chuckle rolls from my lips. "Full address of the stall, please?"

"Tapak Intan Baiduri, Jalan Intan Baiduri, Selayang. Hand phone number of Simon Chai, the boss, is 016-2882010." She forms the numeral six again (pix below). "Don't forget -- the six-flavour porridge is a die-die must eat!" Her smile works its way into a grin. "Good-night!"

1000 Things you can buy for less than R5 at Shoprite

The best lunch time cup-a-soup ever!

You are what you eat!