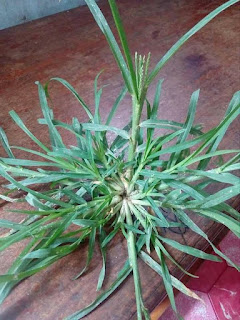 NO WONDER this grass went viral all over the social media. With its endless health benefits, it is truly God’s gift to mankind. We can find this weed almost everywhere throughout the Philippines and mostly in warm countries. This grass is widely spread along river banks, settled areas and even along roads! And because of our ignorance about the abundance of its uses, it is normally ignored by many.

Beard Bib – Solution For Messy Groomi…
Just Nasty: Pastor Got The Congregati…
8 Steps You Can Take to Empower Your …
SkinnyLove – Fatburner Koffie
Cuomo’s got millions to run again. Bu…
Many people have testified about how amazing and effective this grass is in treating common and severe illnesses. Now, we present to you the reasons behind the buzz.
What are the Health Benefits of Paragis?
#Paragis is widely used in Africa as an alternative medicine to different kinds of illnesses.
Aeta people from Porac, Pampanga used burnt dried leaves of Paragis as a repellent against insects.
Leaves of Paragis contain silicon monoxide, calcium oxide, and chlorine.
Dried leaves contain protein.
Many declared it to be anti-inflammatory, a natural antihistamine, a natural diuretic, antidiabetic, an effective anti-oxidant and has cytotoxic properties.
Parts of Paragis that Can Be Used as a Herbal Medicine
Leaves
Drinking boiled leaves of Paragis or making a Paragis Tea will ease several pains and illnesses. You can also patch the minced or pulverized leaves on some conditions.
Stems
Boil the stem with leaves to achieve more effective results
Roots
Drinking boiled roots can also cure several illnesses.
Health Conditions That Can Be Cured by Paragis
#Cancer
Because of this plant’s antioxidant properties, this can lower the risk of growing cancer cell in your body.
#Ovarian Cyst and Myoma
Patients with ovarian cyst conditions have proven that drinking Paragis tea in a daily basis has made the cyst completely disappear.
#Kidney Problems
Paragis is a natural diuretic which increases the amount of water in our body and expells salt as urine.
#Arthritis
Heat pounded leaves mixed with scraped coconut. Patch and bandage on the affected area.
#Diabetes
Drink Paragis tea regularly and say goodbye to diabetes.
#Wounds
Apply decoction to wound to stop the bleeding.
#Parasitism
Paragis is a strong laxative that can flush out worms and parasites from your stomach.
#Urinary Tract Infection
You may stop taking antibiotics and start drinking boiled leaves to immediately cure UTI
#Hypertension
Lower the risk of high blood pressure by drinking boiled leaves and stems of Paragis.
#Fever
You won’t be needing any medication to reduce your temperature. Just Drink Boiled Roots of Paragis for faster and more effective results.
#Sprain (Pilay)
To have an instant relief from a sprain, patch some minced leaves on the affected area.
#Dandruff
Reduce the appearance of dandruff. Mix minced leaves and stems with coconut oil. Use it as a shampoo and gently massage it on your scalp. It can also stop hair fall and help your hair grow back to its original thickness.
#Dysentery
This is a type of gastroenteritis that results in diarrhea with blood. Drink boiled roots of Paragis to ease this alarming condition.
#Other Illnesses that Can Be Cured By Paragis:
Asthma
Hemoptysis
Bladder Disorders
Liver Problems
Jaundice
Malaria
Infertility in Women
Epilepsy Credit : JMW Co. Ltd Philippines

This post first appeared on My Cyber Station, please read the originial post: here
People also like
Beard Bib – Solution For Messy Grooming
Just Nasty: Pastor Got The Congregation Drinking His Self Proclaimed Holy Water
8 Steps You Can Take to Empower Your Workforce
SkinnyLove – Fatburner Koffie
Cuomo’s got millions to run again. But he may be too toxic to build a team.