Will Trump Surprise Us All? 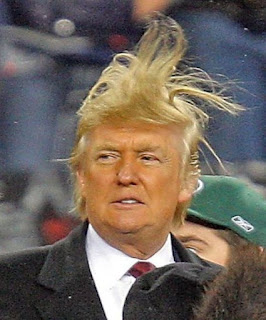 I've been predicting since it became obvious that Clinton and Trump would be the nomineesfor the two major parties, that the race would come down to which of these despicable candidates is more hated by the American voters, and that Clinton would win because she is hated slightly less than Donald Trump.

In an recent opinion piece, Monica Crowley has a different spin on the election. Crowley lists both candidates' views on the current state of the U.S. and maintains that, while polls show Clinton in the lead, the American people actually support Trump's view on the current condition of the country.

My track record for predicting the results of previous elections for POTUS hasn't been stellar. I'm more often wrong than I am right. Crowley's column leads me to think that my current prediction of a Clinton win might be wrong and Trump may surprise everyone. We'll just have to wait and see.

Will Trump Surprise Us All?