Not With a Bang, But a Whimper 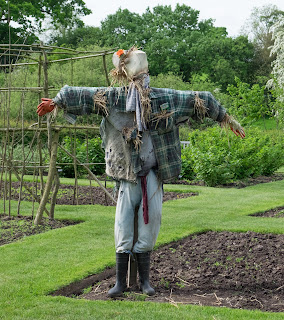 It's difficult to characterize the strange departure of that strange man, on January 20, 2021, from that position he's more or less occupied for the past four strange, chaotic, and shoddy-seeming years in the political/social life of our Republic.  It seemed rather shoddy itself, in the sense that it appeared poorly made--rather like what I suppose must be called his "farewell speech."  "Pathetic" or "sad" come to mind, given the small size of the crowd at hand and the expectations of some.  "Modest" might be a kinder description, but the man and his administration, and his followers, can only be described as immodest.  As he rambled and the curious selection of songs played--songs which apparently were standard at his political rallies--the spectacle created was far less than spectacular.  It was a muted, uninspiring send-off.  That much can be said.

A-Reece – The 5 Year Plan ft. Wordz
What Do Carpenter Ants Look Like?
When You and Your Best Friend Had an …
Remote Learning Resources for the Fir…
10 Best and Effective Instagram Marke…
It seems clear that the riot at the Capitol in an effort to prevent ratification of the vote of the Electoral College was responsible for the subdued nature of the departure.  Was there a miscalculation, or a misunderstanding, of its impact or effects, or were those who provoked it content with it's outcome?  Regardless, it changed everything in the political scene, for a time at least.
The title of this post is, of course, from T.S. Elliot's poem The Hollow Men.  Given the bombast, the Sturm und Drang of his tenure, it was reasonable enough to anticipate it would end with a bang.  If what is written about the beliefs of some of his fans is true, they certainly expected a bang, and perhaps even literally a bang or succession of bangs accompanying the seizure of power by him and his adherents, preventing the inauguration of a new president and providing for...what, exactly?  A regime of some sort.  It's astonishing what people can believe; what they can be convinced to believe, in this 21st century.  Having been lied to for so long by so many regarding the late election, though, their belief and resulting disbelief at its disappointment may be expected.
So we witnessed, instead, a whimper.  Not the whimper Elliot wrote of, of course.  It seems appropriate that at the end of a poem filled with allusions to various and sundry great classical and literary works, already written, meandering to conclusion of weary resignation to a world in which moral and philosophical inspiration are absent, the world would end in a whimper.
But the Hollow men of Elliot's poem have only the fact that they're stuffed with straw in common with those denizens of the world created by Trumpery, or Trumpism.  Hollow they certainly are in being thoughtless, made of straw, like the scarecrow of Oz without a brain. In that sense the impression given by the ceremony of departure of scarecrows, of a diminishment of their significance when all was said and done and efforts at sabotage of an election failed, was satisfying and appropriate.
But these hollow men don't lack inspiration.  They're inspired but not by moral or philosophical concepts.  Instead they're inspired by fears of all kinds involving people unlike them, who they believe seek to end their way of life, their world, with a bang. They hoped for a bang of their own the day of the inauguration.  They didn't get it.  Their hopes ended with a whimper.
But if people are so easily led and fooled, the world may yet end in a bang.

Not With a Bang, But a Whimper