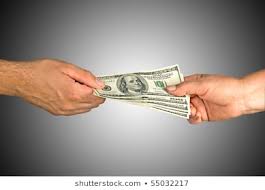 Elvis Costello composed, and sang, a rather caustic song about the profession I've devoted the majority (I won't say the "best part") of my life to--that of the law.  It bears the same title as this post.  I've thought it a bit too nasty, but wonder now if it isn't quite nasty enough.

Flying Carpenter Ants!
How to Organize a Blog Post and Struc…
It’s Me – Chapter 8
Sex on Your Period – Reasons to Do It
The market crashed 4.5% today, finall…
The Practice of law can be addictive, in a sense.  It requires a kind of critical intelligence, and the application of the intellect has its attractions.  When that application is successful it satisfies something like a craving.  The practice of law can even be admirable, when the stakes and the principles involved are high.
I don't intend to pontificate regarding the fact that the law and the results of its application can be unjust.  I've long believed the law and morality are distinct and different, and that equating them results only in confusion and the imposition of some values over another, for no better reason than that those values are those held by those making, or applying, the law.
But using the practice of law as a vehicle to avoid or corrupt the law's clear meaning and intent is tantamount to a betrayal of the profession and of the law itself.  The rule of law must be honored if there is to be any law, properly speaking.  There are few more despicable than those who are traitors, and traitors are those who betray that by which they benefit; that which makes them what they are.
The clearly meritless efforts of those who have sought to overturn the results of the recent presidential election through the courts can only be described as what Elvis Costello referred to in his song as "whoring in the practice of the law."  Those efforts are otherwise inexplicable.  Even lawyers of the most limited comprehension and ability would recognize that the theories which have been propounded in support of those efforts are no more than the legal equivalent of passing gas.  They smell; they reek of stupidity.  They're so obviously insufficient in court that it cannot be maintained that they're brought it good faith, because if that were the case the lawyers propounding them could only be gibbering, drooling idiots or perhaps lunatics.  I'll assume that they're neither one or the other, in which case they're merely malicious and will be as outrageous as anyone would like provided they're well paid for their efforts to satisfy their customers.
I won't defend the virtue of the practice of law, though I'm a lawyer myself and have been one for many years.  Virtue isn't a characteristic of the law or its practice.  Only a person can be virtuous.  But it's nonetheless quite possible for a lawyer to be virtuous, even when practicing law.  It requires only a sense of honor and of the sanctity, so to speak, of the rule of law.  It means that a lawyer won't knowingly seek to undermine that which is clearly legal through the legal system itself.
Because the law recognizes the right of all to a defense in criminal matters, and that this right can only be preserved through competent representation, defendants are represented even when it appears likely they committed a crime.  That's part of the rule of law in this country.  But it's another thing entirely to represent someone or thing in an effort to subvert the law itself.  For a lawyer to represent a client in that case, for a fee, is to sell his/her legal soul.