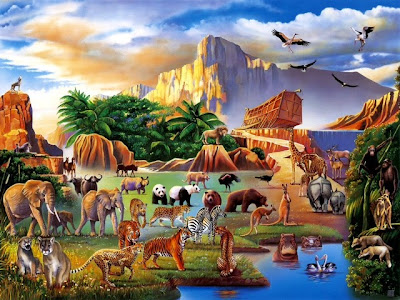 Confession, and one that I think makes me less of a rocking good human: I'm not an Animal person. I mean, I am an animal, so in that sense I'm either in denial or I'm the most reprehensible kind of social climber, denying my own people/fellow animals like that, but it's true. Taken as a whole, animals weird me out. If they spoke, that would help. And English, while we're at it, would be good. But I'd be down with Portuguese or Arabic or Swahili or French or whatever, because it would tell me we're sort of working in the same cognitive realm, and that would be comforting. If somebody's talking, then they're probably thinking, and I like that. Also, as a habitual people-pleaser, I can't please you if I can't figure out what you want, and if you're an animal and I don't anticipate your needs, I don't know how reasonable you're going to be about that. Like, what's the penalty? A pecking? Execution?


This post first appeared on The Gallivanting Monkey, please read the originial post: here
People also like
What to wear: outfit ideas for Christmas & summer
Karen Wiesner: I Have Dreamed a Little Dream (Authors and Dream Inspiration), Part 2
how to control your thoughts - lovelcute
Everything5pounds review: Is it Legit or Scam?
Review: ‘Trouble’ Scott Van Zen