I come from the land of the ice and snow

From the midnight sun, where the hot springs flow
The hammer of the gods
We'll drive our ships to new lands
To fight the horde, and sing and cry
'Valhalla, I am coming!'

Okay, maybe not quite so dramatic, but a bracing trip to a home of the Norse gods seemed like a good idea. 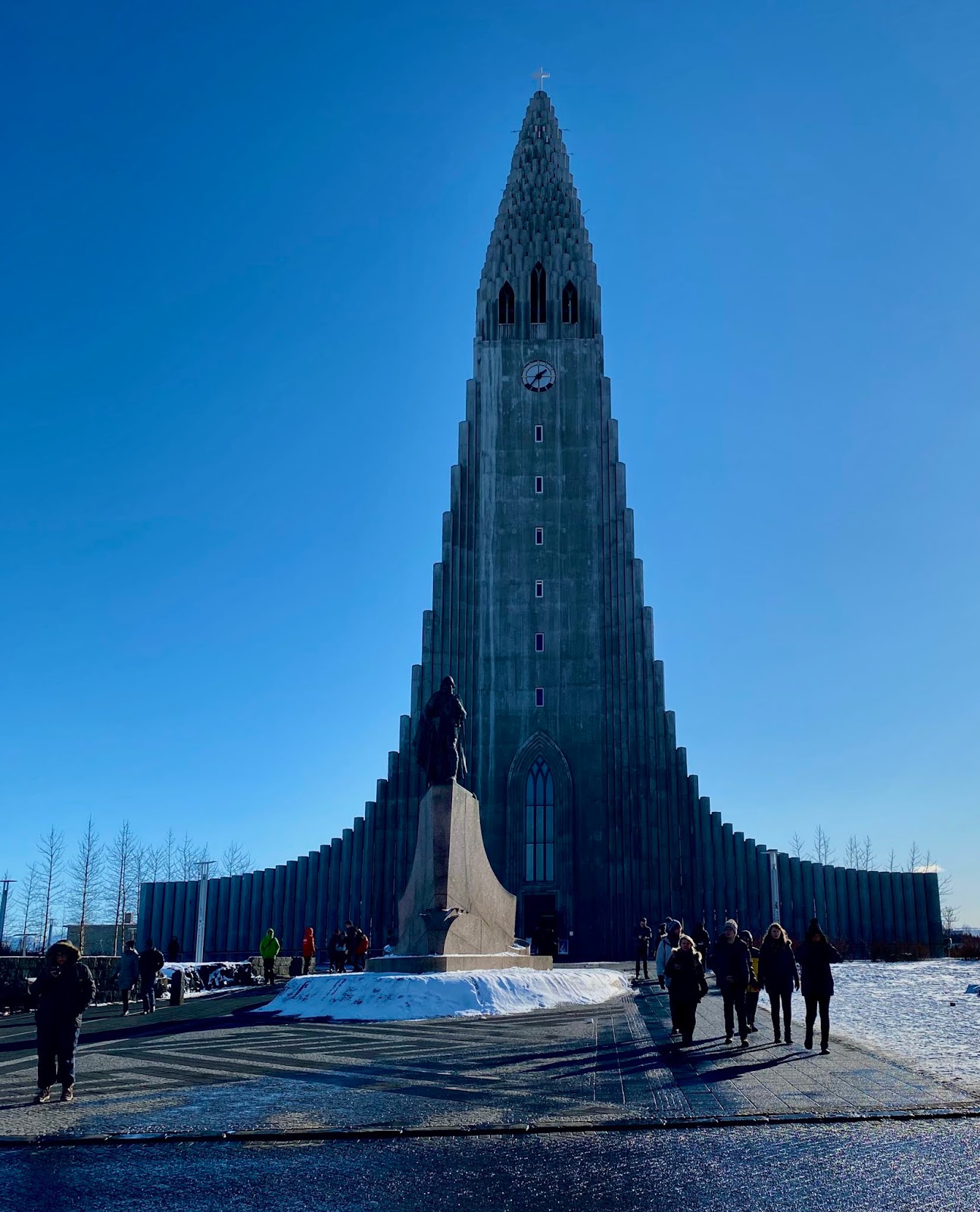 So here we are in Reykjavik, where the snow blows horizontal and the shop signs are written in a undarleg elven tunga.

In practice, the Norse gods were phased out in AD 1000, when the Þjóðkirkjan (Lutheran Church) was imposed by an act of Parliament.

Indeed, the pagan idols were chucked into the Goðafoss waterfall, and most of the country was made Catholic for five centuries until the Lutherans came along.

There's still plenty of references to the pagan gods around the town too, and I couldn't help noticing the tee-shirts worn by locals with various Jimmy Page and Robert Plant lyrics. Led Zep visited Iceland on a cultural mission, encouraged by the Icelandic government and penned the hammer of the gods' line which became a model for all of heavy metal.

We are staying in the middle of town too, which is a surprisingly short walk to anywhere. More of that later.

I come from the land of the ice and snow