Dating as a Fat Woman is a difficulty. Dating outside your culture is a challenge. Dating someone from a thin-obsessed culture while being a fat woman is a near impossibility.

One major reason I never pursued some of my crushes in college was my awareness of the stigma being overweight carried in their culture. While being fat was certainly not a celebrated attribute in my own culture, the sheer amount of overweight people made it somewhat acceptable to a minority. Having grown up in the south I was accustomed to many people around me sharing the same weight issues. This cannot be said of many East Asian cultures. Not only is being overweight seen as unattractive, but the frequency of overweight people seems to be lower. There is also the fact that Asians tend to be smaller in general than most Europeans, and therefore there’s a different standard on what skinny is. A woman who is considered thin in the West may be considered somewhat chubby in some Asian countries.

Being a fat woman myself I felt somewhat cursed being more attracted to men from these cultures than my own. I also kept quiet because I feared being labelled as the female version of a white guy with yellow fever. I don’t consider my attraction to certain physical features to be a fetish. I see it as no different as preferring blondes or redheads. Some people like tall blonde men with blue eyes. I’ve got a thing for straight black hair and coffee brown eyes. I’m not a “weeaboo”. I can’t name a single Kpop singer. And I don’t expect an Asian man to suddenly start singing “Be a Man”. Although that last one would be pretty impressive. 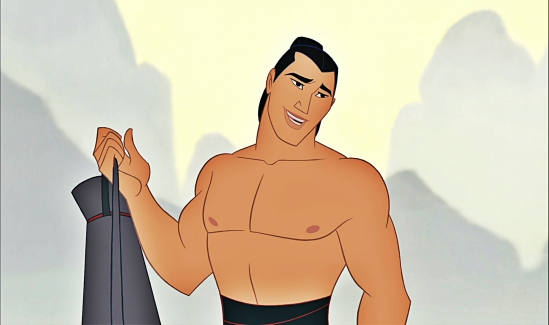 My God is Mulan a lucky gal. Mmm-mm!

It came as a shock when I realized that many of the men I was attracted to actually were willing to go on dates with me. Even more shocking was the realization that I suffered the exact same issues my  skinny friends endured when dating.

I met this one guy on the infamous website OKCupid. I was impressed by how he sent long, detailed replies instead of the hackneyed phrases you typically see with online chatting. We went on a couple dates. He had some complex about his own ethnicity. His parents were originally refugees from North Korea ,and he was born in an area devoid of much diversity. His insecurities perplexed me. He was gorgeous, and even at one point had lifted his shirt to reveal a six pack. What did he have to be insecure about?                                                           At the end of the date he wanted a kiss,but prudish younger me protested- “I don’t kiss on the first date”. Despite being quite extroverted I would instantly become a shy wallflower the moment any male expressed interest in me. Like any American male in his early twenties he was looking to get a little something something. My younger self wasn’t ready to really engage in the physical realm as I was far too shy about romance so we parted ways after the second date.

Later on I had a boyfriend who couldn’t speak English. We dated only for a short time. A couple weeks to be exact. I spoke to him in broken Mandarin Chinese. I went for a road trip with him and his friends. It was during this time that I discovered I like chicken feet. He was a gentleman. Cooked for me, held doors open, would take my purse and hold it when we went out shopping, and never pushed for sex. I broke it off  for reasons I won’t go into, but it did take a couple tries because he didn’t know what I was saying at first.

There was the bus guy. I was riding the bus back home and noticed a keychain on this guy’s belt. I also noticed he was very cute,but my way of flirting is to just talk platonically. I complimented him on his keychain. We talked a bit,and I guess he picked up on my attraction to him because he asked for my number. After a couple days of texting, he invited me over and made some killer pho. When I admitted I liked Asian guys he leaned over really fast and planted a quick kiss on me. I was quite shocked, in a good way. We hung out more over the next few weeks. Valentine’s Day was on the horizon. Me, being very naive, thought since we  did a little more than just kiss that I would get something for this romantic holiday. Boy was I ignorant. I remember getting frustrated, and later on jealous when he talked about other girls.                                                                                              You see, I had this misconception that if you are fat that the only guys who show interest in you must be the ones who look beyond looks and want a Relationship. Ha. I relearned this lesson after briefly being involved with this Japanese guy who had just gotten out of a long term relationship. My judgement skills were a bit poor. We went on three dates,and kissed a lot. I caught feelings. This pushed him away as he was not looking for a relationship. I spent half a day crying over this guy. How silly right? 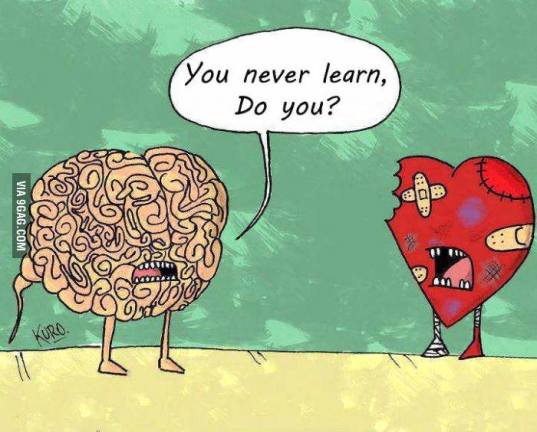 With my new awareness that most young men were after one thing I said “Screw it. I’ll just experiment”. And that’s exactly what I did. I shifted from prude to almost hoe.  I met this one graduate student who was from Tamil Nadu. He was both nice and douchey at the same time, if that makes any sense. He was nice in that he would fix my computer for me, but he was douchey in that he was the type of guy to text me at 2 A.M saying he was coming over. Just to be clear, I did not let him come over at 2 A.M. We had a strange friendship, if you could call it that. Mainly we both used each other to experiment with. During the same time I met another guy. He was from Sri Lanka. Unlike the previous guys, he wasn’t actually a student. This guy worked for a local engineering company, and we hit it off pretty well. We became really good friends. Even best friends. We used to spend weekends eating out, watching stand up comedy and discussing philosophy. He was the only one of these guys who really made any comments about my weight, but it wasn’t often. His comments ranged from jokes when he drank too much to telling me that I would be a “beauty queen” if I lost the weight.

Around this time is when I entered into a relationship with my ex who was a Phd student from Nepal. This relationship was long distance as he had moved down south for graduate school. It was also a bit toxic. In fact that the entire story of my relationship with my ex will get it’s own separate post. I stopped contact with the guy from Tamil, but of course maintained my friendship with my Sri Lankan friend. Unbeknownst to me, my friend actually had feelings for me. He was not a very demonstrative guy so it took awhile for me to even suspect. He did have times where he seemed to be jealous. He also used to go through my phone and read my messages, which I didn’t appreciate. It wasn’t until one night when he drank a tad bit too much that his true feelings all came forth. He even asked me then and there to choose between him and my boyfriend. This put me in quite the quandary. Never before had a found myself in a situation where two men liked me. It was something out of a movie. Something chubby me never imagined encountering. Minor ego boost aside, this was my good friend. I cared about his feelings, but at the same time I’ve always been loyal to a fault when it came to being in a relationship. So, despite being in a relationship that was full of nothing but uncertainty I remained staunch to my boyfriend. Well, after some time my friend slowly faded away. I understood him, and why he did this so I never pushed. I didn’t want to make things worse. I ended up graduating and never hearing from him again.

A couple months after graduating, my ex broke up with me. I did not handle the breakup well, at all.  The fact that my ex was practically engaged to marry someone he never met meant I ending up processing my feelings at an accelerated rate. I hopped on a variety of dating sites, and apps including the notorious Tinder. After watching my ex marry someone else I went on a dating rampage. In a span of two and a half months I had been on dates with nearly twenty different guys. Going in detail over every date will take far too long. So I will try to summarize the experience. I’ve always given guys a “heads up” about my weight. I also included full body images so I never really encountered anything like the infamous “Fat Tinder Date” experiment that circulated on YouTube. Majority of my dates ended up being from cultures similar to my ex. I’m not sure if that was my own subconscious attempt at trying to replace my ex, or if it was because the area I live in has a very high South Asian population. The very first Tinder date I had after my breakup helped me see that not all guys from this culture were like my craven ex. The guy literally treated the date like an arranged marriage meeting ,and he was even offering to call his parents! This was the polar opposite of my ex,and despite it being hilariously absurd, it was exactly what I needed to see.  I ended up moving on from my ex and getting small crushes on a few guys. One guy ended up being some form of rebound crush. I had some emotional meltdowns with him a couple times due to his odd habit of shutting down every mode of communication every now and then. In the end we ended up staying friends, but I do regret having been overly emotional. Most likely this was due to lingering feelings from the breakup.

As the dating like a maniac phase increased I had one friend who was originally from OkCupid.  I had rejected him earlier on because I thought he was too young. Next I tried setting him up with a friend. They never really hit it off. He also was somewhat relentless in liking me. Despite his offers I saw him as more relationship material, and you don’t play around/experiment with nice guys. I also knew he was wanted a relationship and not to play around. To be honest I was always physically attract to him. He also was the intelligent and geeky kind of guy I tend to go after, but I avoided him for a bit out of fear of his family. This guy literally came from a family from a family of doctors and engineers. I’m a weird fat woman who took longer than normal to get a mere bachelor’s. He ended up  proving to be a very good friend who was there for me when I needed him.  So, I unfriendzoned the guy, and we have been dating for almost 6 months now.