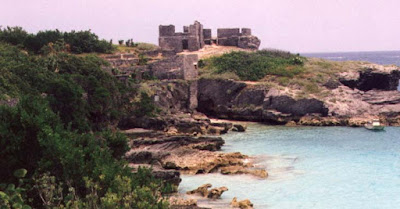 Michael arrived much earlier than usual.  He sprang from his boat with an expression of enormous relief and squeezed the blood in Derek's hands halfway to his elbows.
"Sorry, Michael," said Derek.  "I just forgot to call.  I didn't hear my watch."  He tried to flex his fingers.

NBA Jam Game Comparison
Is President Biden really surrounded …
Theatre Tickets Direct – Frozen The M…
Police Arrest Man After He Allegedly …
Develop an Ebook App Like Kindle: It’…
"I see."  There was a hint of irritation, which made Derek wilt.  "Evie had a fit about it.  She wanted to come out here in the middle of the night to check on you.  She almost called Search and Rescue to get someone with a boat to go see if you were okay."
Derek batted himself.
"No worry," said Michael.  "Better a mistake than a mishap.  You won't forget again."
Derek nodded.
"You look awfully tired.  Did you have a bad night?"
Derek straightened. "It’s been an eventful couple of days."
"Oh?"
Mimi was still asleep in the tent, and Derek didn't see any point in trying to keep Michael from going up to the campsite, where no doubt he would discover her.  A routine had been established.  After carrying supplies up the hill, Derek and Michael would share coffee, and sometimes, when it was early like today, breakfast too.  Michael would find out, no matter what.
"I have things to tell you," Derek puffed as he lugged a carton of canned goods.
"I've got news too," said Michael, with a five-gallon water container on his shoulder, "about Dexter."
"Dexter?"
"Tropical Storm Dexter.  Remember I told you the other night about a tropical wave getting organized out by Africa?"

“She has no shoes. Set her here.” Evie closed the cooler.
“Now to make sure they don’t go anywhere.”  Michael took a pocket knife from his pants and cut down Derek's clothesline.  He sawed it in two as he marched downhill to the fat man, who was crawling away.  Michael kicked him in the ribs.  The fat man dropped to cover himself and Michael planted a knee in the middle of his back.  He grabbed the wrists to bind them.  Ridiculously, clenched in one of the chubby hands were Derek's famous sunglasses.  Michael bent the arm up toward the thick neck until they fell free.  Then he tied the wrists tightly.  "I hope this hurts like hell, you piece o' filth," he said.
He found the other "villain" lying face-down at the rampart, as the ghost had said.  He was moaning, and bleeding from his forehead.  His arms and legs were bent peculiarly behind his back as though he had been bound, but there was no rope.  Michael obligingly trussed him up.  He returned to the redoubt, pausing to gather Derek's sunglasses along the way.  Derek and Mimi were sitting quietly, holding hands, with Evie hovering above.  She said to her husband, "Let's get off this island."
"Absolutely," said Michael. "Derek, are you okay?
He answered, “Is Mimi okay, did they...?”
“No they didn’t.  She is untouched."
Evie asked, “Mimi, where did you leave your shoes?”
Mimi looked off into the dark. “Somewhere over there,” she pointed.
“I’ll find them.”  Derek walked a few steps, and found his shirt.
Michael said, “Forget the shoes, where’s the gun?”  He lifted Mimi the way he picked up Anna when she was asleep.
"It’s in my tent.”
“Get it.”
“Should I load it?”
“No, just get it, and the bullets too.”
Derek was moving slowly. He seemed disoriented.
"Evie, help him.”

The foursome passed the motionless, prone figure of the bound fat man, but ignored him as though he'd been a rotting log.  Before boarding the Whaler, Michael cut a section from the fuel line in the other boat.
He held the engine at full throttle all the way to the Fisheries Division office, even through the narrow passage beneath the causeway.  Several times during the crossing he was racked by deep, strong shivers.  "Damn!" he exclaimed.
Mimi buried her face in the hollow of Derek's bleeding neck.  The breeze had revived him and he pressed his lips against her warm forehead.  "Are you all right?" he asked.  She nodded and laced her fingers through his.
Evie climbed out at the high jetty and reached down to help Mimi.  Derek lifted from below.  He scrambled up by himself and for a moment stood blinking under a light standard like a turtle.  Evie pushed him next to Mimi as if arranging them for a photograph and they held hands.
After tying off the boat, Michael climbed ashore and threw the car keys to Evie.  "Take them home and make them comfortable," he called.  "Take them to the hospital if they need it.  I'll wait here for the police."  He started toward the office.
"Michael," Evie called, and her voice broke.  She ran to him.
"Oh my goodness," he said.  He beamed at his wife, then hugged her like a bear, then kissed her eyelids.  He pressed his nose to hers and whispered, "God, Evie.”
Continued…
Previous