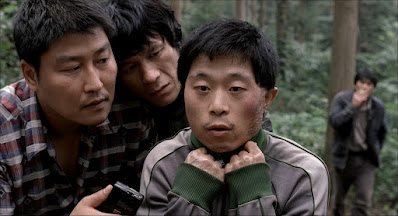 When sales of an author’s book take off, a light is often shone on their back catalogue and some older words are reissued to a willing audience of readers. So too with films.

Bong Joon-Ho’s Parasite (recently re-released in foreboding black and white) has encouraged distribution of a 4K restoration of his older film Memories of Murder.

Monday night’s screening in Queen’s Film Theatre was full (in the sense of socially distanced seating full, but still busier than most Monday night’s in a Belfast cinema) as people sat down to savour this threat. 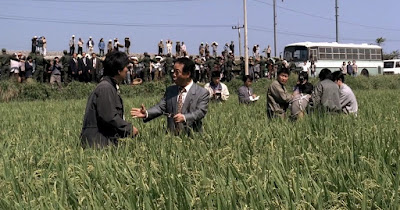 The family at the heart of Parasite start out as well-meaning entrepreneurs and become cold hearted leeches sucking the life out of their well-to-do host family’s property. Similar character journeys crop up in this earlier work, along with the darkly comic moments that invade very serious scenes.

It’s October 1986, and local police detectives Park (Song Kang-ho) and Cho (Kim Roi-ha) demonstrate their inept and corrupt techniques as they use baseless assumptions and bewildering predictions in their attempts to investigate the rape and murder of several women in their district. 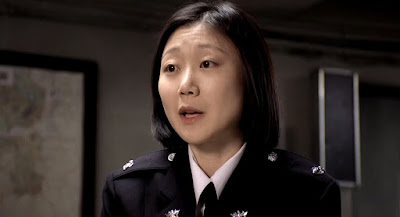 Into this fray comes Seo (Kim Sang-kyung), a colleague from South Korea’s capital Seoul, whose textbook mantra is that “documents never lie”. But as the body count increases and the police run out of suspects to torture confessions out of, there’s a curious transition as the upright Seo is led by his heart while Park becomes more attentive to the evidence.

Meanwhile Kwon (Go Seo-hee), a female officer who is ordered to make tea and perform menial tasks, gets little thanks when she makes breakthroughs in the case.

There’s no shortage of serial killer films and TV series, and like most, women are certainly not at the heart of this one). Everyone will relish the comical entrances made by cast members while fans of Parasite will enjoy the rainy scenes and recognise Bong’s use of jump-scares. 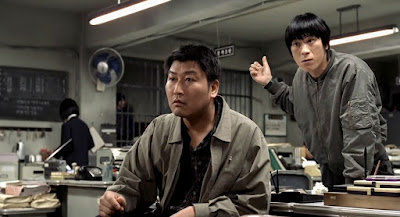 Ultimately this is a story of women and families let down by incompetence, malpractice and a rush to get results. More than 15 years after the film’s release, the real case upon which Bong and co-writer Shim Sung-bo based their film was finally solved.

Bong’s characters are flawed in unexpected ways. His ability to sprinkle comedy over the darkest of scenes is unnerving to watch. I can only hope that some of the rest of his back catalogue will make its way to western cinema screens before too long.

Memories of Murder is being screened in Queen’s Film Theatre until Sunday 26 September.

How to Make Soil Conditioners for Urban Gardening