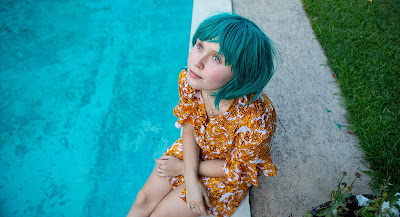 Every eighteen months or so, cinema seems to return to the subject of a sick young person. In Babyteeth, 16 year-old Milla (Eliza Scanlen who played Beth in Little Women) is in remission when cancer returns. With a psychiatrist in need of therapy for a father (Ben Mendelsohn) and an overly-medicated mother (Essie Davis) who hasn’t quite got over her first love, into Milla’s precarious life steps Moses (Toby Wallace), a twenty-something junkie who brings her hope and headache in equal measure. 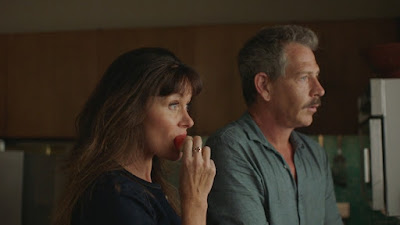 “This is the worst possible parenting I can imagine” states Milla’s mum, summing up the two-hour film where health, time and wellbeing are also in short supply,

The narrative arc for a coming of age story about a white middle-class terminally ill teenage virgin is a well-trodden path. The more predictable moments are all there, but what makes Babyteeth stand out from the crowd is the quality of the characterisation. Milla’s purposeful wanderlust and desire for control is balanced by her dysfunctional parents and their catastrophic mental health and unravelling relationship issues. These are well drawn and complex people who draw the viewer in, wanting to find out more about what makes them tick. 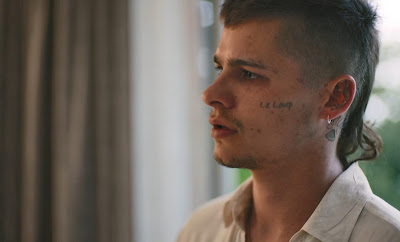 There are unexpected details and lots of surprises that point to the theatrical background of the script. Screenwriter (Rita Kalnejais) and debut feature director (Shannon Murphy) know how to quickly establish scenes and create edge-of-seat moments. The strong soundtrack, used sparingly rather than continuously, hooks into the emotional baggage the characters cart around with them.

Late on, a party cleverly brings together most of the cast, though rather than neatly tying off the loose ends, it leaves them awkwardly ragged and ultimately serves only as a device to empty the house. The denouement is at first disturbing (one cinemagoer walked out of my screening) and then disappointing, until the final beach scene recovers Babyteeth’s sense of perspective.

Ultimately, the creative team replace what could have been a templated story about finding a will to live with a story of letting go, being free and helping other people towards a promised land somewhat freer of the drugs that hold them back. While parts of Babyteeth are incredibly sad – you will cry, but socially distanced seating gives you privacy! – there’s plenty of comedy as the self-absorbed figures panic while Milla sets her affairs, and everyone else’s, in order.

Babyteeth continues at Queen’s Film Theatre until 10 September. Shannon Murphy and Eliza Scanlen are definitely ones to watch in the future.

I Asked My Doctor 6 Questions About My MDD Symptoms