Last Christmas – like its subject, this film deserves a second chance (cinemas from Friday 15 November) 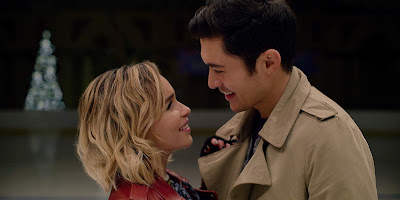 Take some strained family relationships, throw in a bit of disadvantage, some seasonal songs, an attractive young woman in an elf suit, the chance of love, and a sprinkling of snow … it’s the must have list of ingredients for any number of Christmas movies that hoped to become all-time classics. And stepping into the queue for plaudits is Last Christmas. 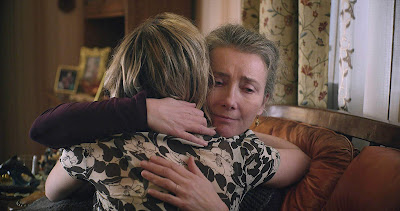 It’s the story of Kate (Emilia Clarke) who fits in auditions for musical theatre roles around long shifts in a kitsch Christmas decoration shop. Originally from Yugoslavia, her family settled in London. Gurny sister Marta (Lydia Leonard) is climbing the career ladder as a lawyer. Her father (Boris Isakovic) drives his minicab to all hours of the morning to avoid her somewhat paranoid mother (Emma Thompson).

Unlucky in work, health and love, Kate becomes transfixed with the radiant figure of Tom (Henry Golding) who hangs around outside the shop. He helps her look up and see past her own ego and baggage to instead care for the people around her. 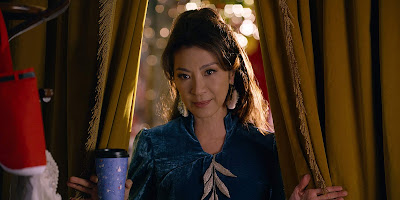 Michelle Yeoh creates a fabulous boss. Thompson (who wrote the story with her husband) revels in her Balkan accent and sensibility. Quaint back alleyways add a magic sparkle to a London that is normally crushingly busy at December.

The cast are very recognisable, the rich soundtrack is a George Michael tribute album (15 tracks squeezed in), and the only thing missing is Richard Curtis’ name from the credits! And there’s the challenge. Can the film overcome its foibles, plot holes and romcom saccharine to justify its ambition to be a hit? 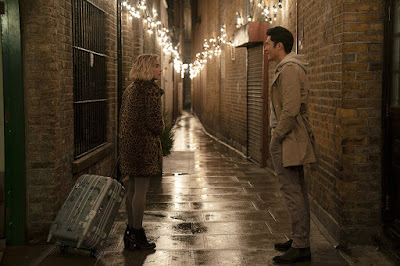 There is much that could be disliked about Last Christmas. Some of the set pieces are incredibly well edited, but it feels like they’ve been dropped into the rest of the narrative. The homeless plot line is laid on pretty thick. The overly intense flirting between ‘Santa’ and the ‘Boy’ are – I think – knowingly cringeworthy, though somewhat rescued by a cute cabbage tree at the end.

For some people the plot twist will be incredibly obvious, though I’ll own up and say that – like other people in my row at the preview screening – I was completely taken in, having imagined a totally different twist and ignored the mounting pile clues that I was tripping over. 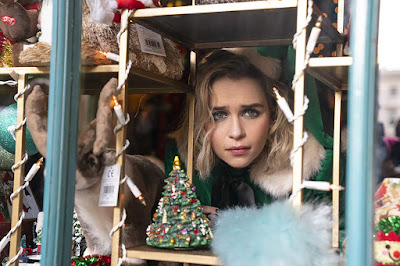 Last Christmas never manages to pull off the slickness of Love Actually. Switching the auditioning table around in the second half adds another layer to the tale, but the references to Brexit are apt yet unnecessary and the commentary on racism would have stood up without this extra context. At times it tries too hard; at other times it doesn’t try hard enough.

Yet, Clarke and Golding have chemistry. His smile is winning, her elf boots are divine, and her accident-prone clumsiness had me gasping out loud. (Sorry to the folk in the row in front for that breach of cinema etiquette.)

Despite a heavy sprinkling of schmaltz and snow, director Paul Feig just about turns Last Christmas into a surprisingly touching tale. Woke and awake to the times we are all living in, the film captures the Christmas spirit and had more than one tear rolling down my cheeks by the time the credits rolled. Which for festive fare in the cinema at this time of year is success. Frivolous fantasy, but good enough to qualify as a film we might all grow fond of.

Last Christmas is released in UK and Irish cinemas including Movie House from Friday 15 November.

Last Christmas – like its subject, this film deserves a second chance (cinemas from Friday 15 November)