Why you should watch "Tanu Weds Manu Returns"

While the rest of India sizzled in the 40 degree heat, Bollywood baked some unexpected May treats for movie fans. And set up a tough fight for this year's best actress honours. Deepika Padukone ("Piku") squares off against the twin heroines of "Tanu Weds Manu Returns", whose charm stems largely from the effervescence of Kangana Ranaut. 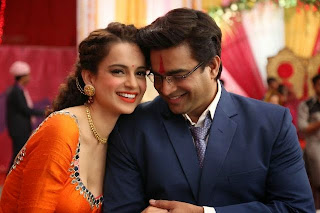 Back in 2011, when Indian audiences lapped up the oddball pairing of Ranaut and Ranganathan Madhavan in "Tanu Weds Manu", Ranaut was a relative unknown who played neurotic women on the big screen.

But that was before the success of "Queen" (2014) catapulted Ranaut into Bollywood's big league, ensuring enough eyeballs for the sequel to Aanand L. Rai's unconventional rom-com. She does not disappoint in "Tanu Weds Manu Returns", playing a double role with such panache that audiences find themselves rooting for one Ranaut over the other.

Four years after feisty Tanu (Ranaut) hitched up with the imperturbable Manu (Madhavan), there's trouble in paradise. The seven-year itch comes prematurely for a couple constantly at each other's throats. Long story short, they separate in London and fly back to India. The seemingly alcoholic Tanu heads to her hometown Kanpur, getting chatty with her former lovers while Manu picks up the pieces of his broken heart in New Delhi. 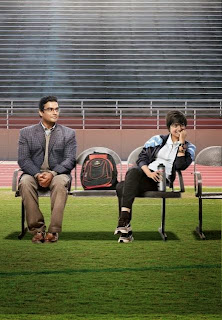 While giving a university lecture, Manu sets eyes on Tanu's doppelganger and is intrigued. But pixie-cut Datto and curly-tressed Tanu are no two peas in a pod. Datto hails from a pastoral setting in Haryana, is training to be an athlete and speaks in a heavily accented English that sparks a few laughs. But it's her unflappable determination to conquer the world that endears her to audiences. When street-smart Datto flashes her smile, she projects an underlying goodness that makes it impossible to begrudge her the love Manu showers despite being at the receiving end of her hockey stick.

Things speed up when Manu is served divorce papers from his wife, done without Tanu's knowledge by one of her spurned lovers. A wedding date is set and all interested parties, including a repentant Tanu, turn up in Datto's village for the big day. Will Manu's mind waver?

No spoilers here, but Manu's eventual choice is no surprise for audiences used to happy endings. Faced with the same choice in the Hollywood rom-com "Sweet Home Alabama" (2002), Reese Witherspoon wavers between her recently divorced hubby and the handsome New York boyfriend - and follows her heart.

"Tanu Weds Manu Returns" is not a film without flaws. The first 10 minutes are insufferable, with an unrealistic castle-like setting for couples therapy and Manu getting locked up in a London asylum. But things get better as director Rai gives audiences an insight into the beehives of middle-class life in New Delhi, Kanpur and a nondescript village in Jhajjar district. Screenwriter Himanshu Sharma impresses with an inexhaustible supply of one-liners, most of them uttered by Manu’s sidekick. The music, including Banno's swagger (a whole other blog post), is catchy. And the talented cast, too numerous to name here, steps in to plug the occasional loopholes.

But Ranaut's nuanced performance is the show-stopper, one that cements her place as a Bollywood heavy hitter and helps "Tanu Weds Manu Returns" outshine the first film. Not to be missed.


This post first appeared on Toe Knee Unplugged, please read the originial post: here
People also like
Why Bitcoin Crashed – Is it Safe to Invest In Bitcoin In 2021?
The Ultimate Guide To Obtain a Europe Residence Permit
My Top Ten Favorite Business Tools for Entrepreneurs
Cryptography Interface Design is a Security Concern
5 Important Things You Should Consider Before You Invest in Stock
Mr Ji, Soho
It’s Me – Chapter 11
Flavorful Turkey Sweet Potato Chili With Apples

Why you should watch "Tanu Weds Manu Returns"