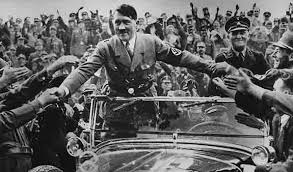 The most troubling part of having to deal with the thought of a president elect trump, is not that he actually won the whole thing. That's because in spite of what all  of the  pundits and pollsters like to say, that was not totally unexpected. If you understand anything about the history of this country, you always knew that there was going to be a white backlash after the first African American president.

So no, that wasn't the most troubling aspect of this alt-right presidency . What has been most troubling is America's push to normalize the thought of a president trump. If you watch the mainstream news and listen to "mainstream" pundits these days, you will hear a lot about the trump policies; the trump candidate; and the trump doctrine as it relates to foreign policy. This is the type of debate we would expect to be having if a republican candidate with a different political ideology and different views of running the government had won. (Think Mitt Romney or John McCain.) But what we are dealing with here is not simply someone with a different view about governing, what we are dealing with is an individual who is temperamentally unfit to even serve as our president.

I suspect that this is what Germany felt like from 1919 until 1933. The German people were the last to see it coming.  After all, extreme nationalism and Pan- Germanism can't hurt anyone can it? I mean, Adolf just used the anti-Semitism thing to consolidate power and get the German people to feel better about themselves, right?

Sorry America, like Germany, by the time  this all hits you it will be too late.

When I see people like Oprah on national television saying to "give trump a chance" , I want to refer her to her friend, Dr Phil. It's easy for her to give peace a chance, she has a billion reasons not to feel any pain from  what Führer trump and his band of merry men will unleash on the rest of us. It's always easier to want to hold hands and sing kumbaya when you have made millions by being America's warm and fuzzy mammy.

Yeah whatever, Oprah. You take "a deep breath"and think about who you are asking us to "give a chance." The same guy who mocks disabled people; questioned the legitimacy of our first black president;  made light of the pain of a Gold Star family; and refused to rent properties to people of color. This is the guy you want us to give a chance to be our president?  Not going to happen. He will be sworn in as the 45th president, and he has the electoral college votes to say that---- under our current system--- he won, legitimately, but don't ask me to accept him as my president. I won't be like those Germans were back in 1933.

Mark Singer knows Donald trump more than most people, and this is what he says:

“I don’t really lump myself in the same humanity that possibly he belongs to.”

Sadly, whatever humanity he belongs to will be running things for the next four years.