How To Find Your Purpose And Passion …
From Newbie to Digital Marketing Expe…
Calm by Wellness CBD Review
Stantinko Botnet Plays Behind the Vei…
Nusa Islands vs Gili Islands 2020 {Wh…
Thirty five years ago this week Sir Clive Sinclair unleashed the ZX SPECTRUM onto the UK market. It's not until a year later that I got hold of mine. So apart from playing with the display models in the department stores my first experience with a computer was this... 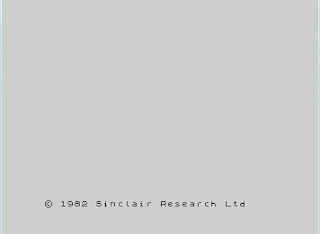 The machine was sold in 16K and 48K variants (I was lucky enough to have the bigger one) and was marketed as an educational device. The makers aim was making the 1980’s kids smarter, and that's what we told our parents when we were convincing our parents that the ZX Spectrum was for homework when it really wasn’t. 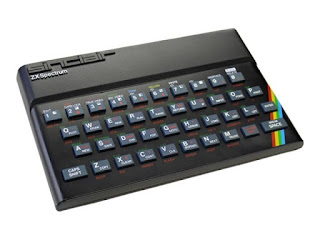 It was a little black box with rubber keys, it had to be hooked up to the television and programs were loaded via a cassette tape recorder. They took an age to load but the anticipation make it all the more enjoyable. I spent hours copying code from magazines and Loved the frustration when I'd obviously copied down something and had to trawl through lines of code to find my error. I loved how sore my fingers got playing 'Daly Thompson's Decathlon'.
It wasn't perfect, it was full of little issues and imperfections but I loved it and I missed it when it finally was replaced. I upgraded to the ZX Spectrum 128K +2 which gradually fell out of favour.

I've always had a computer since then but you can never beat your first love. But what happened to that first computer you ask? I loaned to to my uncle where it was subsequently stolen in a burglary.
But this story doesn't have a sad ending. For some time now the spirit of that first computer has lived on in emulators. In fact my smartphone has such an emulator on itt for whenever I feel nostalgic. Never will I be without Jet Set Willy or Manic Miner. 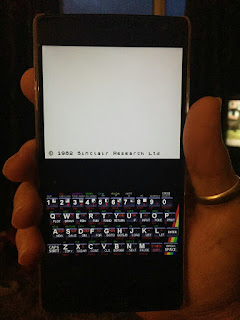