So as promised, here is my pick for festive TV for that 'no mans land' of Christmas, the middle bit between the big day and New Year.
So whilst many are off work and school (this year I do have some generous time off but I will be doing a bit of work) sit back and enjoy some of the festive offerings in between watching those new DVDs and playing family games of Monopoly.
Boxing Day
It's a good day for TV so it's difficult to pick out one single programme. In the end I've plumped for an entertaining yet scientific special...
Captain's Pick: The Entire Universe (21:30 BBC2) - Eric Idol created this showcase of science with Brian Cox, Noel Fielding and Warwick Davis.
Special Mentions: The World's Most Expensive Toys (19:00 Ch4)
Still Open All Hours (Christmas episode) (20:30 BBC1) - Classic revival sit-com filmed a few miles from my house.
Lego's Big Christmas (20:00 Ch4)

How to Leverage Entrepreneurship and …
Three things I learned while circling…
10 Benefits of why you should hire th…
Being a (Goth) Black Sheep … and Brin…
Merry Christmas and Mahatma Gandhi
Royal Institution Christmas Lectures (20:00 BBC4)
The Big Fat Quiz of the Year (21:00 Ch4)
Outnumbered (22:00 BBC1)
27th December 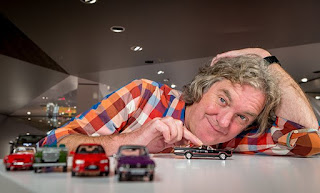