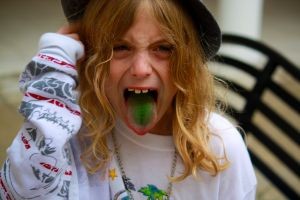 This was my final paper for Human Development Across the Lifespan. It deals with the developmental challenges facing children with ADHD, specifically, but I believe it may be beneficial for understanding many children with special needs, similar to ADHD. To be honest, I was was surprised where the research took me, in some cases. It was enlightening for me so, I thought it might be useful for others, as well.

Be warned. This is a research paper, so it is kind of long. References are included at the bottom.
ADHD: Developmental Challenges and Treatments
Attention Deficit Hyperactivity Disorder, or Adhd, afflicts approximately three to five percent of Children in the United States. With a child population of approximately 2 million, an average sized classroom of 30 children will have at least one ADHD child in it. It is difficult for ADHD children to control their behavior, creating challenges for teachers to educate them along side other children in their classrooms. It also increases the normal challenges faced by parents raising them at home.

This post first appeared on Campus Codger, please read the originial post: here
People also like
How To Get Health Insurance Without A Job
Karen Wiesner: I Have Dreamed a Little Dream (Authors and Dream Inspiration), Part 2
Dacryphilia: The things you need to know right now
Executive Functioning and Distance Learning: Part l
Urban, Suburban, or Rural Practice: Pros and Cons
How to choose great gifts for women in 6 steps
Easy Pet Rocks Craft Idea For Kids
SEC vs Ripple: Inside the Case That Could Make or Break the Crypto Industry