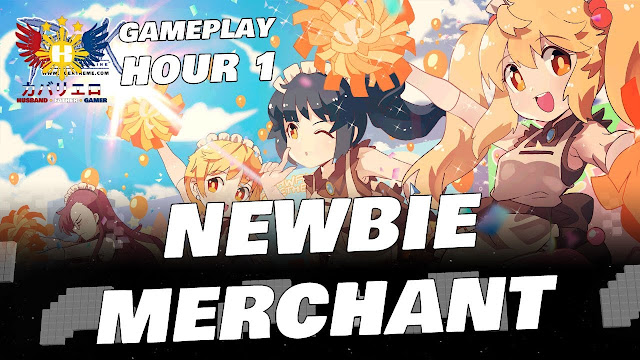 #NowPlaying Ragnarok Online and, in this #RagnarokOnline #Gameplay, I created a new character in the new server. The character I created was a merchant and spent an hour playing.

Talked to an NPC in the Starting Area. Crossed the bridge to reach the Castle. Inside, I talked to another NPC to begin my training.

Talked to an NPC named Brade and got a quest to kill a poring in a poring hunt. So, I killed a poring and went back to Brade to complete the quest.

The Expanded Master was for class changing into a Gunslinger, a Ninja and a Taekwondo fighter. I'm not familiar with these classes. In fact, it was my first time learning about these other classes. LOL!

I couldn't become a merchant because I did not allocate all my basic skills. After wards, I had to complete all the hunting quests from the other trainers before I can successfully change into a merchant. It was a long process but I had no choice but to do them all.

I finally got out of Prontera to level up but I was not equipped with anything. I equipped a rookie axe, cloth shirt and frog cap. I also tried searching where to use the VIP Newbie Coin but failed in my search because there were so many players vending in Prontera.