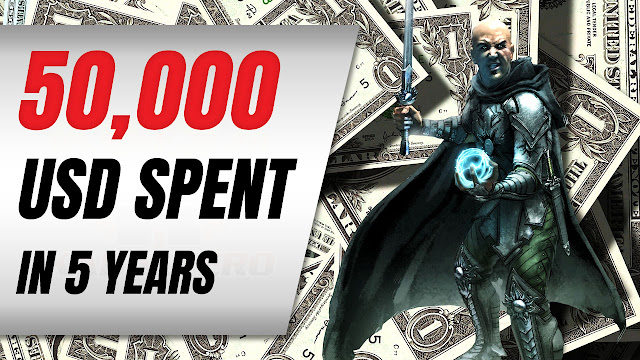 Speaking of accounts worth $10,000 US Dollars, one player mentioned in a now deleted post in the official Shroud of the Avatar forum that he spent $50,000 US Dollars in the game in 5 years and he claimed he got NOTHING from it except wasted money. 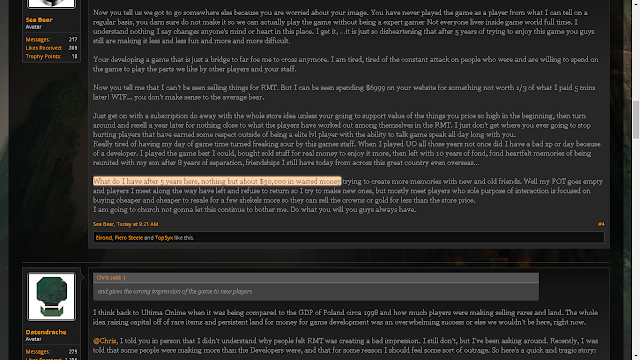 $50,000 US Dollars is a lot of freaking money and, even if I work for 10 years at minimum wage in my country, I will only make half of that money which means I'll have to work 20 years, at least, but I digress.

For me, someone spending $50,000 US Dollars in Shroud of the Avatar is not very surprising. With the high prices of pledges plus the previous monthly telethons plus the seedinvest campaign and the monthly subscriptions, someone with money who is really super passionate about the game can easily go over board with their spending.

So, the moral of the story here is, having no money can save you from spending too much money because you don't have any money to spend in the first place. Also, don't go overboard with your game spending but if you are doing that right now then who am I to stop you. It's your money. Spend it the way you want to.

So guys, have you spent $50,000 US Dollars in any of the games you've played in your lifetime? If you have then what games are they? Post your answers as well as your comments, questions or reactions in the comments section below.