My possible scenarios for the #OnTheWingsOfLove finale

As with all Pinoy Teleseryes, everything comes to a happy end.  No matter how many bombs were detonated, how many characters killed and have came out alive from nowhere.  Amnesias have come and gone.  Babies switched at birth, name it all those themes still have happy endings (even if they're crappy)

Top Tips for Same-Sex Couples to Save…
51 Best Start-up Ideas to Try
Coron, Philippines: The Perfect Islan…
10 Notable Online Video Makers That i…
When You and Your Best Friend Had an … 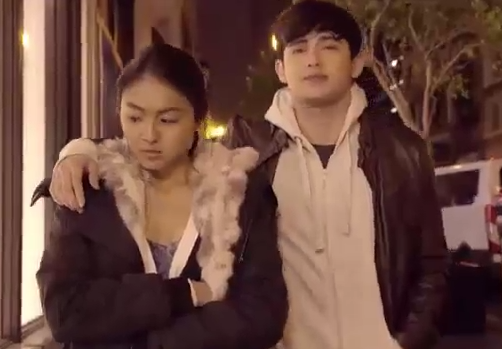 So for sure, I assumed this much with #OnTheWingsOfLove.  I was excited because I knew the ending was a wedding.  For a change - it was expected and something very happy, an event we'd all like to celebrate.  Imagine seeing a wedding outfit clad #JaDine.  Wow, diba?  Such eye candy!  I was very excited to be honest and really looking forward to the wedding finale. But then weeks ago, when #JaDine were shooting scenes in San Francisco.  It made me think - where were the kids?  Where was the *family*?

I was honestly suspicious, but then again - who knows?!  I remember being told that scenes on location are shot depending on what was needed.  So parang shoot lang ng shoot, let the editing handle it nalang.  Let's just TRUST that what will be given is great.  Have FAITH.

Then last week, it suddenly hit me.  Why was Simon put in the show?  What was his role in the dymanics of Cleah?  Why was there a need to have another character when the ending was for sure, a wedding?  I initially thought, okay - maybe they needed an added storyline to lengthen the show. Why was I not seeing wedding preps in the previews or snippets of the wedding via fan's IG feed.  I had a bad feeling.  A very very bad feeling.

My hunch was confirmed when they showed a teaser last Friday.  I have to admit, I never got to see last Friday's episode, but just by looking at my IG feed - I knew it.  I was correct with the bad feeling.  But you know what, I BELIEVE and TRUST the scriptwriter and director.  For sure they have a plan, well - they always have a plan.

It has to end where it all began
With this caption alone, I was already worried.  Kabado levels!!  Hahaha!!  I mean, end where it began?  What kind of ending?  I then suddenly had flashbacks of what I saw on IG - it made me ask, WHY?   But I tell you, TRUST and BELIEVE - I'm sure we'll be taken on a wonderful ride towards the end of #OnTheWingsOfLove #OTWOL.

Here are my possible scenarios:

Scenario 2:  Leah will be sent to San Francisco to work
Leah needs this promotion, she has been telling Clark over and over again how important her family is.  Clark will stay because he can't leave his growing business here in the country.

Scenario 3:  Leah is inspired with Simon's success and wants to be like him
Leah will ask Clark to understand and patiently wait until she has established a career for herself before getting married.

In all of these scenarios - one thing is clear, a wedding will not happen.  Kawawa nanaman si Clark.  All I can think of is *gastos* and not his feelings because I know in the end, LOVE will find a way.  Hahaha!!

But it's quite right though - that it has to end where it all began.  It's a very good story line to be honest.  And I would LOVE to be entertained.  So I can't wait!  I'm excited!

As I said - TRUST & BELIEVE in the scriptwriters & directors.  For sure they have something in store for us.

Direk Tonette, Direk Jojo and Direk Dan - I believe in you guys like how I believe in JJ Abrams.  I know you guys won't fail me, nor fail us.


This post first appeared on The CanDIshhh Tales, please read the originial post: here
People also like
Top Tips for Same-Sex Couples to Save Money
51 Best Start-up Ideas to Try
Coron, Philippines: The Perfect Island Honeymoon
10 Notable Online Video Makers That is Sure to Give Your Business an Edge
When You and Your Best Friend Had an “Accident”
Sushant Singh Rajput was gearing up for a winter wedding this year, reveals his cousin : Bollywood News

My possible scenarios for the #OnTheWingsOfLove finale