Dear People of Easyjet,
I write to complain about the 18:45pm service between Liverpool and Barcelona on Sunday 31st July 2016 to make you aware of the following annoyances experienced during my time in your hands:
I knew, during booking (because I read your website) that I could take one piece of cabin Baggage on the flight.   I fly with you often, so I already know this and, therefore, packed my bag accordingly.
After arriving in plenty of time (as you so helpfully suggested)  and spending the inevitable wait between check in and flying in the Aspire Lounge, I stuffed the bags of crisps I carefully appropriated from their buffet into my little case and wandered to the gate.    (btw, I had a great time in Aspire - thanks, guys!)
On arrival at your desk, my partner and I were immediately informed that, actually, we couldn't take ANY Cabin Baggage on board because you had, and I quote: 'reached your limit'.   Firstly, WTAF?   Didn't you know how many passengers would be boarding??   If each person with a ticket is allowed one piece of cabin baggage and you have, say, 150 passengers.....wouldn't that give you some sort of ballpark figure?
After realising my whole 'crisps on the plane' plan was well and truly scuppered, I quickly dug out my iPad so that the baggage handlers in Barca wouldn't have the chance to smash it as they tossed it off the aircraft at the other side.
However, I'd like to point out that, if I had wanted to store hold luggage, I may well have chosen another carrier.  One of the reasons I fly with Easyjet is because I don't want to hang around, trying to locate the baggage reclaim and waiting around with Other People who are collectively losing their shit, desperately searching for their bag, which happens to look exactly the same as all the others.
Also: I totally put my stuffed ladybug in my bag and he *hates* the hold.   He didn't speak to me for days. 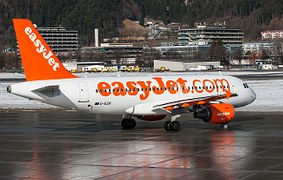 Fast forward to boarding when we happily sat, twiddling our thumbs, on the runway for 30 mins, pondering what on earth could be holding up our 18:45pm departure.  We had no choice BUT to ponder as you certainly made no effort to let us know about the delay.   Thanks for that, btw.
I know It's always fun to pay 'guess the problem' before you fly, but this was extra special because we were parked directly across from the airport fire station and witnessed two blue light vehicles hurtling out of the depot as we were belted up, waiting for something...ANYTHING to happen.  It makes for an excellent adrenaline rush before your hard earned holiday, don't you think?
Interestingly, while I had a bit of spare time belted into my seat, I checked your customer charter.   Under the 'make it easy' heading it told me that you'd make sure I knew what to expect at every step of my journey.    One can only assume that my 'journey' only relates to the part when I'm actually in the air.   Also, under the 'open and upfront' part you earnestly promise to keep me informed at all times.     Epic fail, as the young ones would say.
When we finally got off the ground and attempted to pay for the food we needed to fill our hungry bellies (please see earlier comments about CrispGate) we were greeted with the statement that there was no Sterling change on board.   Seriously? How can a flight that takes off from an English airport have no English money?   I'm Scottish and even *I* have English money, FFS.
I also have other British money, but I know how weird you can be about it notes that have 'Bank of Scotland' written on them, despite the inclusion of the word 'sterling' alongside it.  We don't print them ourselves, you know.    Not all of them, anyway.
So, despite the lack of baggage; the silent wait; the lack of currency and the general apathy, we'd like to say that we were so bloody glad our flight was only 2hrs 10mins (well, 2hrs 40 with the delay...), because it meant that we were both able to keep our temper for the duration. 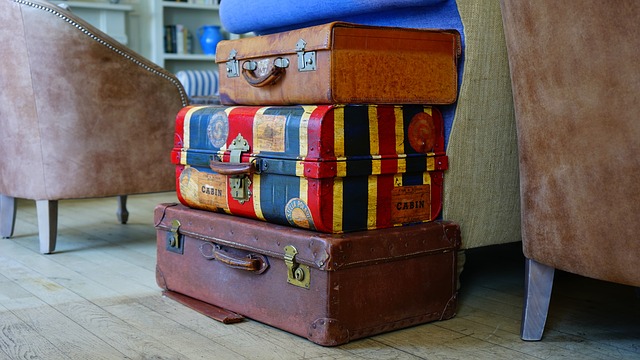 I would like to point out that your Captain did eventually give his address to the passengers, after 45 mins, and explained that the delay was due to air traffic issues (that's all we needed to know, Robbie!).   He also told us that, now we were moving, we'd be able to make up some time.  He then instantly informed us that our flight would land in Barca exactly half an hour later than planned.
Now, I'm no mathematician, but a 30 min delay, followed by a landing that is also 30 mins late, is absolutely NOT 'making up time'.   I know Rob might be a talented pilot, but he's clearly really shite at counting.
Anyway, me and all the other passengers (including that really fucking noisy kid in the row behind me), finally landed in Barca and made our way to fight over our luggage before heading to our accommodation.   Our long day was made even longer by your lack of communication and my distinct lack of Cockers cheddar cheese and chives snacks.

Interestingly, on the 11:00am flight back from Barca to Liverpool on 5th August, you'd also reached your baggage limit and we had to leave our bags again.    Surely, if this is a regular thing, you might want to either get more space, or stop telling people they can take hand luggage?  You could add another bit to your informative customer charter, maybe?

Happily, we did all make it back to the UK in one piece, although I've had to spent the past few days apologising to my lady bug all over again.

Ironically, I'm now eagerly anticipating my next flight, just to see you've managed to properly estimate your baggage allowance; found any loose change, and worked out that the speaker system works even when you're stuck on the ground.