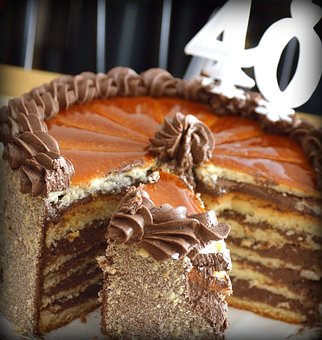 In exactly 10 days time, I'll turn 40.  I don't know how this happened, but I'm led to believe it an unavoidable consequence for everyone lucky enough to live this long. After losing a lovely school friend a couple of months ago, I've quickly realised that being 40 isn't really a big deal and that I should be thankful;  and I am. However, it doesn't escape my mind for a second that I'm not entirely sure I'm up to the job.

I'm not sure what it is that 40 year olds do, but I'm absolutely certain I'm not doing it. When I was, like, 20 or something, and 40 seemed so unbelievably old and distant, I assumed you had to have a steady job, house, husband, kids, and maybe a dog and a decent car thrown in.  Looking back, I've had a few houses, a few jobs, two husbands (one current), one step-kid, several dogs, and quite a few cars. On the surface, I look like I'm fairly responsible. However, lurking just beneath that calm exterior of seeming togetherness is thinly veiled chaos.

Twisted (Non) Fire Starter
I can't start a fire. I've been on the earth for 40 years and I can't do it.  I've tried - God knows I've tried - but the knack escapes me.  Not only can't I properly start a fire (to heat my home, you understand; not just to randomly set the middle of the woods ablaze or anything), I can't even do it with assistance. Granted, for most of my adult life, this has never been an issue.  Now that I live in the middle of nowhere, and have a stove in my lounge, it's a skill that would be useful in keeping me alive during the long, cold, Welsh winters.  I have attempted to build pyramids; use coal; firelighters; wood; paper and, dare I admit it, a miniature bottle of schnapps that, when tossed into the fire, caused a moment of sheer panic as an alarmingly large and rather angry looking flame flew out of the stove before pathetically dying out as quickly as it came.  I am, people, simply incapable of starting a fire.

Washing Machine
I can operate the washing machine, you'll be pleased to hear.  However, I can only operate it on a single setting.  I tell myself it's all I'll ever need and have, therefore, stuck to that rule for actual YEARS.  I know nothing of RPMs in terms of the spin cycle and have never, ever messed with the myriad of buttons that my machine seems to be furnished with.  I wash everything I own at 40 degrees on a 30 minute cycle (also known as a Number 3).  This drives my husband crazy because, unfortunately for me, he's fully aware that there's more than one setting.  He has, on those infrequent occasions he's allowed me to go near it, told me to: 'put the load on 1600 rpm for 40 minutes at 43.25 degrees and then put it on a secondary mega-fast spin programme for 12 minutes', to which I've responded: 'Okaaaaay' before immediately going back to do the only thing I know how.  If that wasn't bad enough - and I can't believe my husband might actually read this (I'm sorry, please don't divorce me) - I don't even know which tray is for the powder and which is for the softener.  I'm not even kidding.  I never have.  For my entire existence, I've just chucked stuff in and hoped for the best.

Cars
Since I passed my driving test way back in Ye Olde Times gone by, I have pretty much constantly owned a car.  Not the same one, mind, but various models.  I know how to make my car go forward and, if I'm feeling particularly confident, how to make it go backwards.  I also have experience of making my car roll forward, seemingly of its own accord, into the next door's neighbour's brick wall, but that's a story for another time. What I'm trying to point out is this: I will get a new car and do nothing, *nothing* to work out how to use any of its features apart from the basic essential of how to get it started. This means that I work out where my lights are the first time I drive in the dark and where my washers are the first time it rains.  I live in Wales, so those two things often occur simultaneously and then I really have to be on the ball.  I, Suzanne No Middle Name Tam, at almost 40 years old, have never known how to check oil, barely know how to fill water, and am constantly surprised at finding secret little compartments to store loose change in.

Casting
Don't get me wrong, I own a smart phone, iPad, and smart TV, and I can operate them all.  I don't profess knowing everything they're capable of, but I don't need to.  However, what I appear incapable of doing is making Netflix cast on to my bedroom TV and understanding how the whole thing actually works.  I know it has something to do with the Chromecast, and I bought a wireless extender (go me, right?) so that I have a stronger signal on the second floor, but I'm just not sure how they all fit together.  I've been watching Les fiddle with his phone for years and making stuff happen on the TV, but I've never quite managed to get to the bottom of what kind of black magic he's involved in.  This means that, when I'm on my own at home (which is often), I am fairly clueless about which buttons to press and in which order they should be pressed.  I find it sad that a woman of my age (who expertly made Alexa bark at her friend's cat recently), can't project episodes of Criminal Minds from her iPad to her TV without lots of swearing and some level of husbandly intervention.

Sense of Direction
It's a long standing joke in my life that I have no - absolutely zero - sense of direction.  When I was employed by VisitScotland, it wasn't uncommon for me to check into a hotel room,  leave it to go for a run, and then have no idea how to get back to it. It's not that I'm incapable of working it out, it's just that I'm so absent minded, I don't think about it until it's too late.  My ability to get lost is legendary.  I am an avid traveller, so you can only guess at the situations I've gotten myself into over the years.  I also have the uncanny ability to get lost while in control of a satnav or a map.  Sometimes both.  I can get lost in places I know fairly well; like my home village.  I can go for a run, take a wrong turn and end up somewhere I've never seen before.  When I watch movies about people getting lost in the woods and dying *just* before they find a trail to lead them home, it makes me feel better, because this would never happen to me. There's no chance in Hell I'd be anywhere near an exit when I took my last breath.

I guess I always thought that, as I got older, these were all skills I'd pick up. You know the way you learn processes when you do them repeatedly?? Yes?  Well, I don't.  Much of my life has been spent learning how to sing harmonies along with Chris Stapleton, reading true crime books and understanding how to avoid becoming the victim of a serial killer, and petting as many canine friends as humanly possible.  It might not seem as important as knowing how operate the numerous cycles on my washing machine, but at least I can say I've never been murdered while walking my dog and singing along to country tunes.  If nothing else, that's possibly what's contributed to me living long enough to see my 40th birthday, no?