Some Trivia About The Rio Olympics 2016

If you want to learn some trivia that you can share about the Rio Olympics, we have put together a few interesting and a few bizarre facts that will add interest to any conversation.

Did You Know This About Brazil?

Brazil is the world’s fifth largest country after China, India, the USA and Indonesia and covers three time zones. The country has almost 7,500km of coastline, has about 60% of the world’s rain-forest and the world’s second longest river, the Amazon.

Rio de Janeiro has an estimated population of 6.45 million in 2016 and projections for 2025 show the population will grow to at least 13.1 million people.

The Mascot For The Rio Olympics 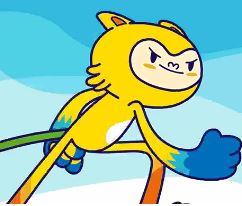 Vinicius was chosen to represent the Rio Olympics in late 2014 after more than 300,000 members of the public voted on what their mascot should be. Vinicius, pronounced “vee nee see us” is named after Vinicius de Moraes, a Rio-born poet and composer who died in 1980.

Vinicius the mascot is “a mixture of all the Brazilian animals,” according to the Rio 2016 website. He was born Oct. 2, 2009, the day that the International Olympic Committee awarded the 2016 games to Rio. These days, he resides in a tree-house in a forest where he spends time on social media.

The Cost Of Hosting The Olympics

We all hear how expensive hosting the Olympics is.

In the bid to host city, the Rio de Janeiro has budgeted the organization of the Games in 28.8 billion reais. Today, that figure has increased to over 37 billion which is approximately 16.5 billion New Zealand dollars.

Here are some interesting facts to impress your friends and family with;

The 1896 Summer Olympics (Modern Greek: Θερινοί Ολυμπιακοί Αγώνες 1896, Therinoí Olympiakoí Agó̱nes 1896), officially known as the Games of the I Olympiad, was a multi-sport event held in Athens, Greece, from 6 to 15 April 1896.

It was the first international Olympic Games held in the modern era and of course with such a history there are plenty of trivia facts on the Olympics.

The post Trivia You Need To Know About The Rio Olympics 2016 appeared first in the finance blog on the website for  The Mortgage Supply Company but I have added a similar post to my personal Stuart Wills blog here too..

The post Some Trivia About The Rio Olympics 2016 appeared first on Stuart Wills Blog.

Some Trivia About The Rio Olympics 2016