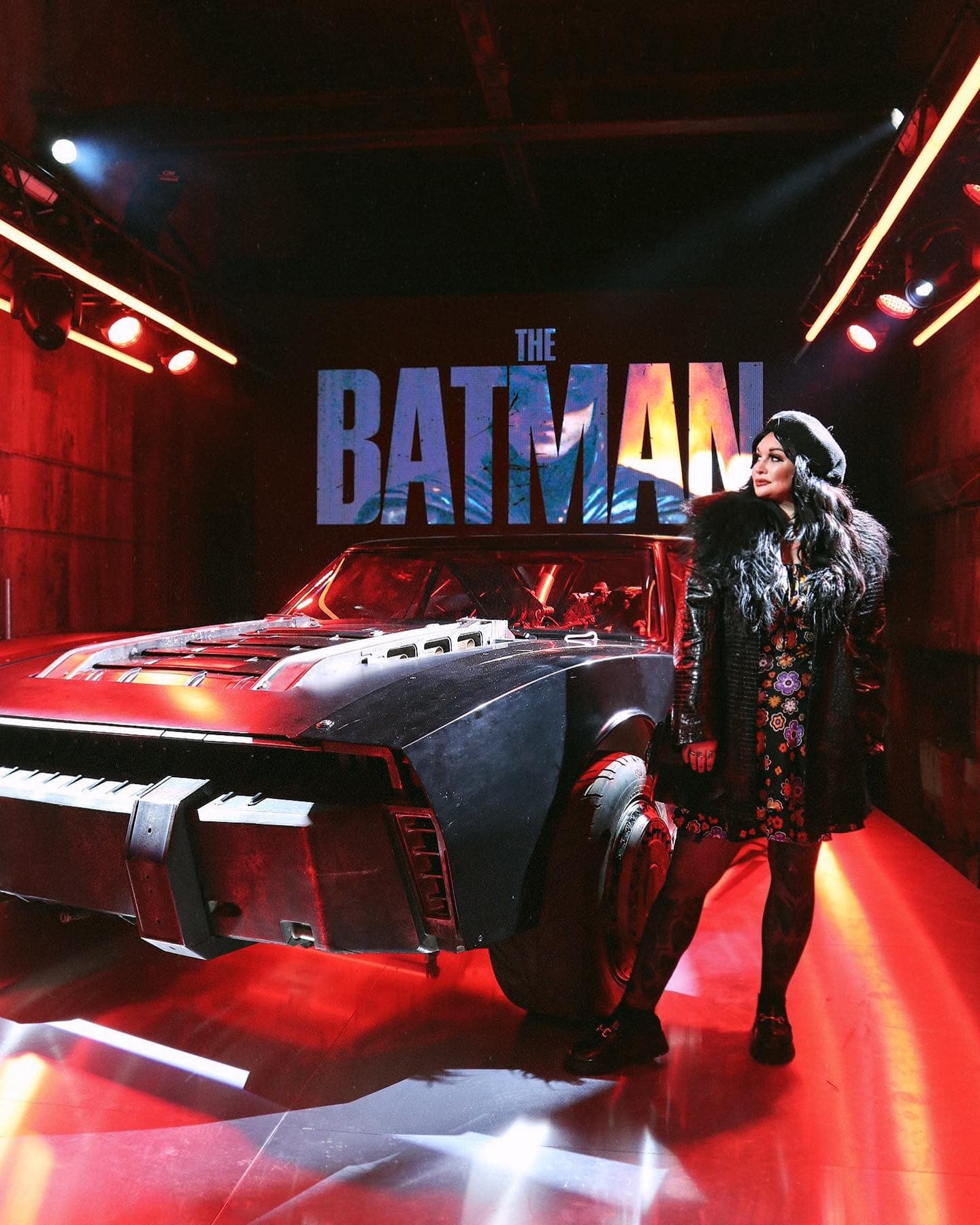 It feels like a while since I've shared any Film events on here but last week's event seemed the perfect excuse to get back on it. Last week, Warner Bros. very kindly invited me to check out the advanced screening of The Batman (Matt Reeves, 2022). Before heading to Cineworld to watch it on the big screen in Leicester Square, I headed along to the tunnels of Holborn for an exclusive look at the costumes and *the* new Batmobile, as seen in the film.

The New York Botanical Garden
Novedades ECC Ediciones: Especial San…
Sweet Home Chicago: Come For The Cann…
What Is the Butterfly Effect and How …
Prey Review – Should You Watch It? 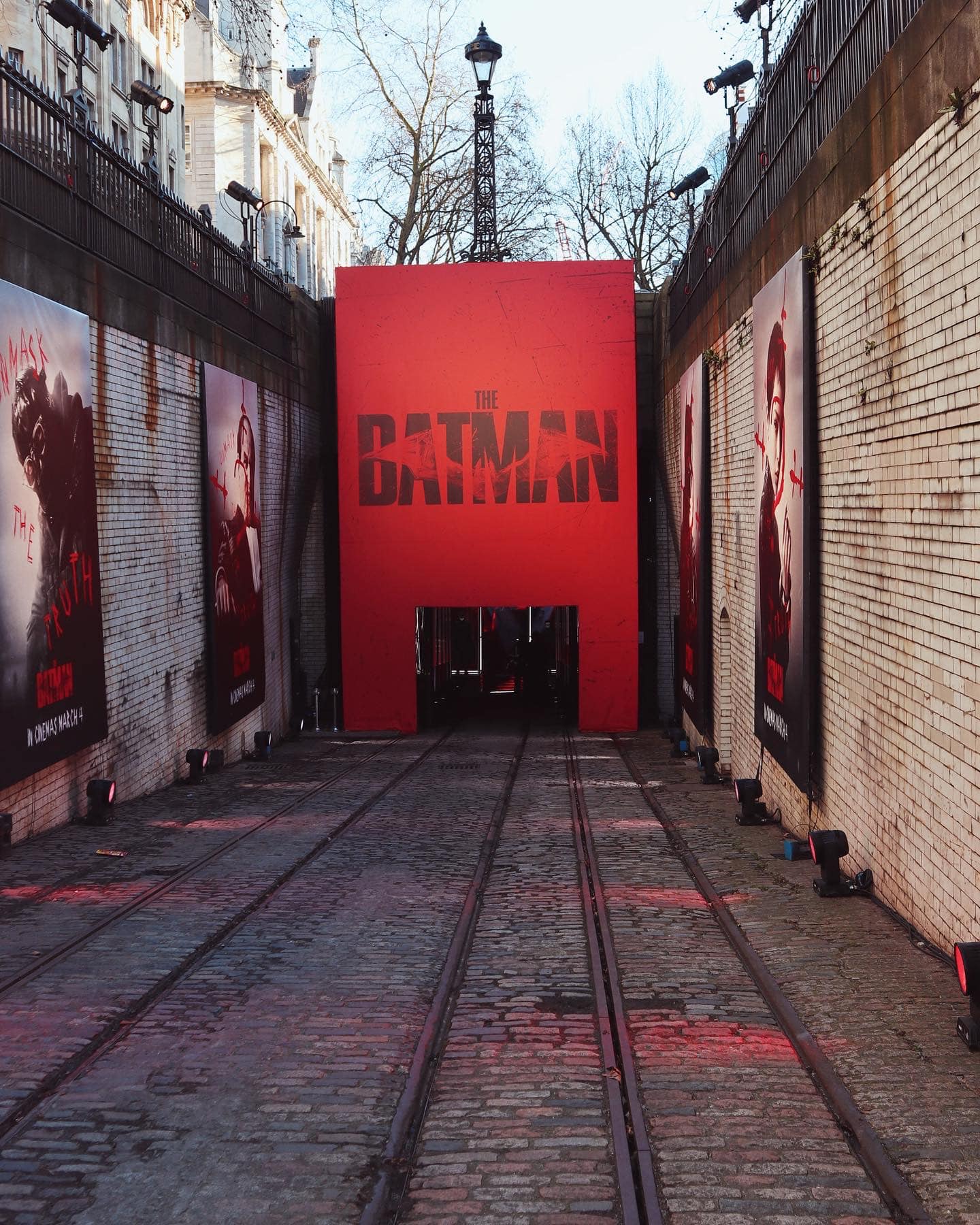 The Bat is back! Yes, another Batman franchise is gracing the UK big screen this March and it certainly does not disappoint. Starring Robert Pattinson as the caped vigilante, we venture into Gotham City's underworld as the Batman desperately hunts down a sadistic serial killer who leaves behind a trail of cryptic clues. Piecing together the evidence and spiralling down a rabbit hole of Gotham's corrupt elite, Batman soon unmasks some painful truths. Joining forces with Selina Kyle aka Catwoman (Zoe Kravitz), a fellow leather-donning crusader in search of her own justice, Batman must take down the twisted killer and expose the abuse of power and corruption that has long plagued the city.

To celebrate the release of the film on March 4th, Warner Bros. treats us to a showcase of the exciting costumes and the Batmobile in the Kingsway tram tunnels in Holborn. 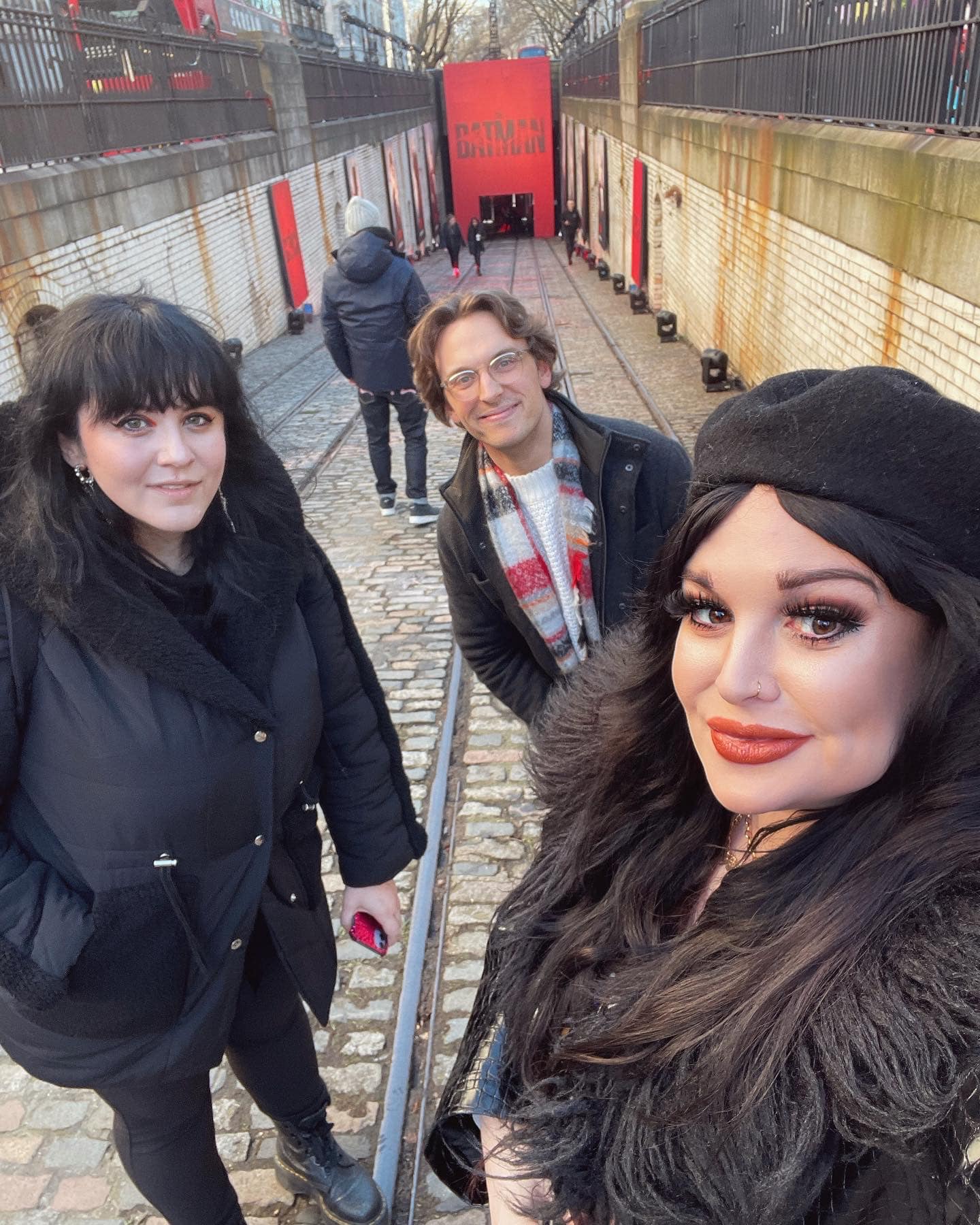 The Kingsway tramway subway is a Victorian, Grade II Listed tunnel in central London; located a stones throw from Holborn tube station, on Southampton Row. The tunnels have also been used for scenes in Harry Potter and the Deathly Hallows, Captain America: The First Avenger and, most recently, during the filming of The Batman.
Last week, they were transformed in to a neon-lit bat cave, showcasing a glimpse of the iconic costumes and the brand new Batmobile driven by Pattinson in the film. 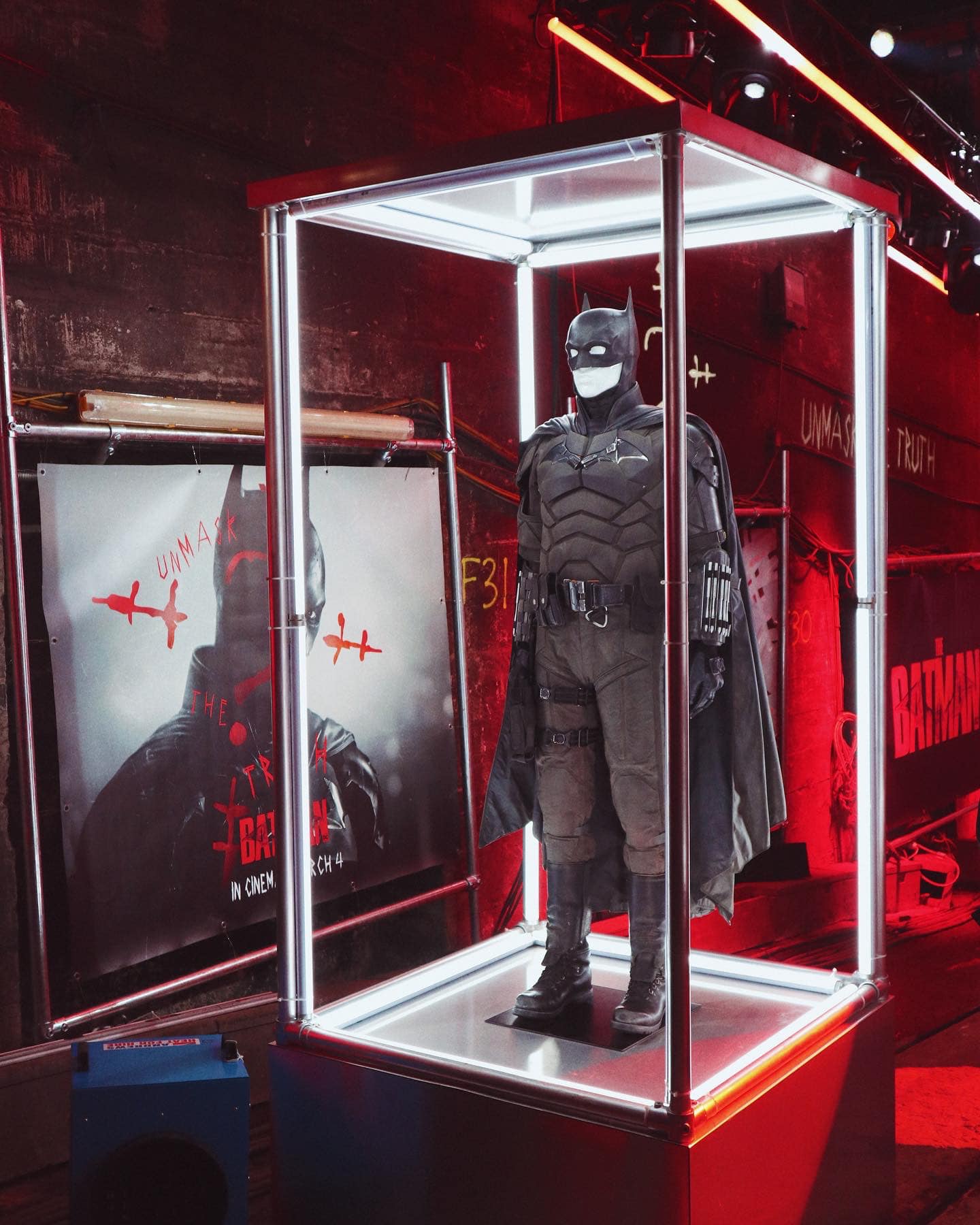 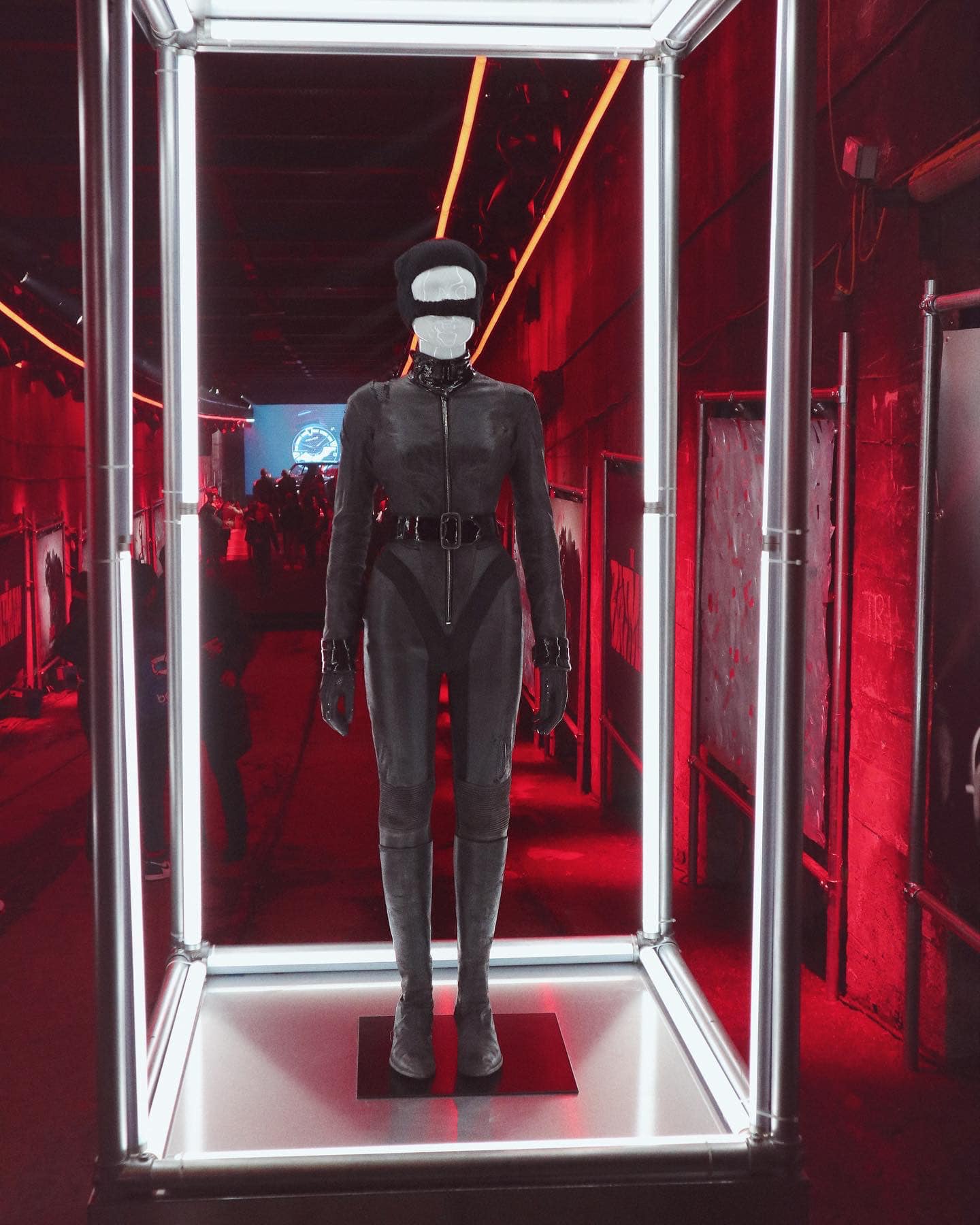 Having checked out Vengeance's sweet ride, we headed along to Cineworld Leicester Square for the multimedia screening of the film in IMAX. Like many Batman fans, I'll admit I was skeptical about Pattinson taking on the role and yet another Batman film. That said, I can honestly say it was absolutely fantastic. Matt Reeves offers an entirely new take on the character; combining stunning cinematography with beautifully choreographed action scenes. All performances in The Batman are truly remarkable and, despite the long runtime, it feels justified. 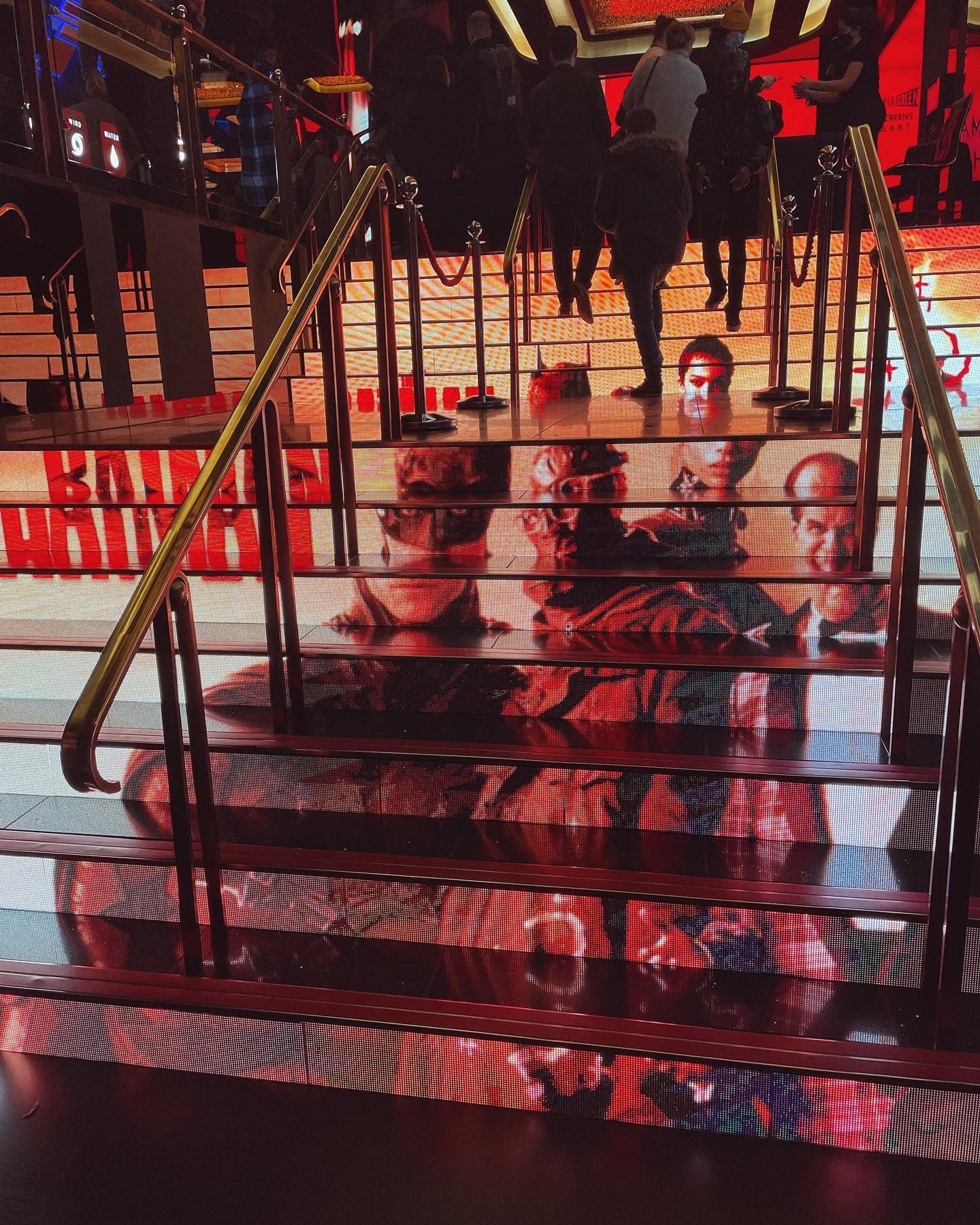 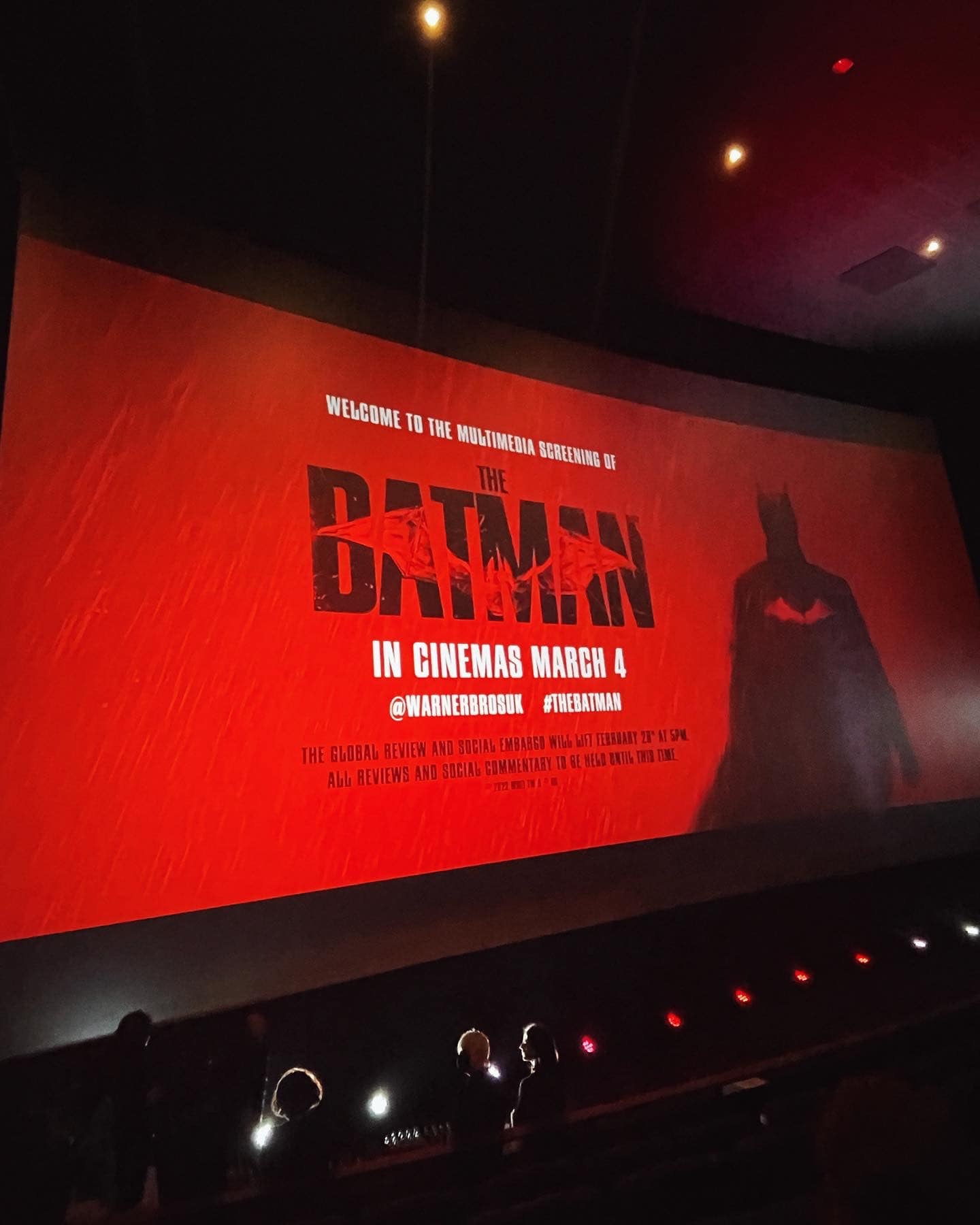 Reeves successfully manages to pay to homage the source material (taking much of it's influence from the 1996 graphic novel, The Long Halloween by Jeph Loeb), whilst keeping it modern and avoiding the comic book cliche. Though Pattinson is the most emo Batman we've ever seen don the rubber suit (fringe and all), he is a worthy foe for Paul Dano's wonderfully disturbing Riddler, and a suitable love interest for Kravitz's Catwoman.
The film has previously been said to be a 'standalone' movie - which may explain the nearly 3 hour runtime - but naturally with the DC Universe, there's plenty of routes that the narrative could go next if it wanted to. Not to mention a small but stellar performance from Colin Farrell as The Penguin who could easily be explored further.
Arguably, the narrative could have been divided in to two feature length movies but, personally, I was more than happy to be along for the ride. Ultimately, the Batman is a very welcomed realisation of Gotham and one of the highest standards of blockbuster we've seen in recent years. There really is something for everyone with it's blend of David Fincher-esque gritty crime drama, blockbuster action - all tied neatly together with elements of horror, and neo-noir cinematography.
Well, that's it for another film event. A huge thanks to Warner Bros. for inviting me to see the film ahead of release on March 4th. I'm really excited for more people to see it so I can talk about it more - and maybe even have a second viewing. But tell me, are you excited for The Batman? What are some of your most anticipated films of 2022? As always, I love reading your comments so please do share your thoughts with me below.
Until next time film fans,

*Disclaimer - I was invited to this event as part of promotion for the new film. All thoughts and opinions are my own and do not reflect the views of Warner Bros.


This post first appeared on POPCORN AND GLITTER, please read the originial post: here
People also like
The New York Botanical Garden
Novedades ECC Ediciones: Especial Sandman y Madrid Cómic Pop Up 2022
Sweet Home Chicago: Come For The Cannabis Conference, Stay For The Blues Brothers, The History And The Music!
What Is the Butterfly Effect and How Do We Misunderstand It?
Prey Review – Should You Watch It?
Mshayi & Mr Thela – Bros For Life
Jump Out Of The Frying Pan Into The Fire
Gallagher & 4 more Chelsea players who disappointed in pre-season