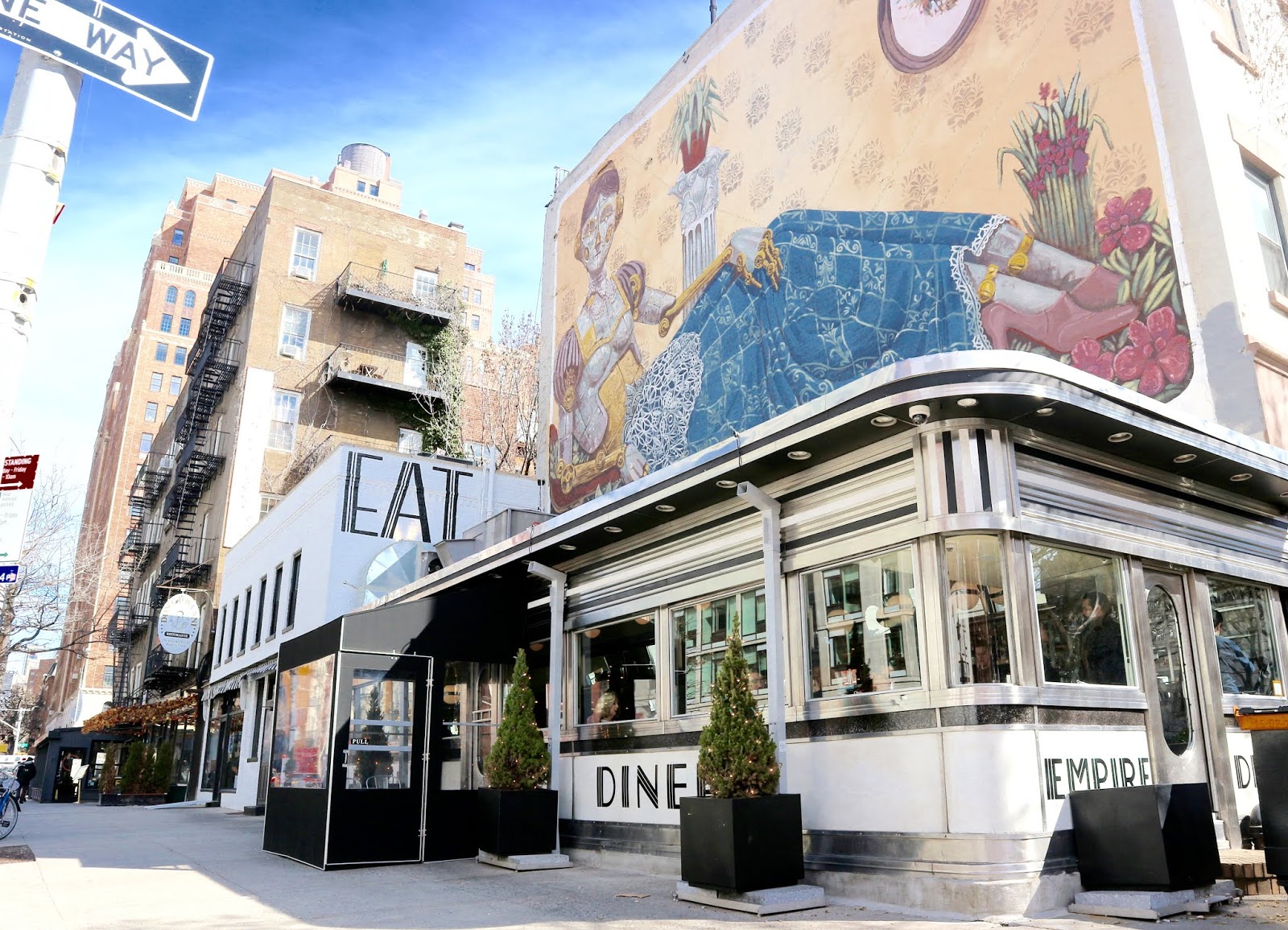 Did you know that New York is the most filmed city in the world? It's true. Walking the streets of New York City, you will come across countless locations from your favourite films and TV shows. Naturally, when I visited last year I couldn't wait to cram in as many as possible.

As you can imagine, it was tricky to narrow this list down. Besides the Hollywood studios themselves, New York City is pretty much the place to be when it comes to locations for film buffs to visit. From romantic comedies, to cult classics and action-packed blockbusters, New York has seen it all. And so, in no particular order, here are six movie locations I made a point to visit in NYC. 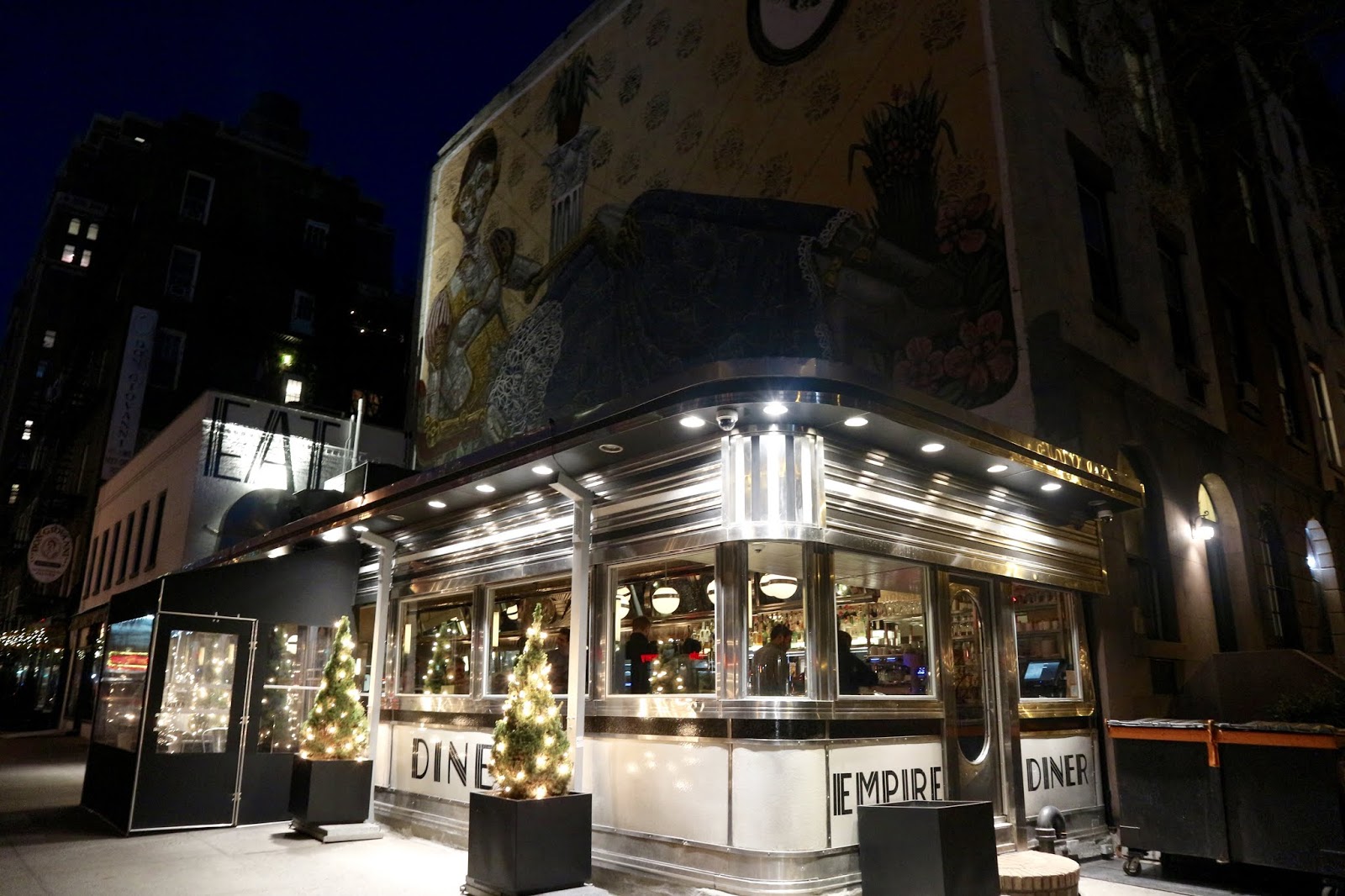 The Empire Diner, 210 10th AVE NEW YORK, NY - Perhaps my most favourite film location was the famous Empire Diner. Located in the heart of West Chelsea, The Empire Diner on 10th Avenue originally opened in 1976. This landmarked building serves up classic all-American dishes with a modern twist in a charming part of town. Having been upgraded with a swish art deco-inspired interior within the last few years, this wholesome little diner is also the filming location for several scenes throughout the Men in Black film franchise, as shown in the video above. You may also recognise it from the 2002 film, Igby Goes Down (Burr Steers) starring Claire Danes and Jeff Goldblum; as well as Home Alone 2: Lost in New York (Chris Columbus, 1992). I had the pleasure to dining at the Empire Diner on my very first night in New York and I would absolutely recommend visiting if you get a chance. Not only is it worth the visit for the fantastic food and delicious cocktails but to soak up some real American culture. 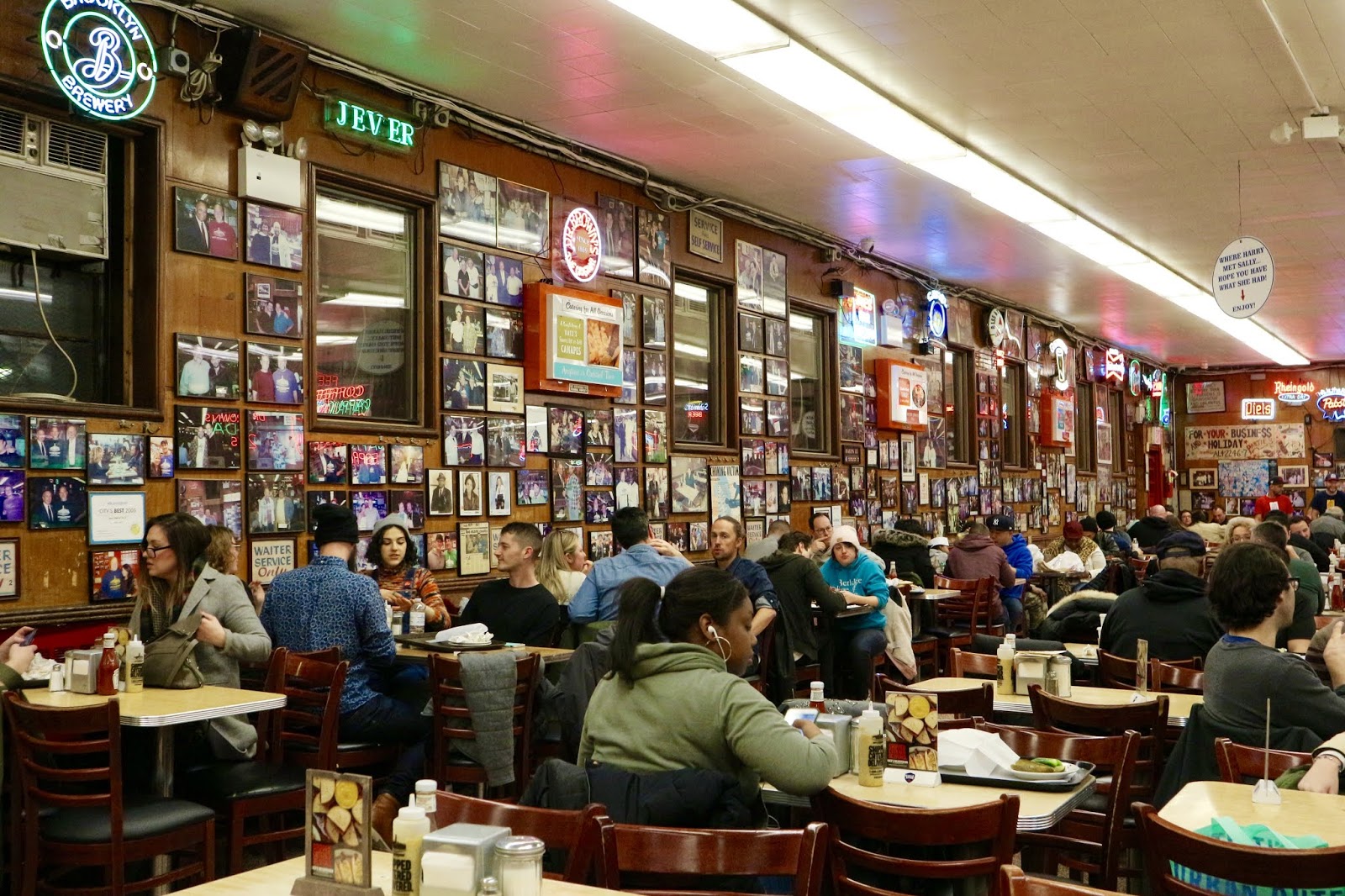 Katz's Delicatessen, 205 E Houston St, Downtown New York, NY - Another famous eatery in New York is Katz's Delicatessen. This iconic deli is famous for serving mile-high sandwiches since 1888. Whilst Katz may not look very glamorous, this deli has welcomed countless high-profile celebrities through its doors, from movie stars to Presidents and Elvis Presley himself - all of whom you can see pictured on the walls. It is most famous, however, for being the location for that memorable scene in romantic comedy, When Harry Met Sally (Rob Reiner, 1989). Lucky for us movie fans, there's even a sign hanging directly above the very same table from the film so you can recreate it that notorious scene for yourself. 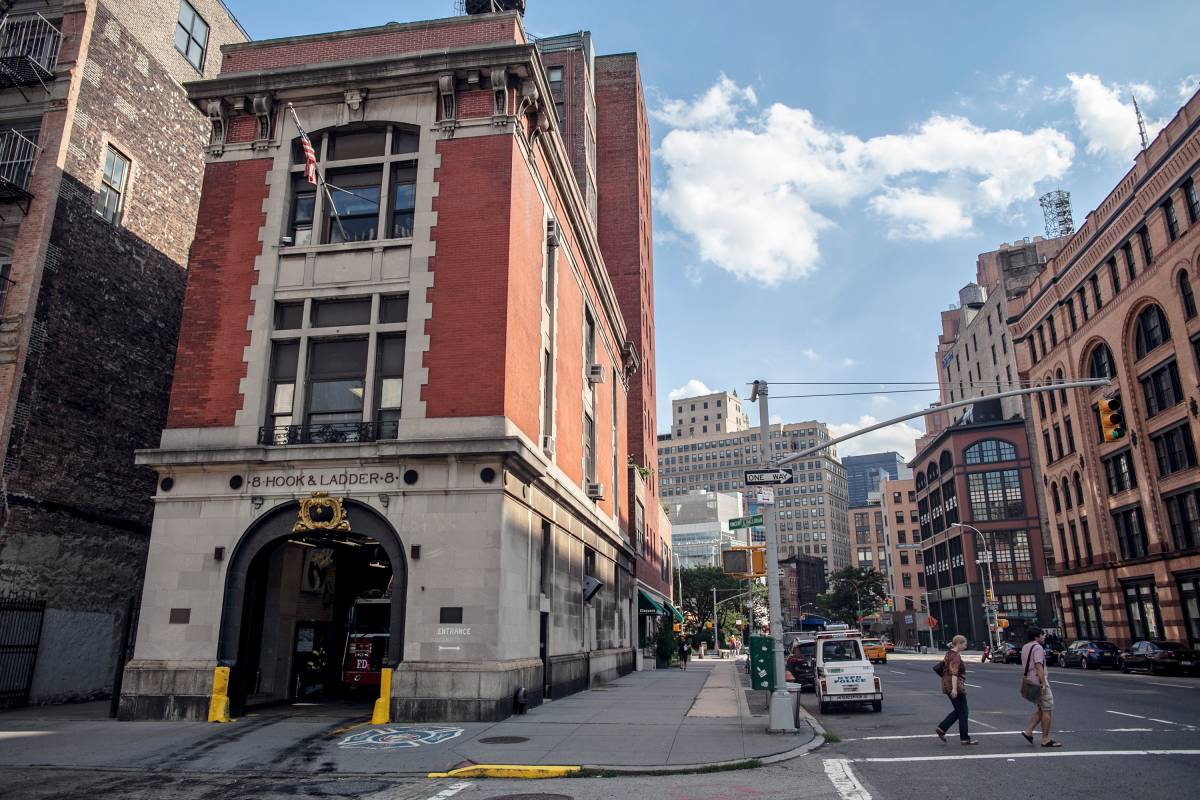 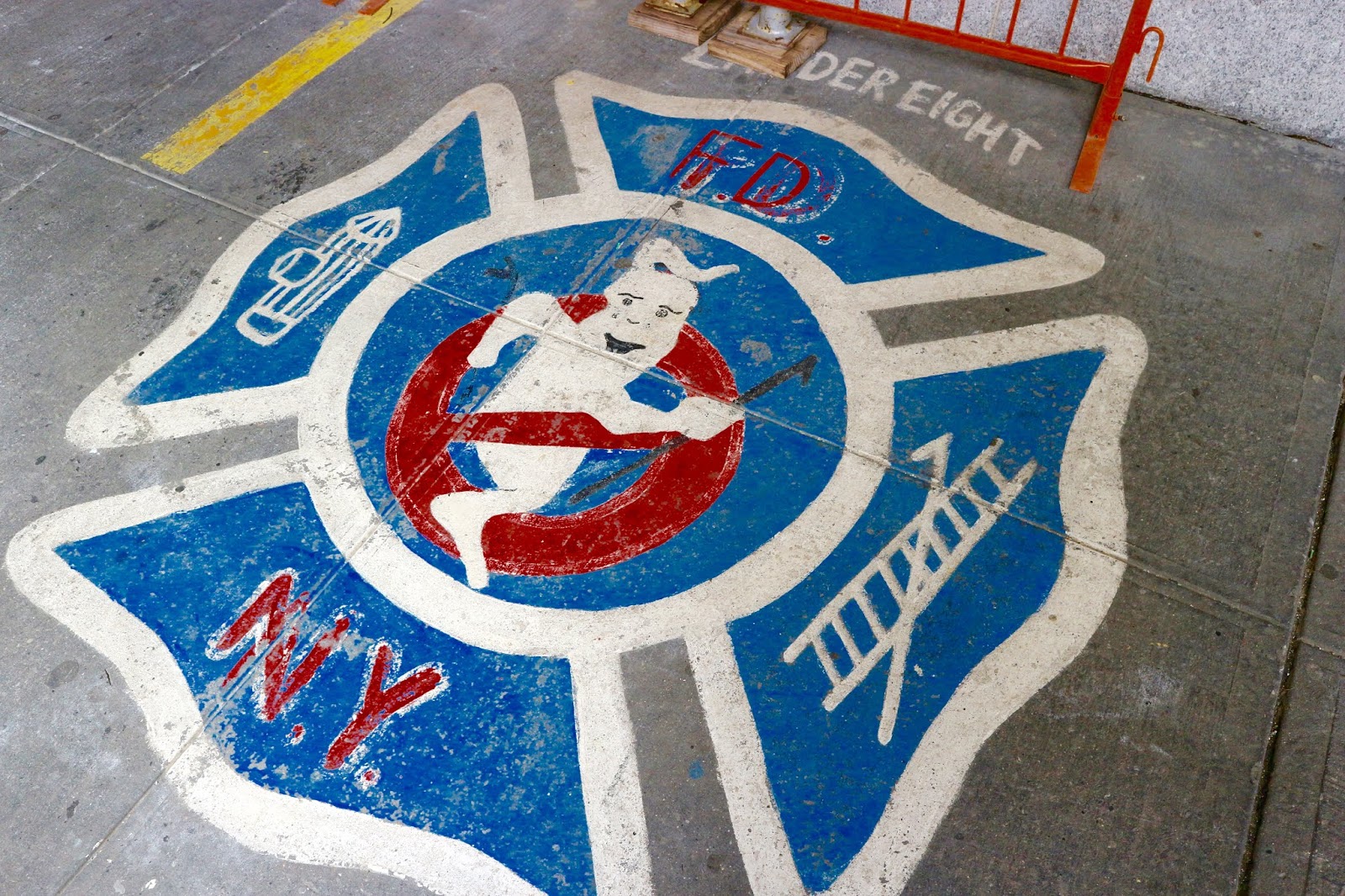 Hook & Ladder Company 8, 14 North Moore Street, Tribeca, New York City- An obvious film that immediately comes to mind when thinking about movie locations in New York is Ghostbusters (Ivan Reitman, 1984). Naturally, there are a whole host of spots all over the city that you can visit as a Ghostbusters fan. From the Statue of Liberty from the second film, to the New York Public Library where the gang encounter their first ghost. However, if that's too subtle for you, you can visit the actual Ghostbusters Firehouse in the Tribeca neighbourhood of Manhattan. 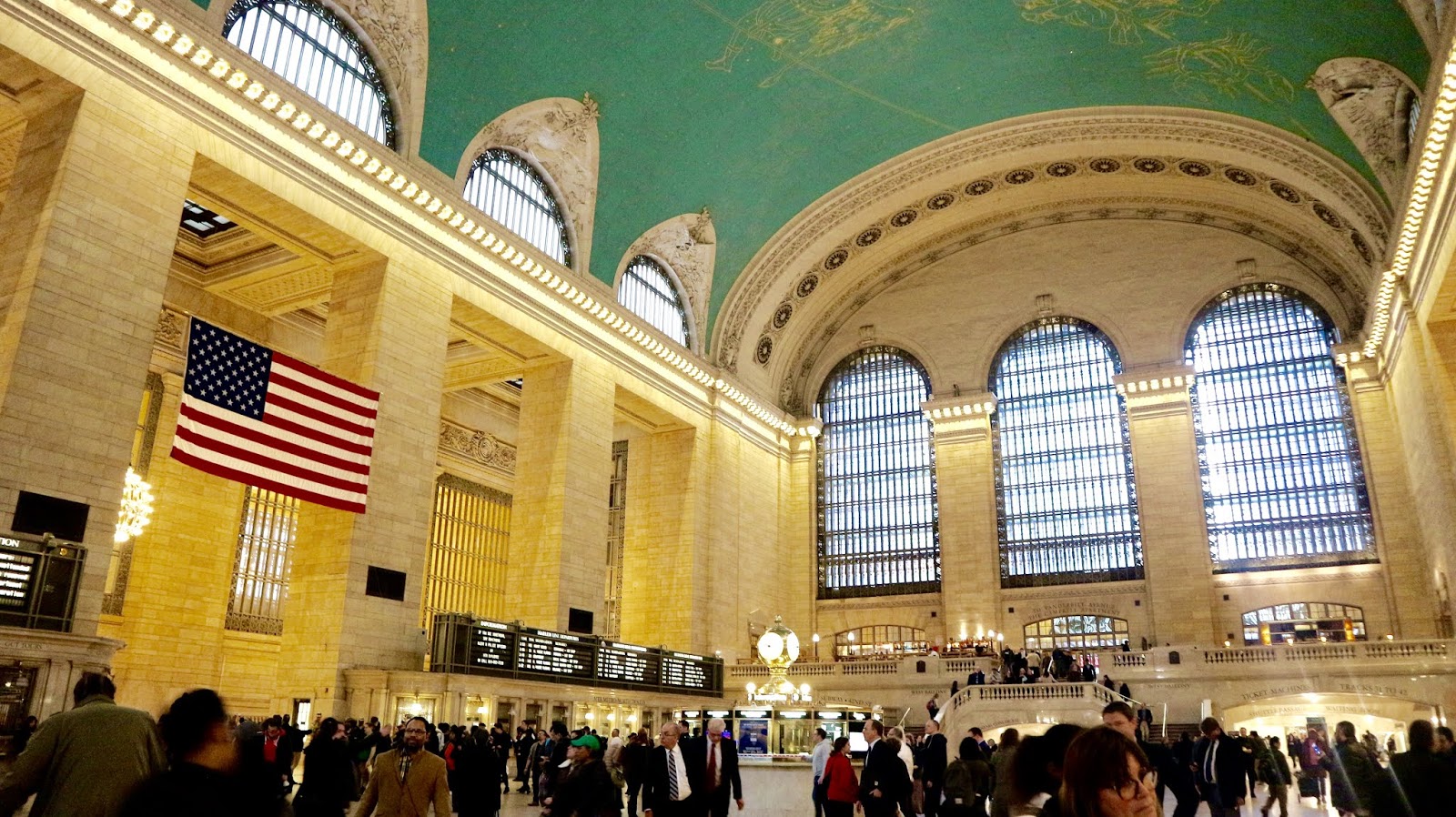 Grand Central Terminal, 89 E 42nd St, New York, NY - Grand Central Station is one of the most recognised landmarks in the world so it's hardly surprisingly that it's used for so many iconic film scenes. From Hitchcock's North by Northwest (1959) to The Untouchables (Brian De Palma, 1987) to Armageddon (1998) and Avengers Assemble (Joss Whedon, 2012), and even animated in Madagascar (Eric Darnell & Tom McGrath, 2005) it's a must-see spot for any film lovers - or even just tourists wanting to soak up as much New York culture as possible. If you get a chance also, head downstairs to the famous food court for the best cheesecake you'll ever eat - ever. 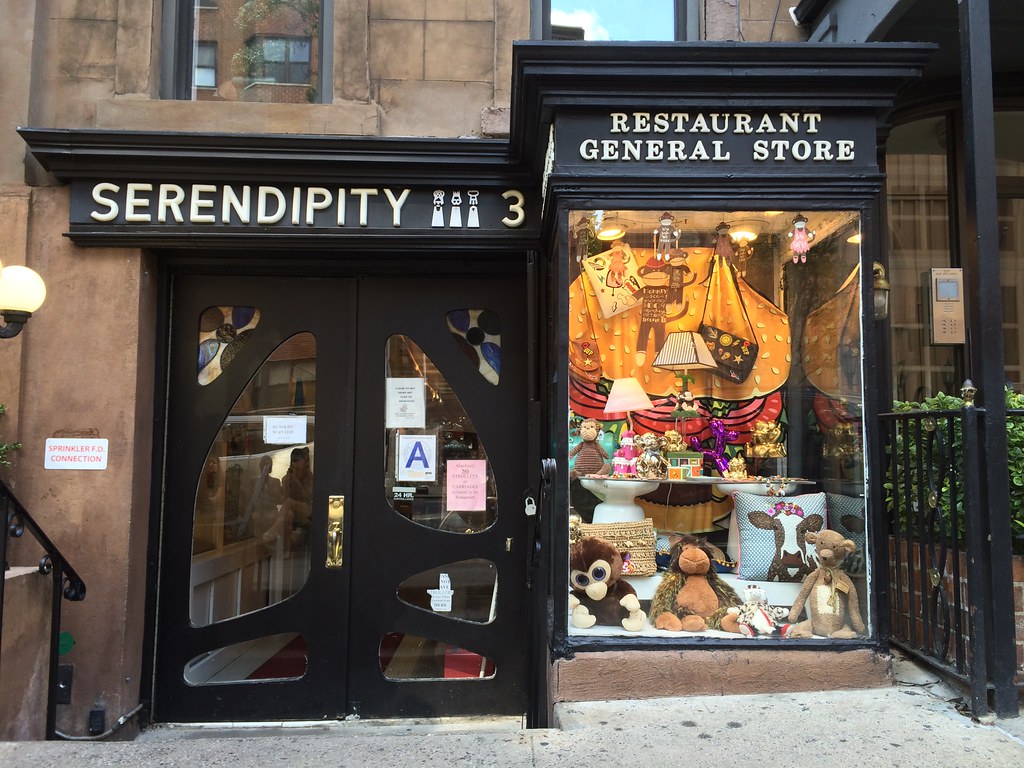 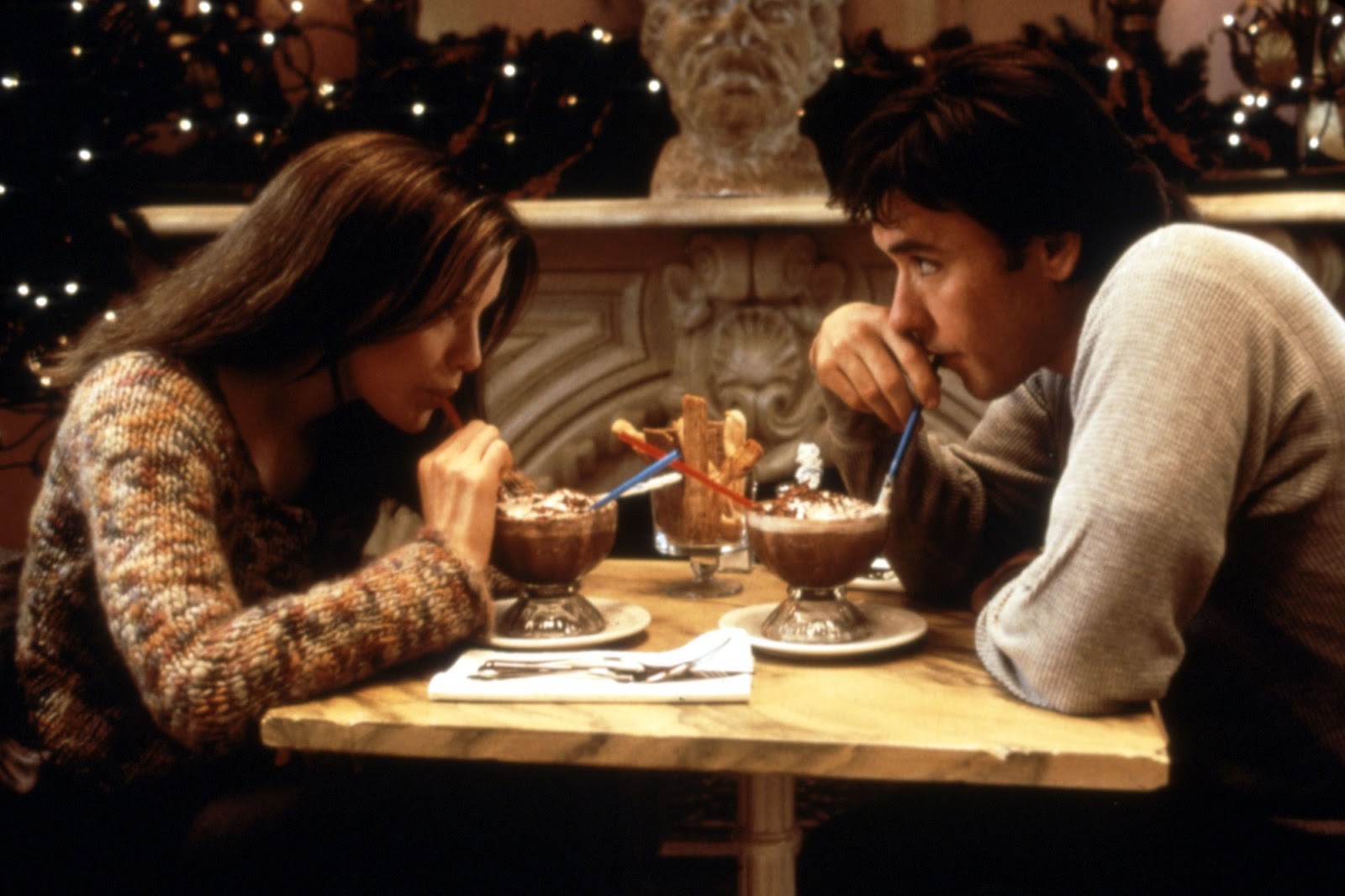 Serendipity 3, 225 E 60th St, New York, NY - Yet another place to binge on delicious American cuisine that also happens to be a filming location is Serendipity 3. Located just a stones throw from Central Park and founded in 1954, this is one of New York's most famous dessert destinations. Serving up extravagant sundaes, waffles and ice cream, it was also once the filming location of rom-com Serendipity (Peter Chelsom, 2001) starring Kate Beckinsale and John Cusack. Come for the movie creds, stay for the frozen hot chocolate. 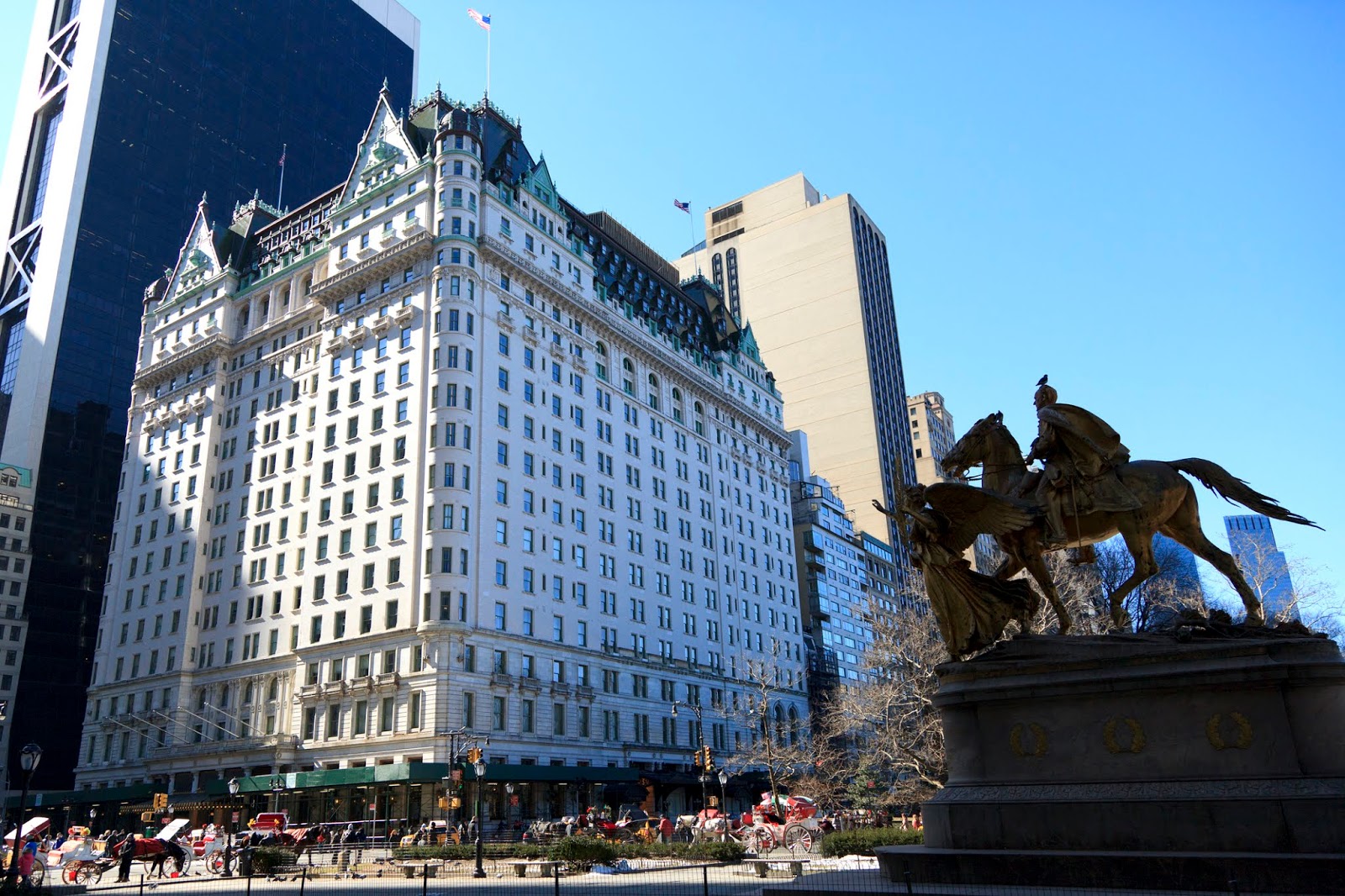 The Plaza Hotel, 768 5th Ave, New York, NY - Offering beautiful views of Central Park is the famed Plaza Hotel. Opened in 1907, this luxury landmarked building is a 5 star hotel and apartment building in Midtown Manhattan. Movie fans may recognise it, however, as the hotel that Kevin McCallister takes up residence in Home Alone 2: Lost in New York - living it up in Room 411. Filming actually took place in the same Plaza hotel room although the large suite that Kevin and his family stay in at the end of the movie can't actually be found at the Plaza. To celebrate the 20th anniversary of the film, the hotel even offered an exclusive package so guests could experience the full Kevin experience - complete with a decadent ice cream sundae delivered by room service.

Well, that's it for this movie inspired post from New York City. But tell me, have you ever visited New York and spot any film locations on your travels? Which film locations would you love to visit and why? As always, I love reading your comments so please do leave me lots of lovely ones down below.

Until next time film lovers,