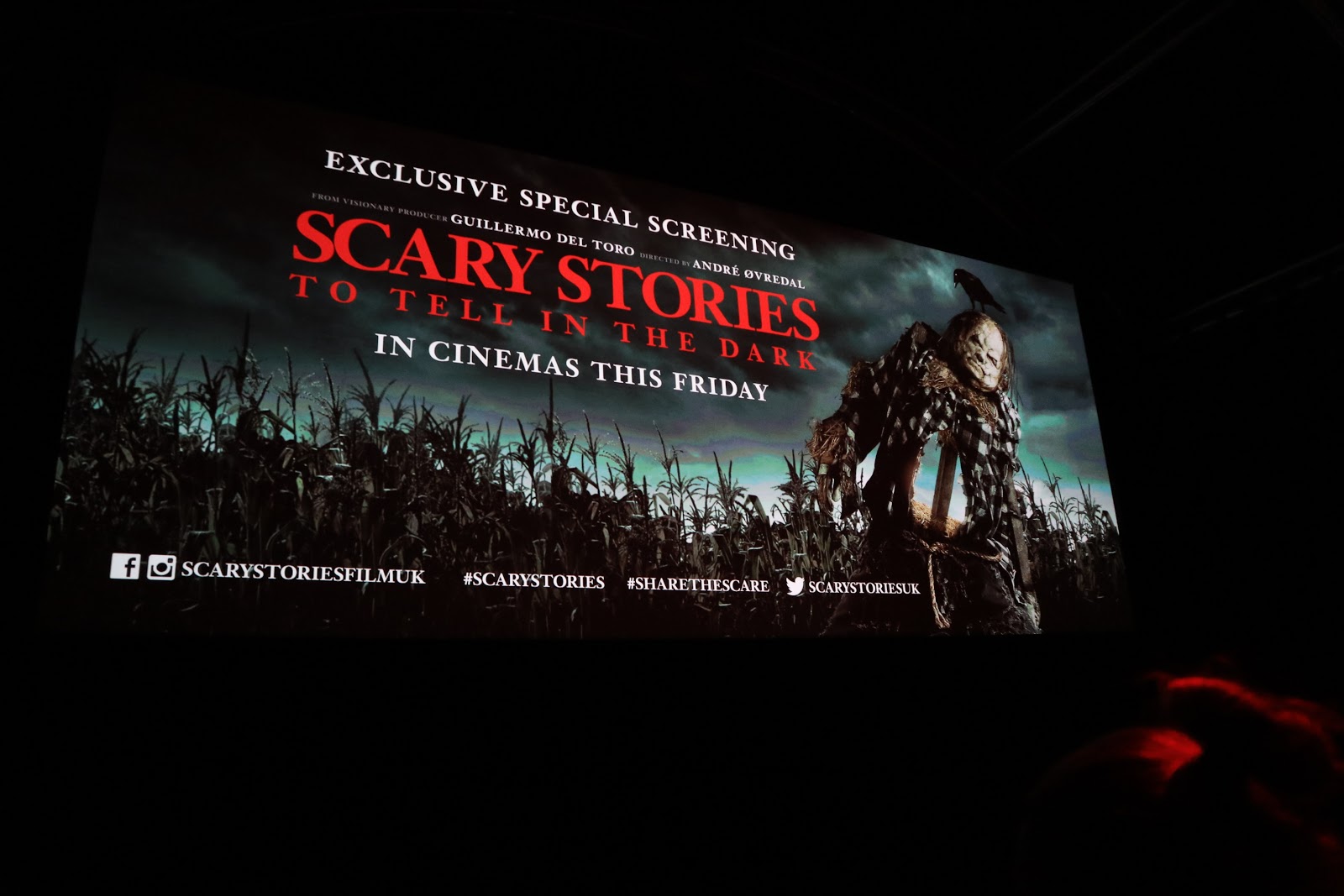 This week, myself and Stevie were invited along to a very special, immersive Film event to celebrate the release of *EOne’s latest horror flick, Scary Stories to Tell in the Dark (André Øvredal, 2019). Located at the Bankside Vaults on London's Southbank, we were treated to a preview screening of the film, with some spooky treats.

Guess who has the most engaging ads?
Top Things to Do in San Francisco, Ca…
'Out of 100 stories, they only got 5 …
How To View Instagram Stories Anonymo…
5 Celebrities Who Use CBD To Stay Cal… 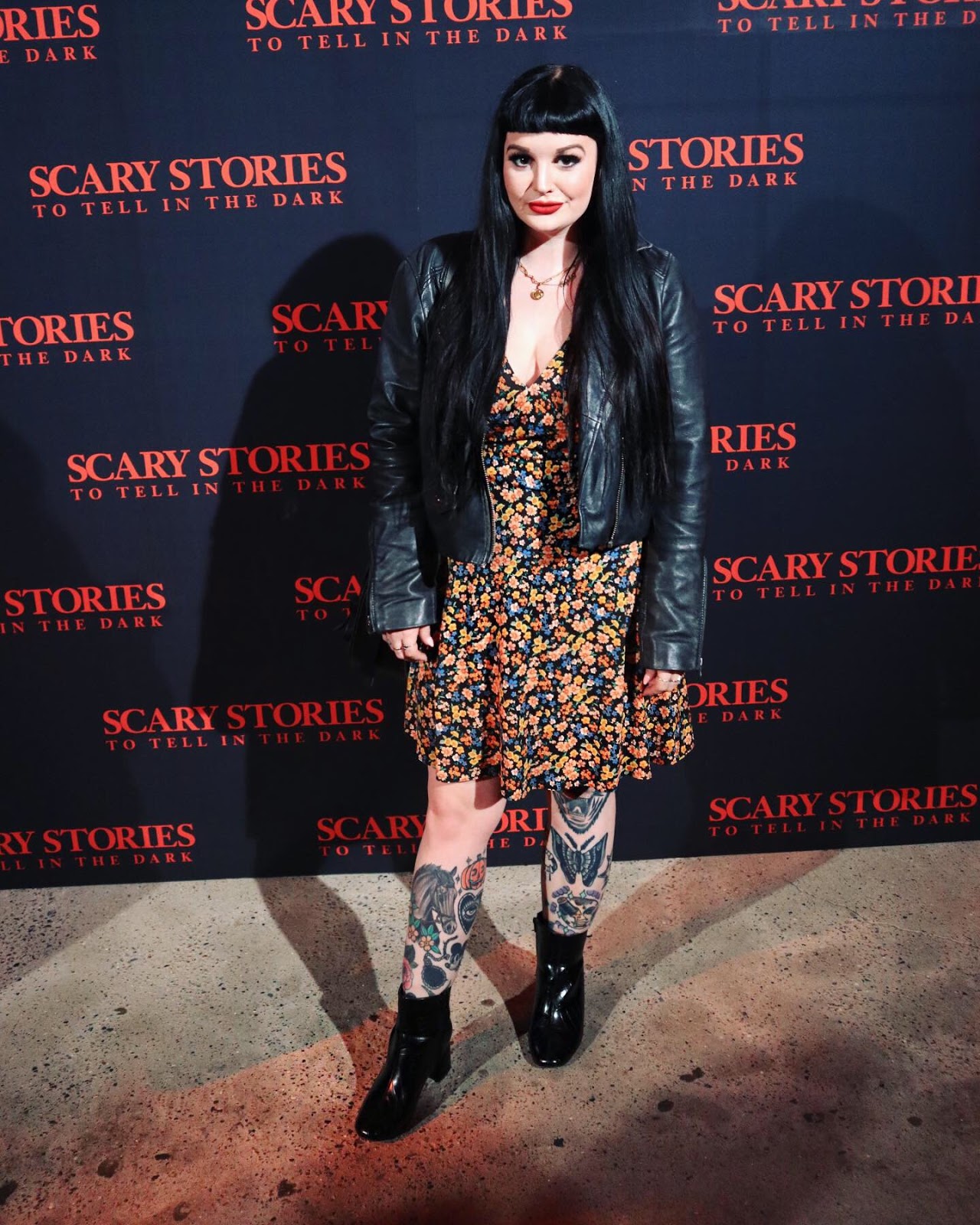 Having been welcomed inside the Vaults, we took our seats in the screening room, complete with snacks, and braced ourselves for a scare. Scary Stories to Tell in the Dark is an affectionate adaptation of Alvin Schwartz’s book of short stories of the same name. Set in 1968, the film follows a group of misfit friends who break into an infamous haunted house on Halloween night.
Once inside, the group discover a mysterious book of handwritten stories belonging to Sarah Bellows - the daughter of a wealthy paper mill owner who spent most of her life imprisoned by her family. Unfortunately for the teens, Sarah’s horrific stories quickly start coming to life, picking them off one by one in a series of gruesome ways; playing on their most inner fears. And, whilst there are plenty of scares and uncomfortable moments to be had throughout (you may be put off stews for a while), the narrative stays true to the original books and never goes so far to let things get too gory. So for you film fans who shy away from horror, this may not be as terrifying as you imagine. 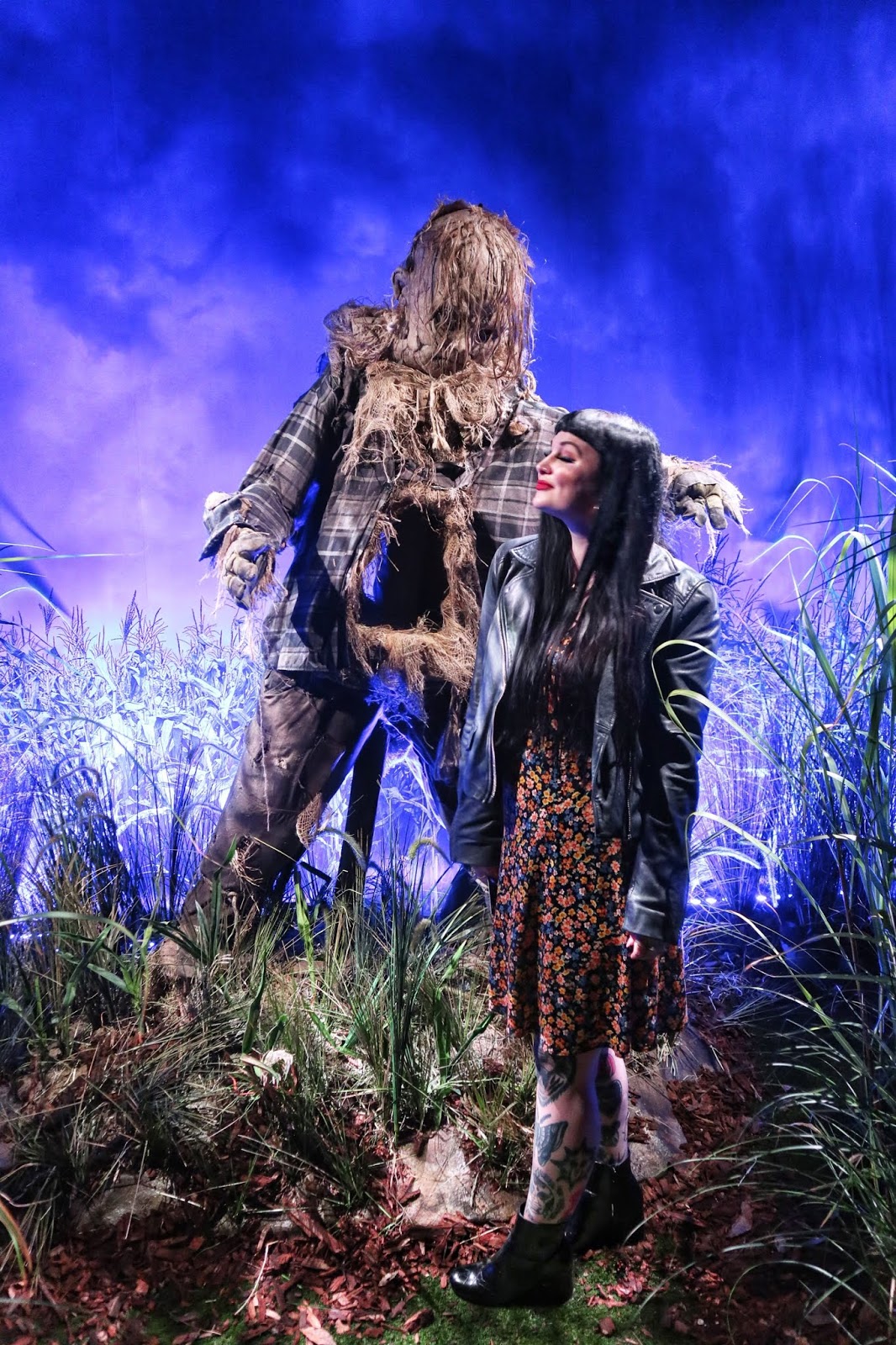 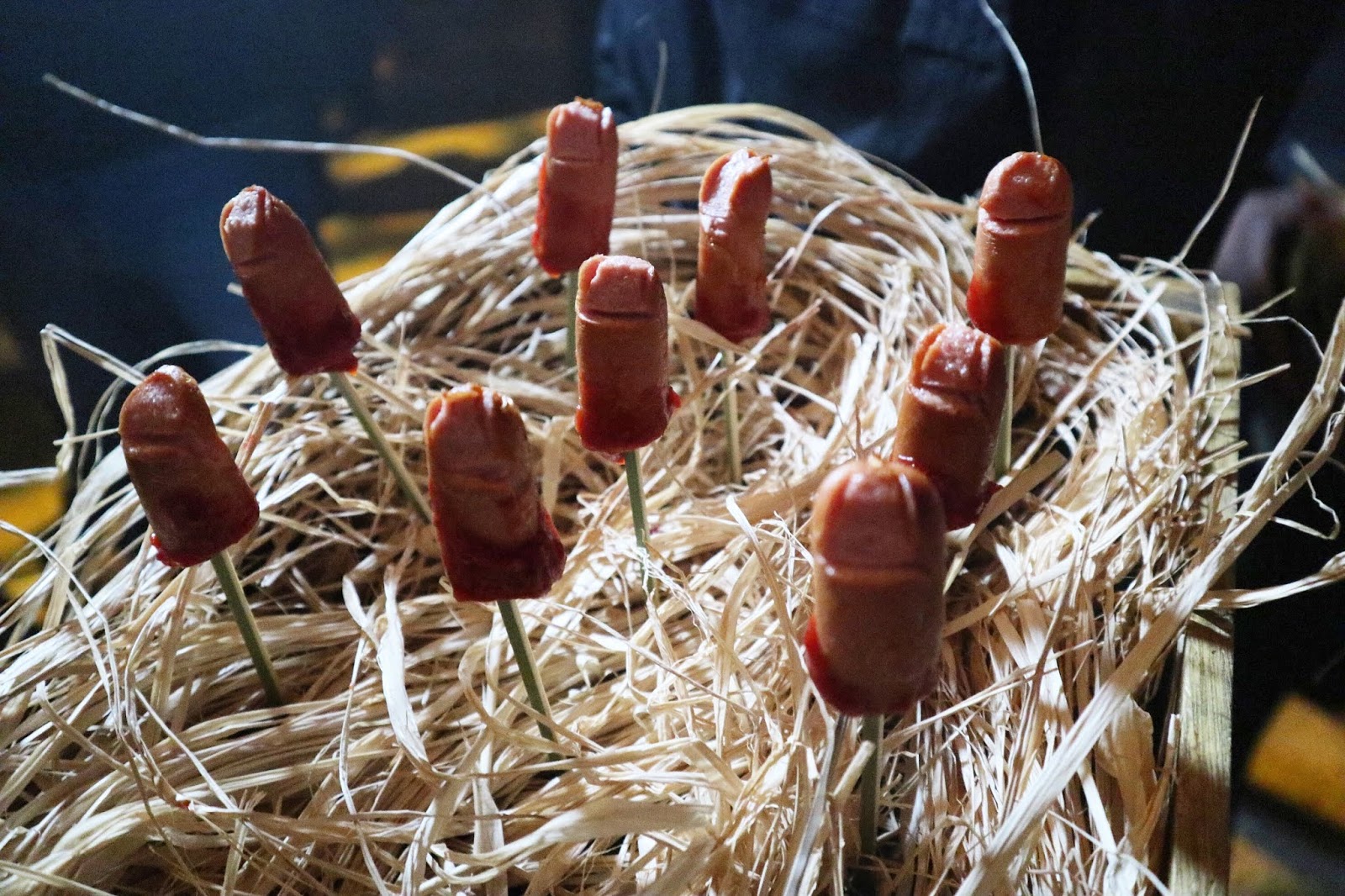 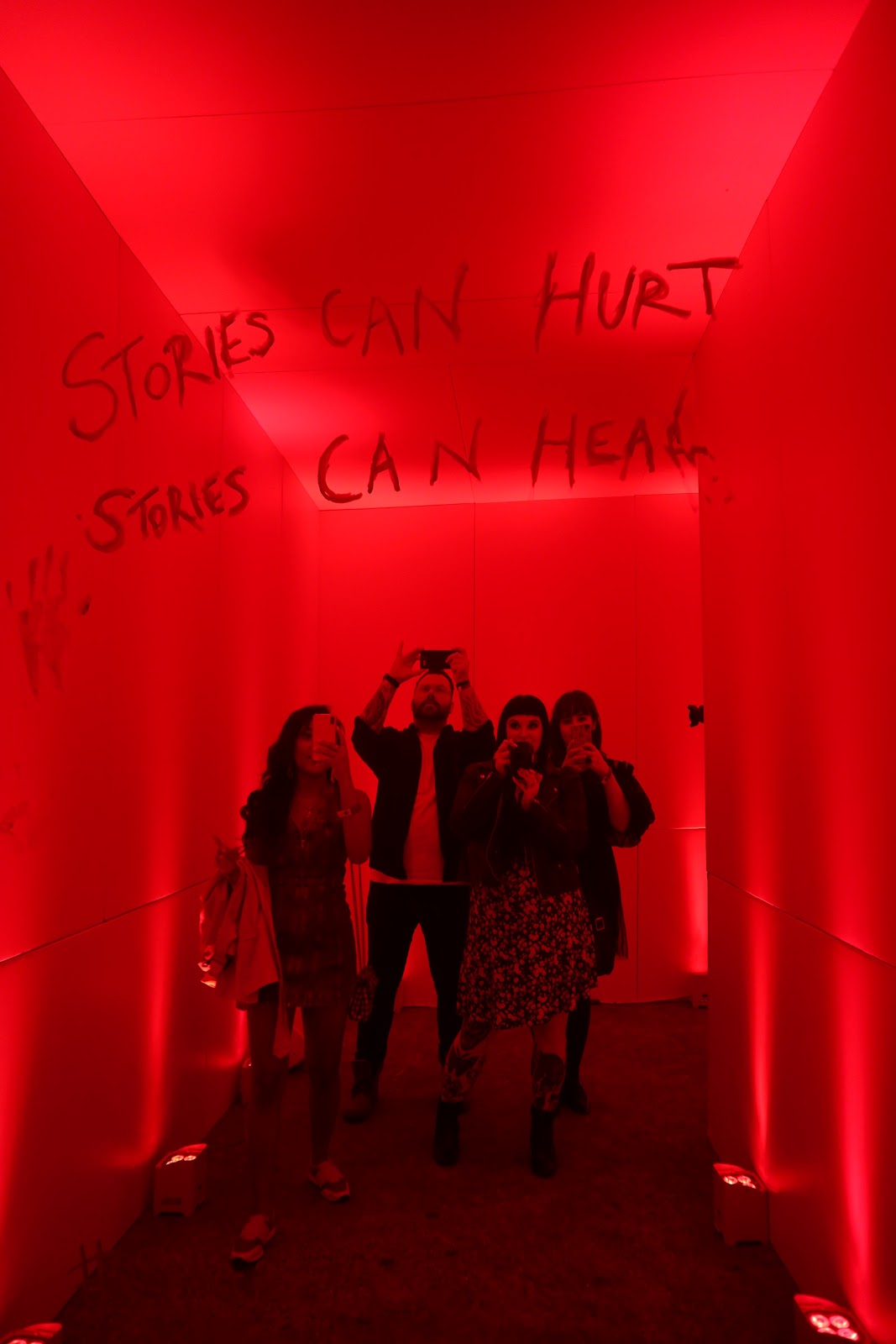 Produced by Guillermo del Toro, there are some wonderful comparisons between Scary Stories and The Devil’s Backbone (2001), Crimson Peak (2015) and possibly even Cronos (1993). It combines the dark and twisted with the magical and compassionate. However, this storybook could have perhaps benefited from having a stronger foundation. Whilst there are certainly scares galore and moments you may prefer to watch through your fingers, Scary Stories falls a little flat towards the end as it desperately tries to conclude with an extended metaphor. As, of course with all horrors, there are some moments which come across as a little too far fetched, even for fantasy genre.
Ultimately though, Scary Stories to Tell in the Dark is a fun and thrilling horror which is well worth a see this Summer. I left feeling even more excited for Halloween as it pays homage to Classical Hollywood and American drive-in culture. The film’s lead, Zoe Colletti, does a brilliant job of adding some emotive weight as Stella. Though unfortunately, it does need to be pointed out that the deadly story-weaving events are entirely her fault for stealing the book. 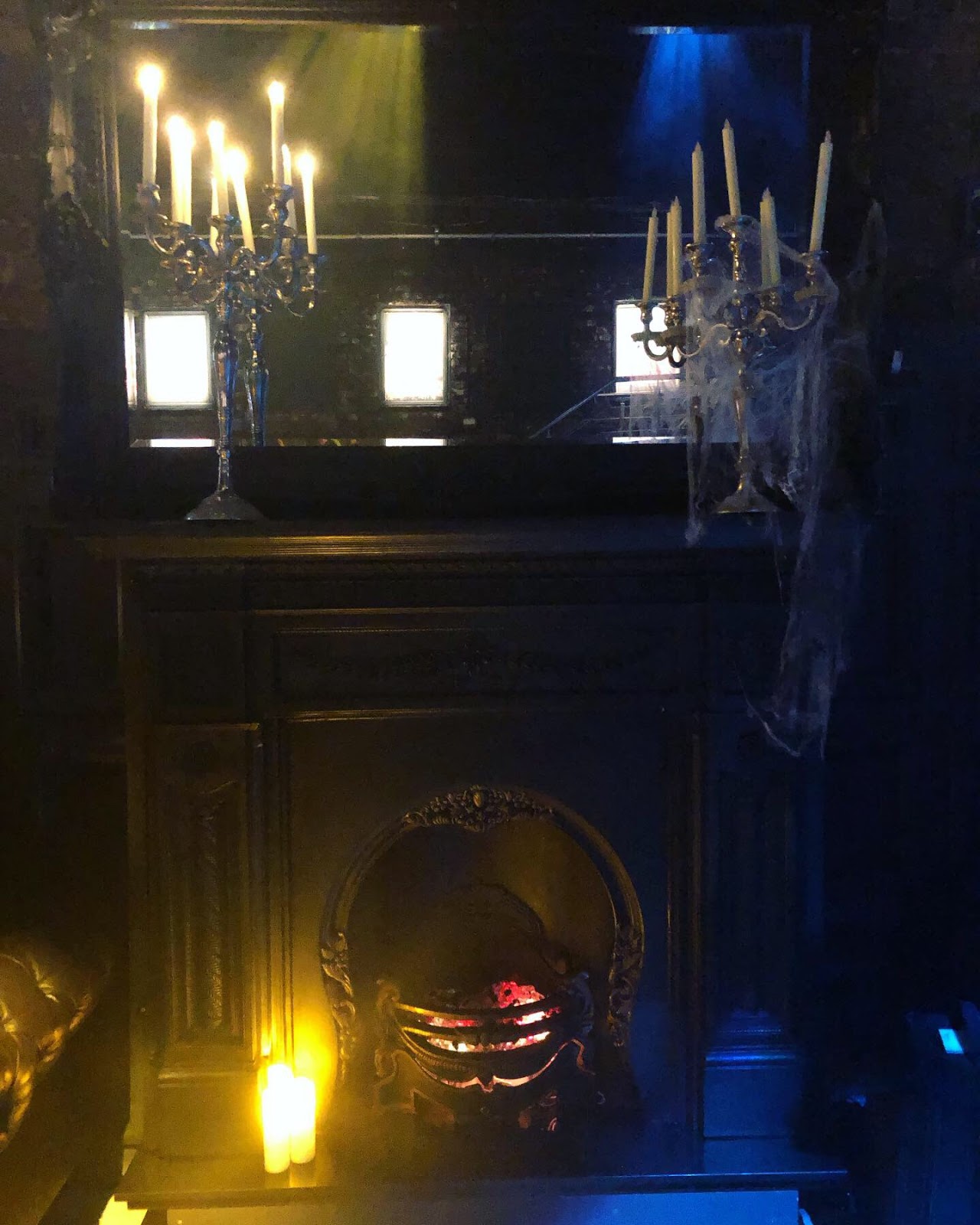 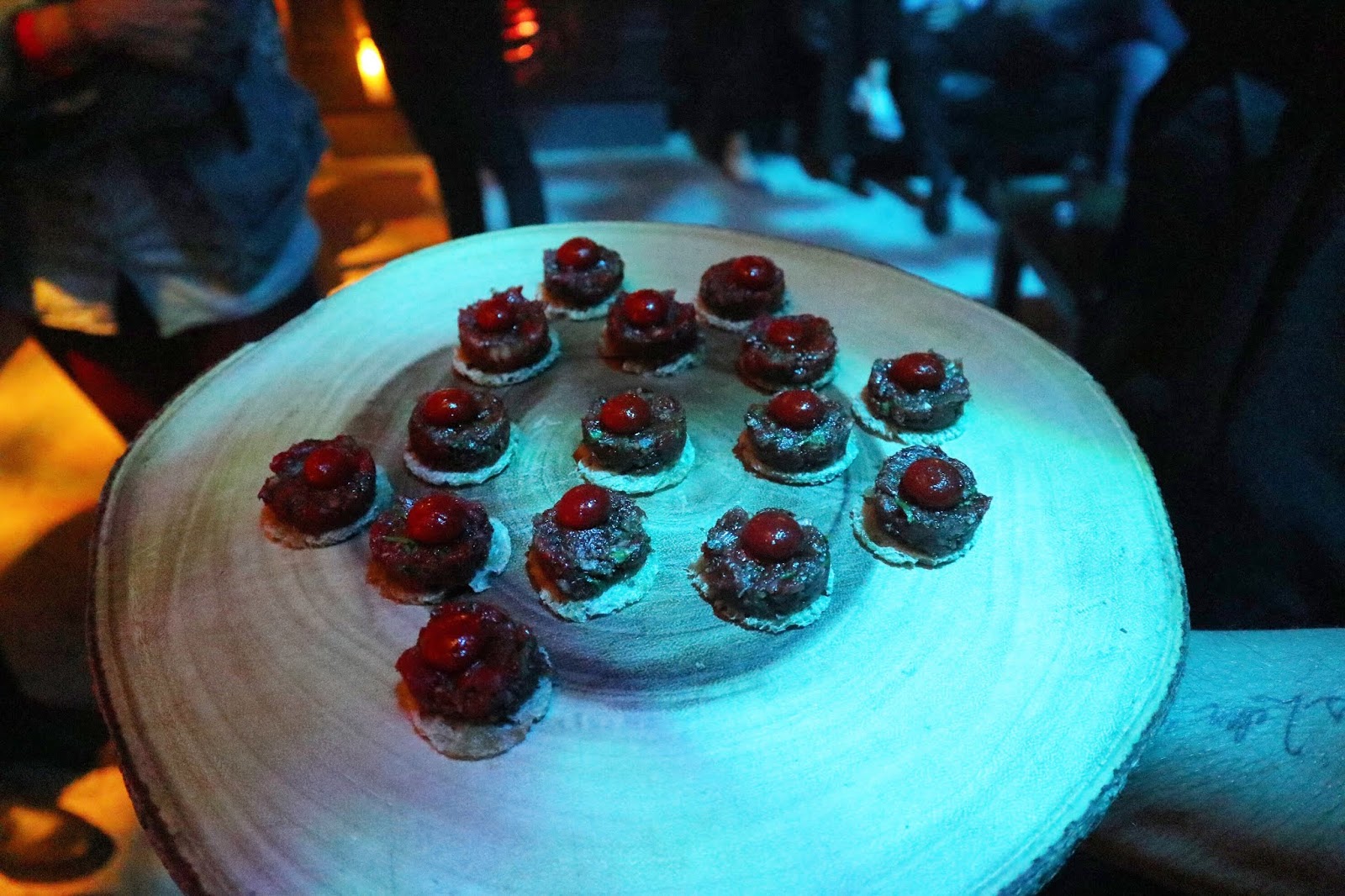 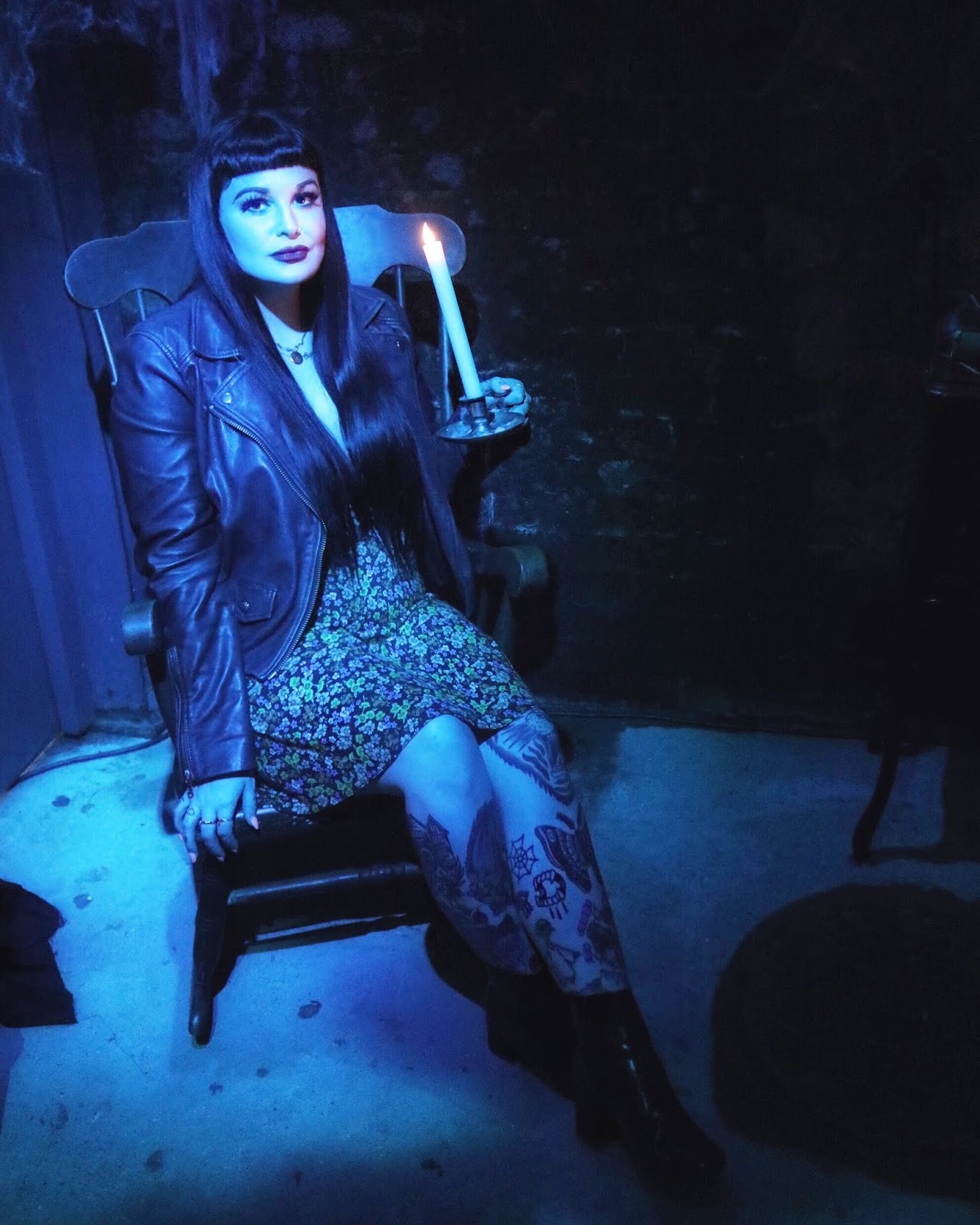 Having seen the film, we were taken deeper inside the vaults for an immersive experience. The bathrooms had (fake) spiders crawling on the sinks, waiters walked round with food inspired by stories from the film, including the Red Spot (pictured above - tomato ) and The Big Toe (caved hot dogs). But my favourite part was getting to meet the film’s real star, Harold the scarecrow.
I know I’ve said it before at movie experiences like this but I just love how much detail and effort goes into creating events and marketing films in such a unique way. The food was genuinely delicious and we had a fantastic time. I also particularly loved meeting Harold - a true friend for life. A huge thanks to EOne for the invite to the event, I had a wonderful time and was genuinely creeped out by the film. If you're feeling brave, you can catch Scary Stories to Tell in the Dark in UK cinemas now. But tell me, will you be seeing Scary Stories to Tell in the Dark this weekend? What are some of your favourite horror films? As always, I love reading your comments so please leave me lots of lovely ones below.
Until next time horror fans,

*Disclaimer: I was invited to event as a guest of EOne. As always, all opinions and thoughts are my own.


This post first appeared on POPCORN AND GLITTER, please read the originial post: here
People also like
Guess who has the most engaging ads?
Top Things to Do in San Francisco, California
'Out of 100 stories, they only got 5 right. They'll know the truth': Ronaldo slams media on Instagram amid exit claims
How To View Instagram Stories Anonymously Without Being Seen
5 Celebrities Who Use CBD To Stay Calm And Relaxed
Vehicle Preparedness – Managing Mechanical Issues
5 ways to support a sick spouse