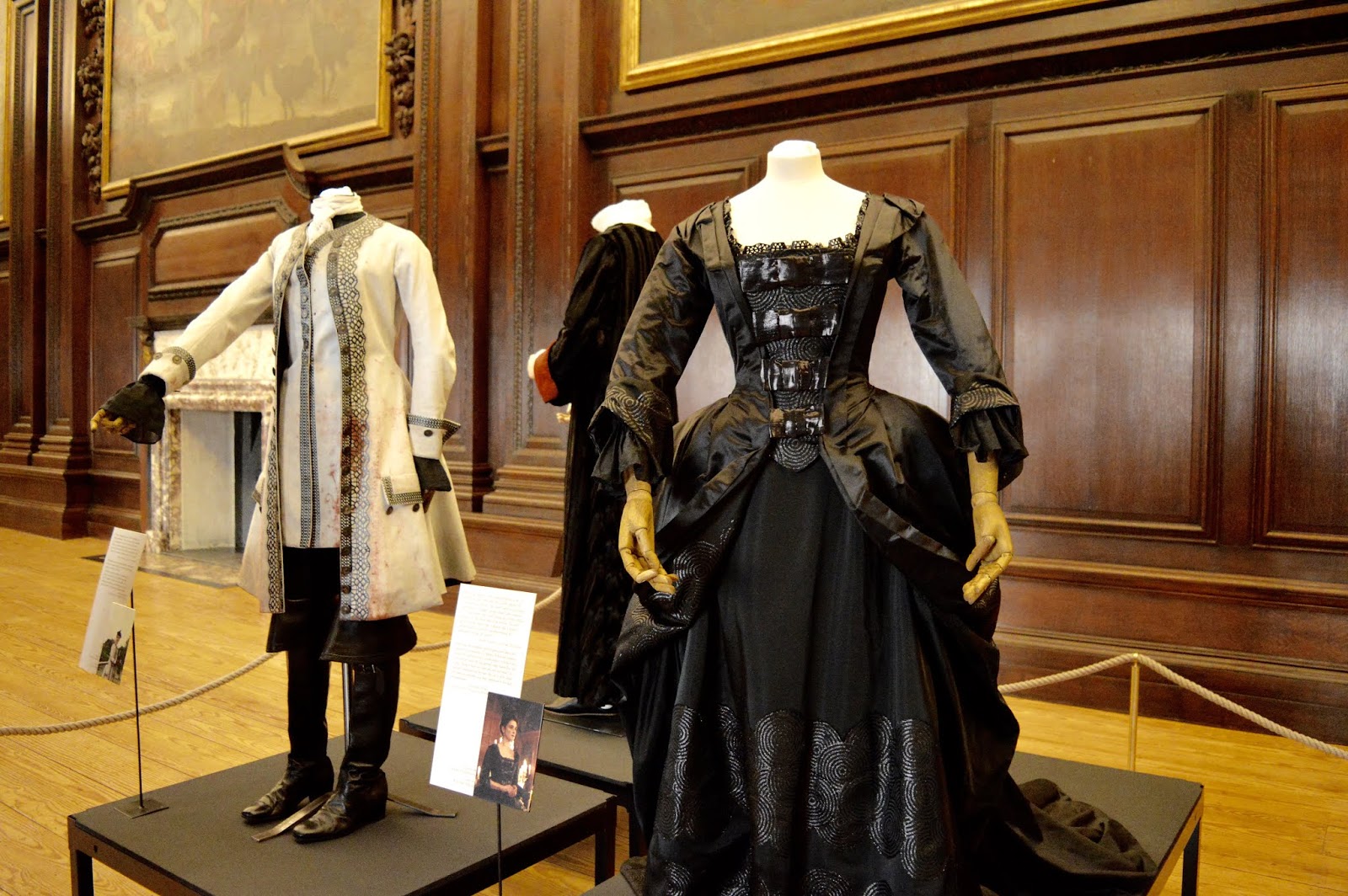 This past weekend, I finally got around to revisiting Hampton Court Palace. Despite it being only a 25 minute drive from our flat and wanting to go for literally years, I finally got around to it. Besides being an absolutely beautiful day, it was well worth the visit visit to see the incredible costumes and filming locations from 2019 Oscar front runner, The Favourite (Yorgos Lanthimos, 2018). 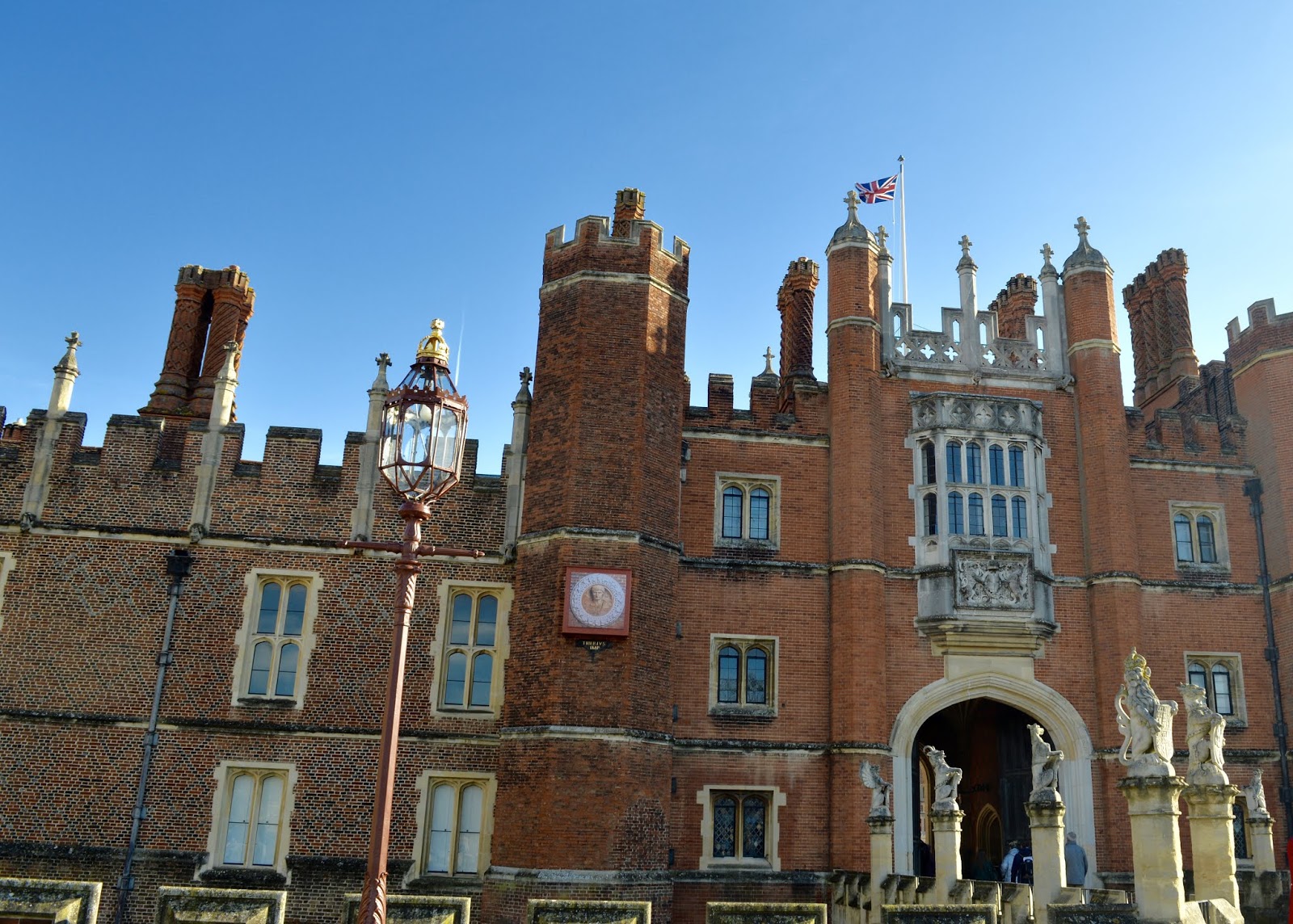 For those of you who have never been to Hampton Court Palace, it's located in Richmond, Surrey (near my hometown of Kingston) and was once home to Henry VIII and his wives. The palace has been preserved well; keeping the majority of the decor from the 16th Century and steeped in fine British history.

More recently, however, it became the set of the critically acclaimed film, The Favourite, starring Olivia Colman, Emma Stone and Rachel Weisz. Having seen the film just a few days before, I was very excited to visit some locations from the film and see some of the stunning costume design up close. Walking round, it's almost impossible not to hear Olivia Colman's Queen Anne yelling out the windows or throwing a tantrum in the direction of a servant. 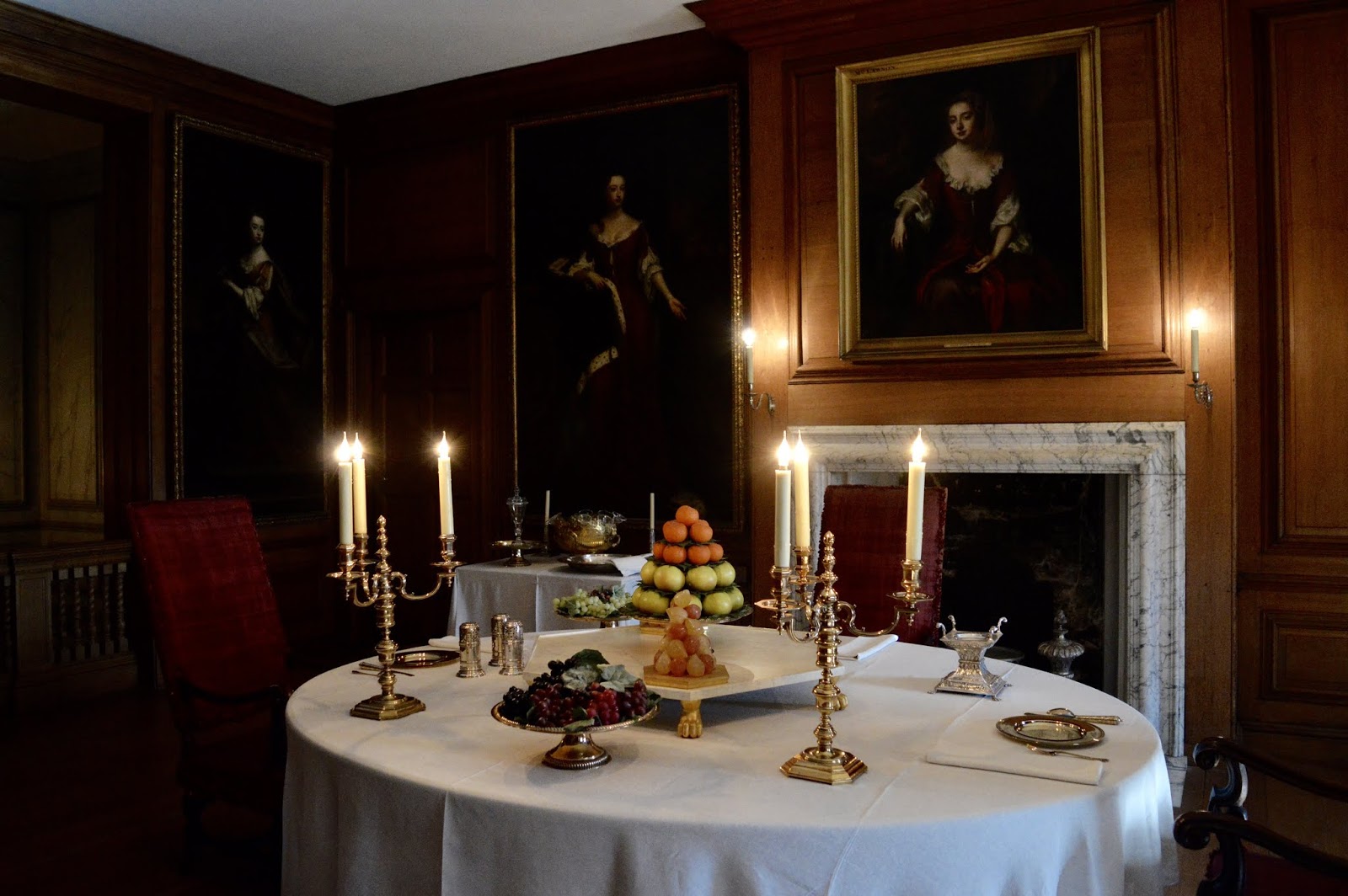 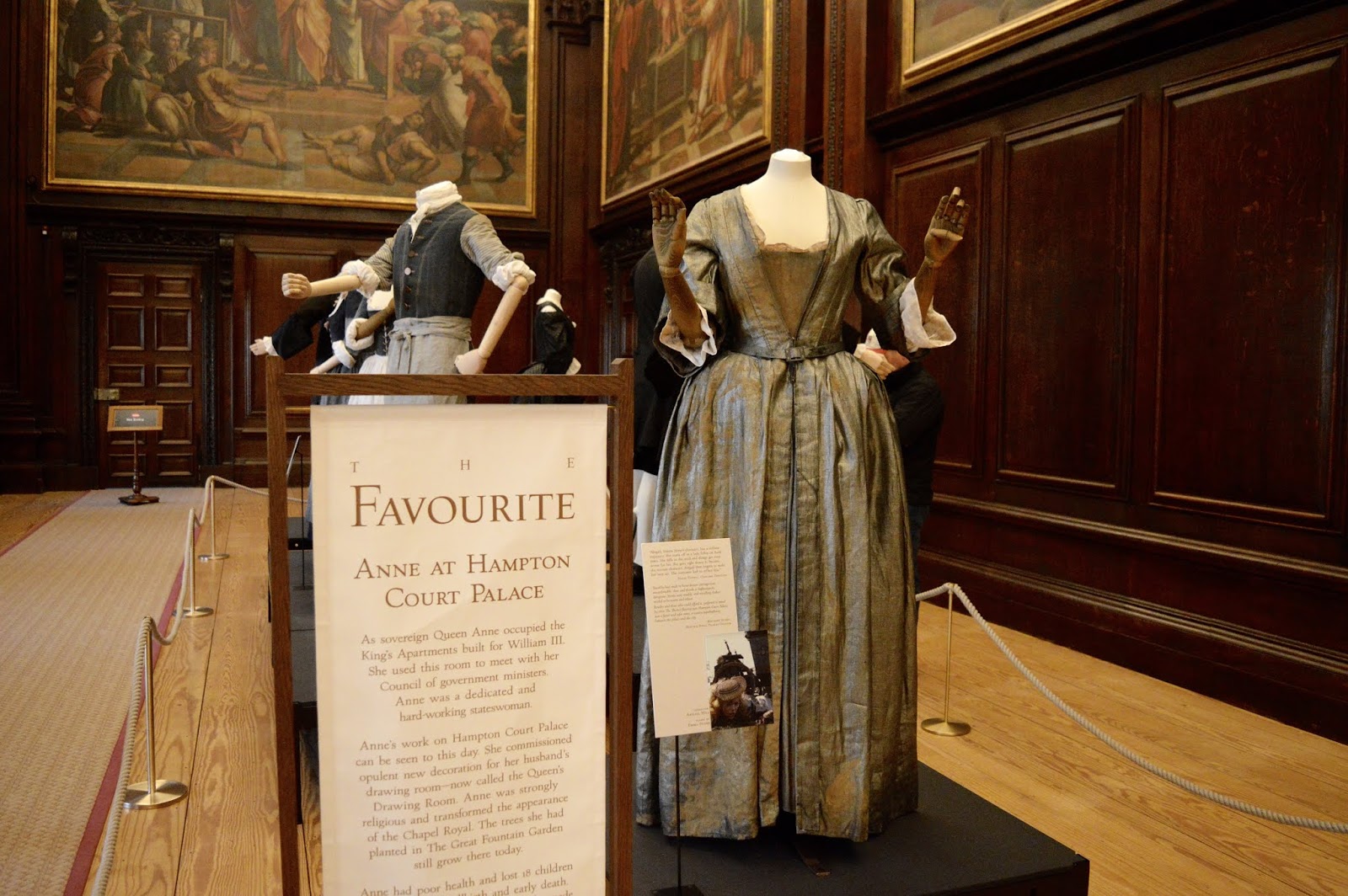 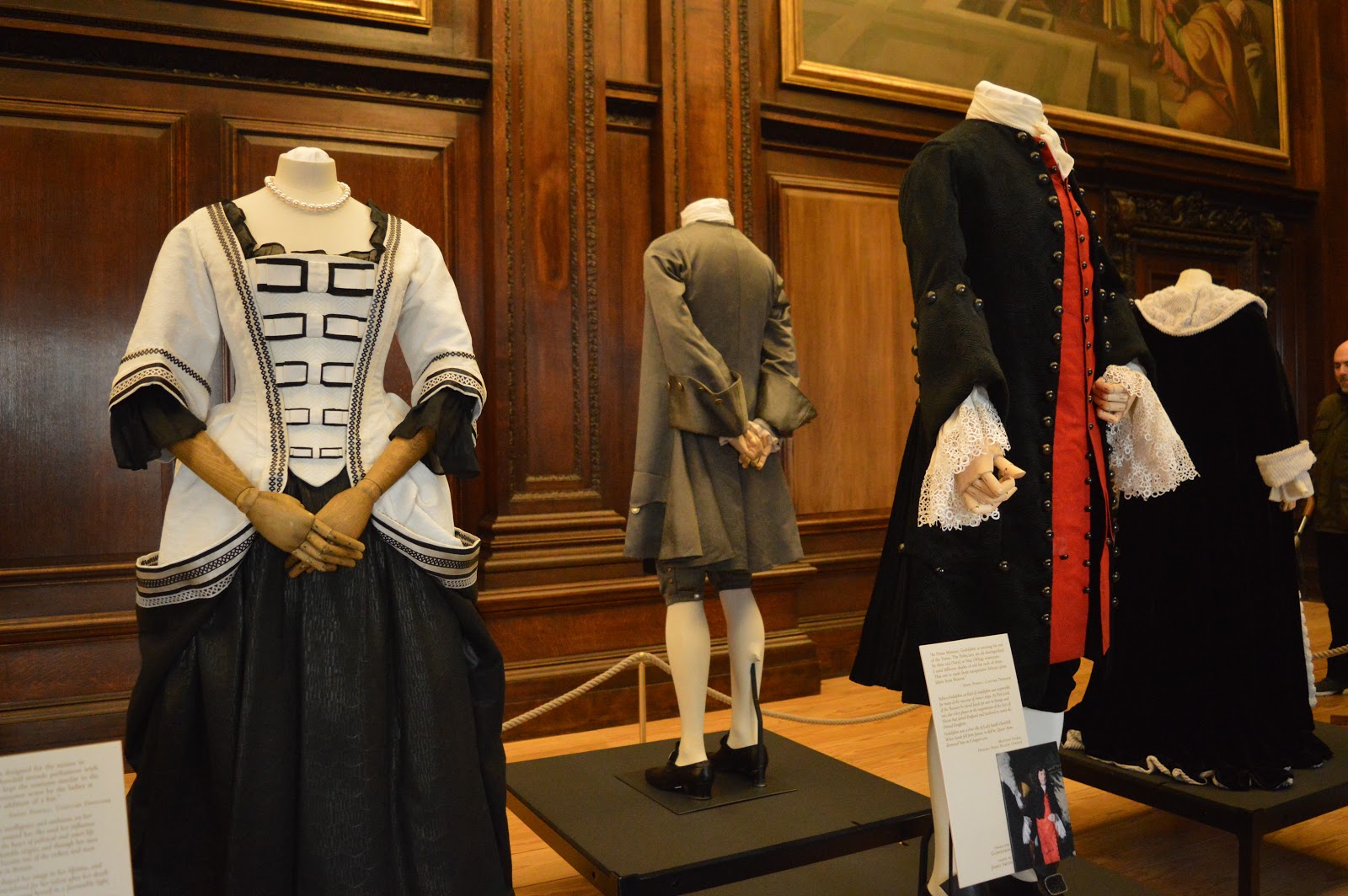 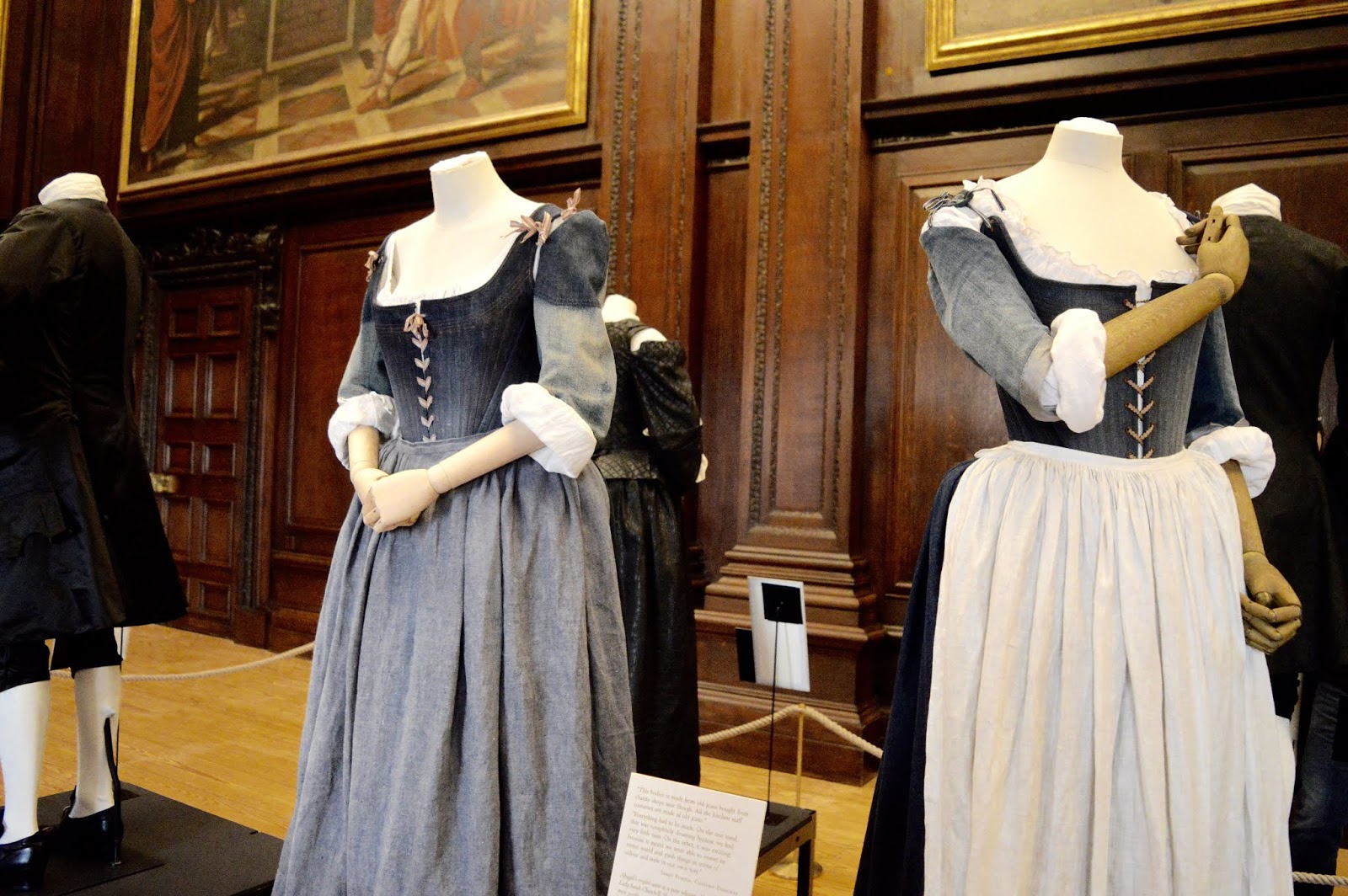 Directed by Yorgos Lanthimos, the film is set in the early 18th century at a time when England is at war with France. Nevertheless, a frail Queen Anne (Olivia Colman) occupies the throne alongside her close friend, Lady Sarah (Rachel Weisz) and continues with her extraordinarily lavish lifestyle of cake and lobster racing. However, Lady Sarah's position as the Queen's hand comes in to question with the arrival new servant, Abigail (Emma Stone). Having charmed the Queen, Abigail sees a chance to return to her aristocratic roots and replace Sarah as the Queen's favourite.

If you've seen the film, you'll agree that it is certainly unique and not your average period drama. Better yet, if you've seen any of Yorgos Lanthimos' back-catalog, you'll know his films are far from civilized (in the best possible way).

As well as being incredibly witty with such incredible performances from all the cast, the costumes are spectacular. Designed by three-time Oscar winner, Sandy Powell, each outfit is intricately designed with exquisite details - using laser-cut lace, quilting, and lush embroidery. In particular, the servant's denim outfits were made using recycled jeans from charity shops. 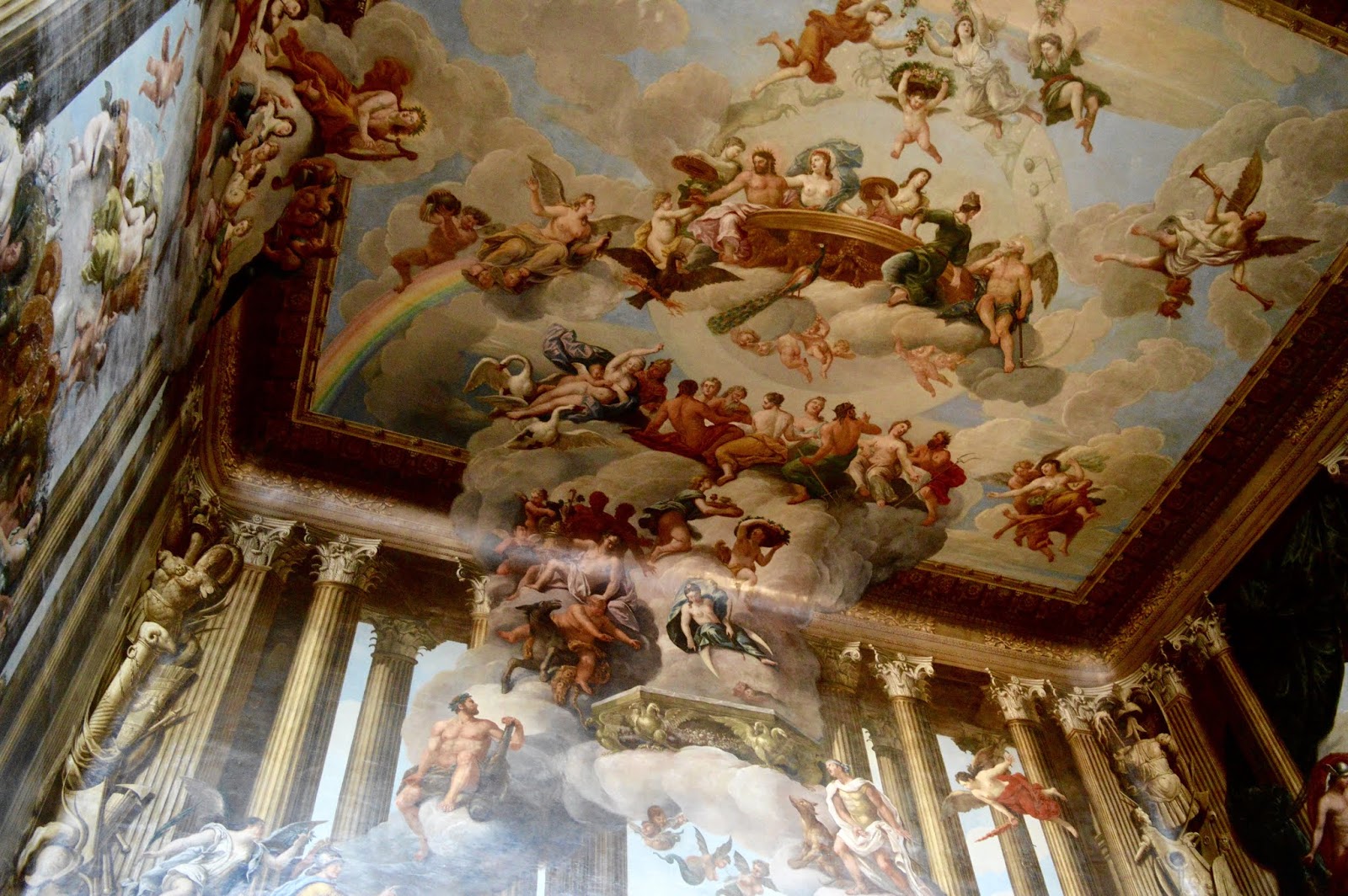 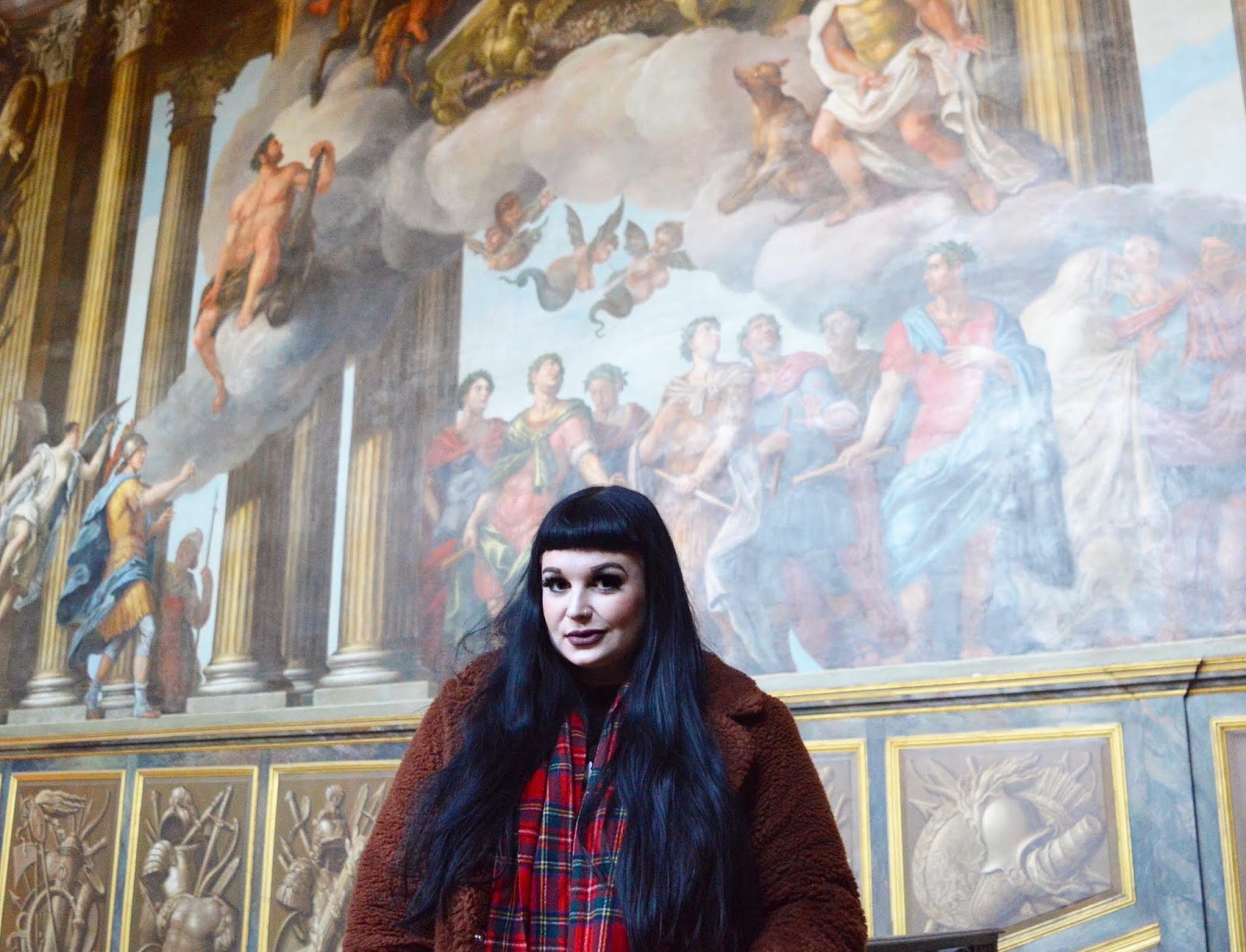 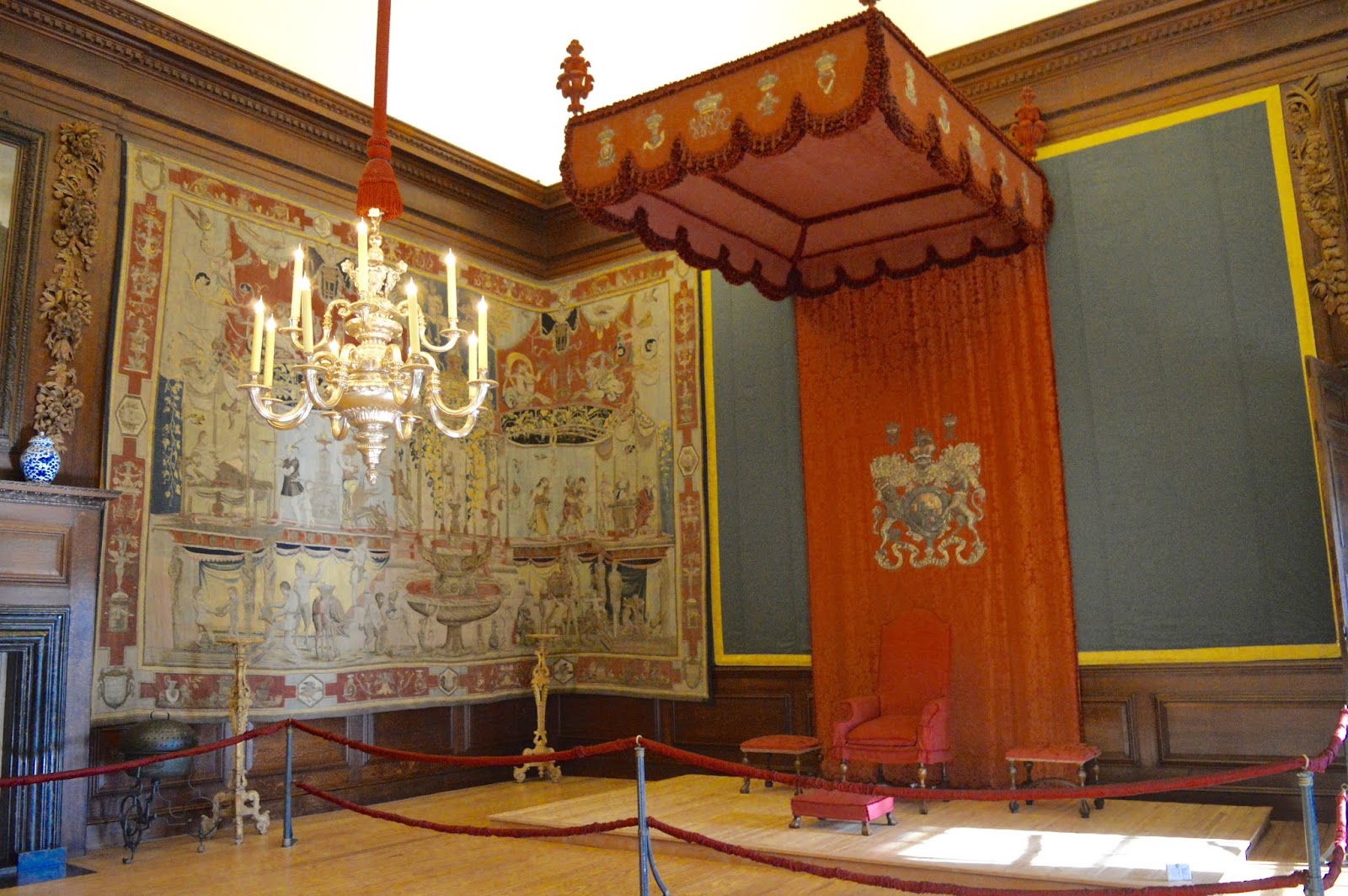 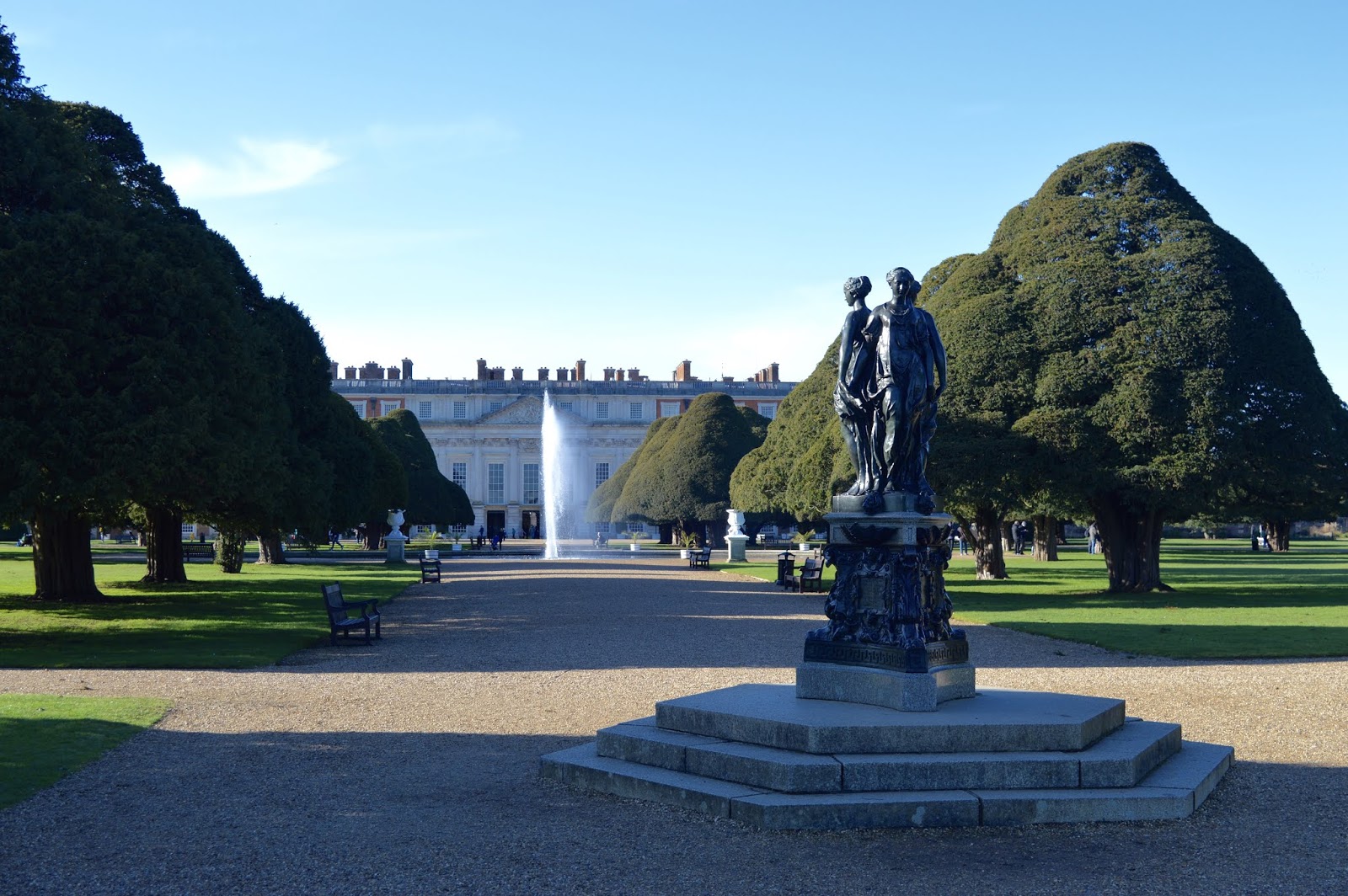 The exhibit itself is rather small so having had a good look at the collection, we explored the rest of the palace and the gardens. It's pretty easy to get lost so we ended up spending a good few hours wandering around. By far, my most favourite part of the palace was the King's Stairwell (pictured above). Commissioned by William III, it is an intricately painting of Greco-Roman mythology.

It's safe to say we could not have picked a more perfect day to visit; with beautiful blue skies and the sun beaming. We decided to finish off our visit to Hampton Court with an amazing roast dinner at a local pub and head home to finish Season 1 of Game of Thrones. Can you ask for a better Sunday?

Well, that's it for this (loosely related) film post. For more information on The Favourite at Hampton Court Palace, you can visit their website here (not sponsored, I just love it there). But tell me, have you been to Hampton Court Palace lately? Where are some of your most favourite historical places of interest to visit? As always, I love reading your comments so please do leave me lots of lovely ones down below.