Film Event: How To Train Your Dragon Immersive Experience 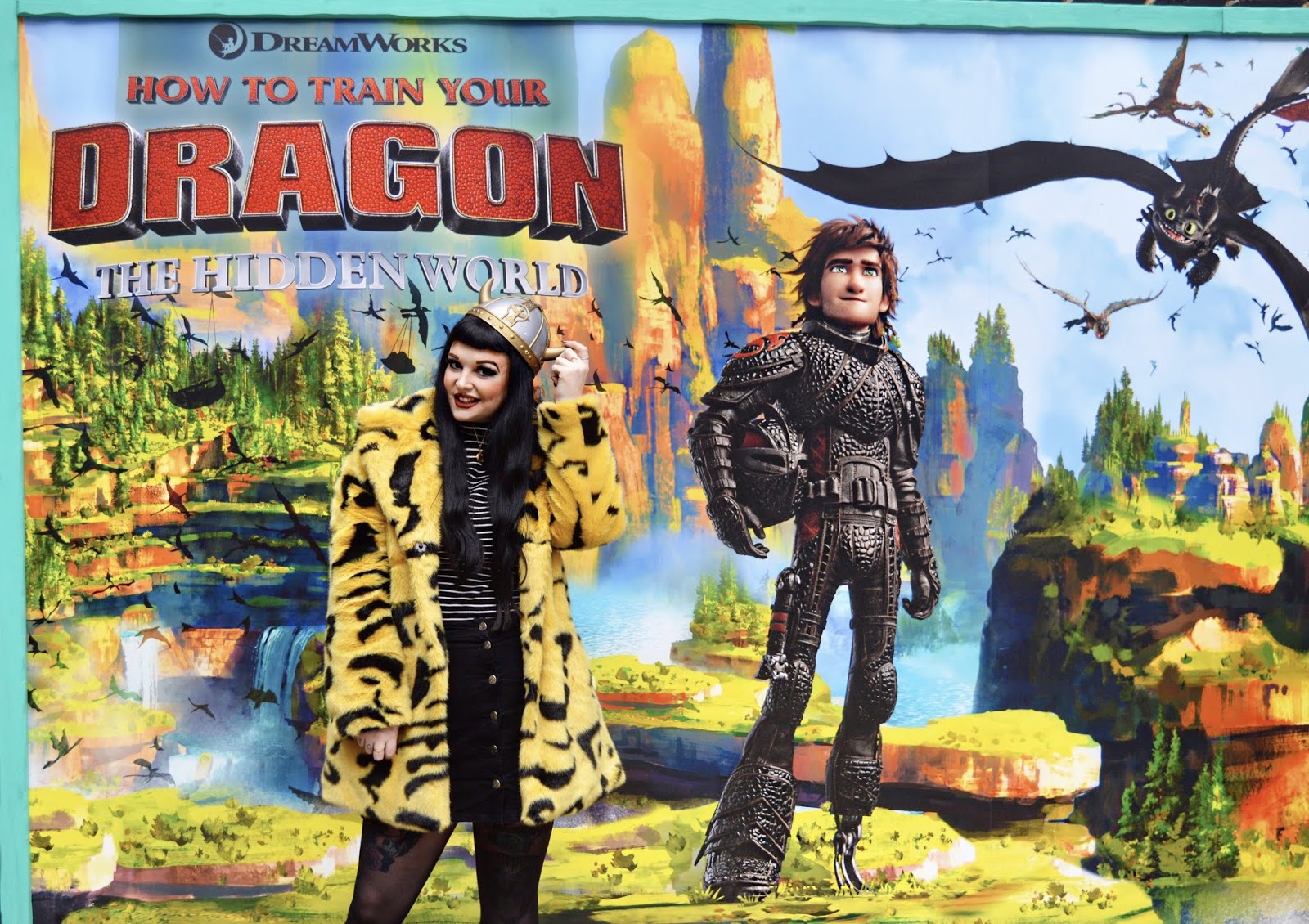 I'm sure I've said it before but Film marketing has really evolved over the last few years. Gone are the days of simply screening a film - now it's about giving movie lovers a real experience. And so, when Universal Pictures asked me to attend their Immersive Experience for How To Train Your Dragon: The Hidden World (Dean DeBlois, 2019), I couldn't wait to check it out. 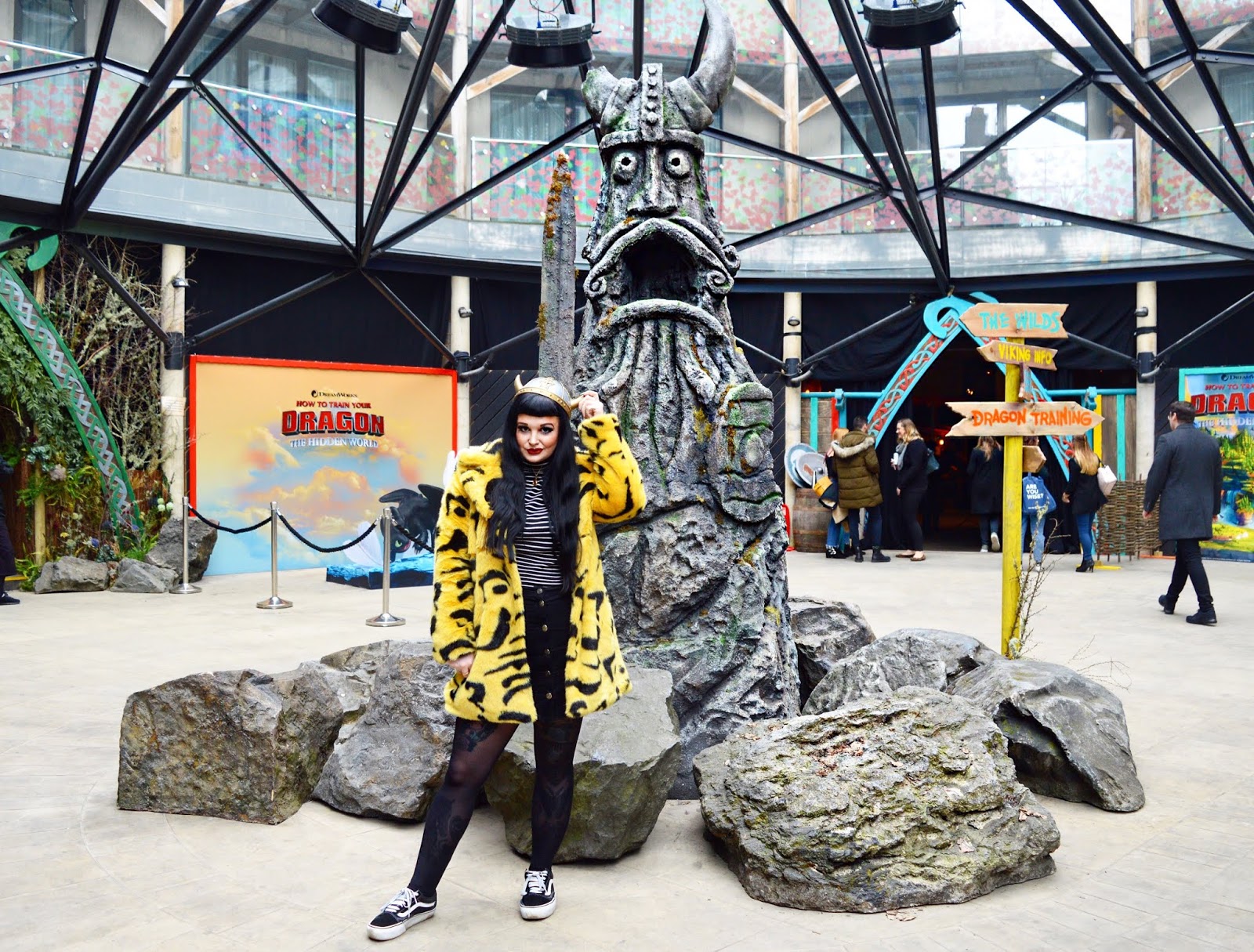 For those of you who have not yet heard, the beloved HTTYD saga is back for a third and final chapter with How to Train Your Dragon: The Hidden World*. Created by DreamWorks Animation, the film sees the return of Hiccup (Jay Baruchel), Chief of viking village Berk, and Toothless - his loyal Night Fury dragon. The pair face their toughest challenge yet with the arrival of the evil Grimmel (voiced by F. Murray Abraham) who is hell-bent on caging all dragons and the discovery of a female Night Fury. The only hope for the people of Berk is to find the hidden world - a safe home for the dragons, thought only to exist in legend.

And so, to celebrate the film's release in UK cinemas on February 1, I was honoured to be invited by Universal Pictures to their How to Train Your Dragon Immersive Experience. 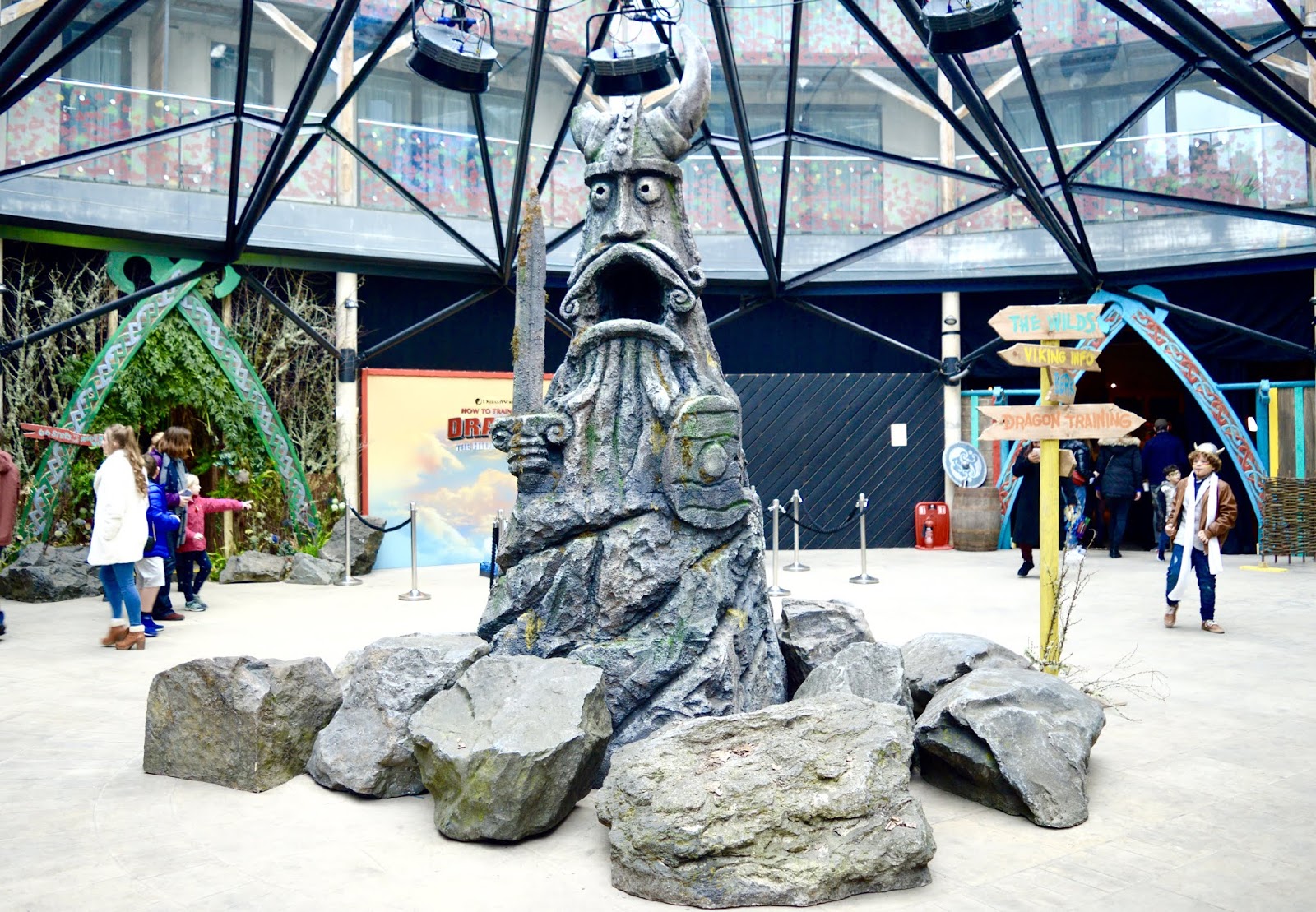 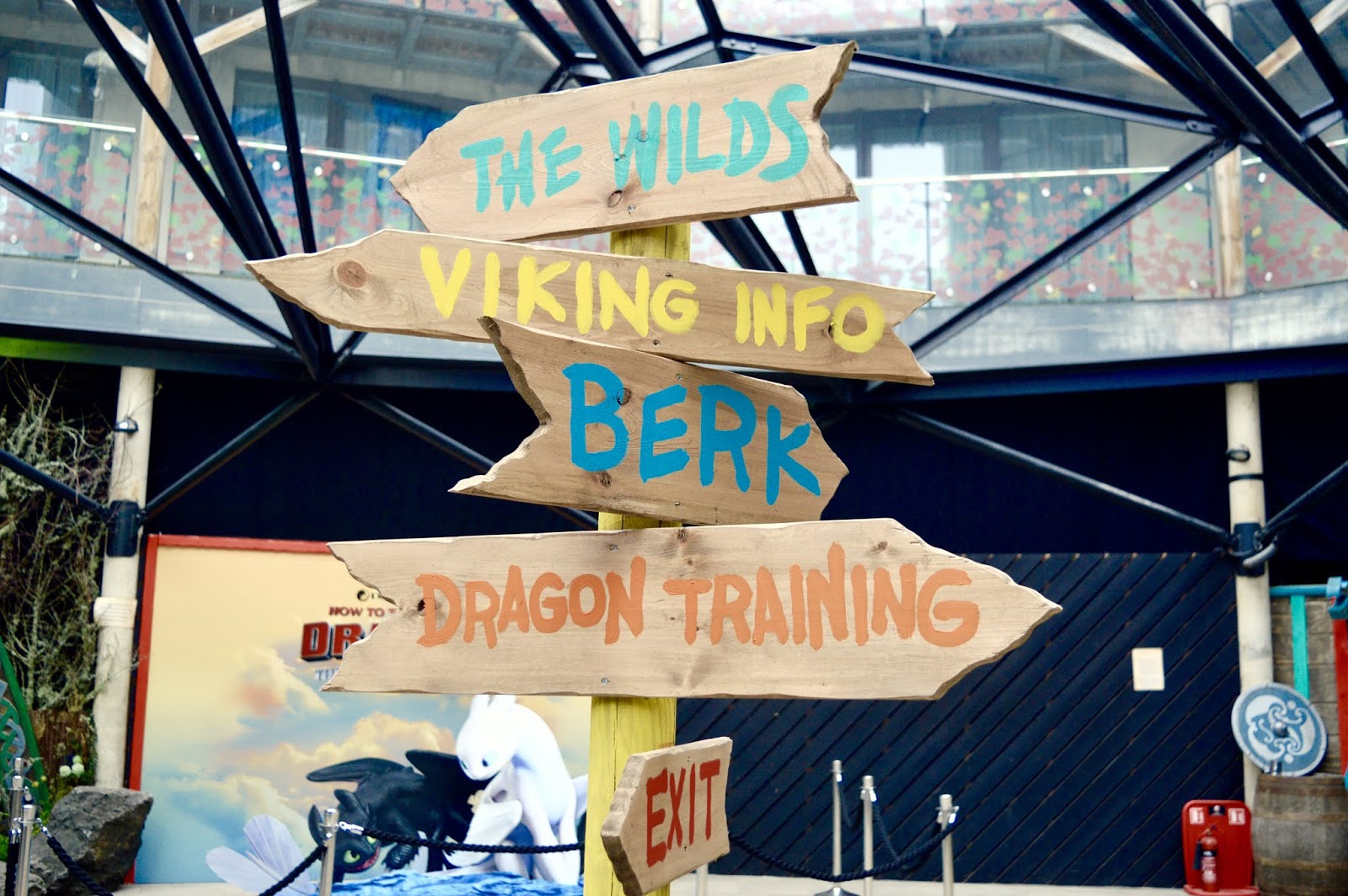 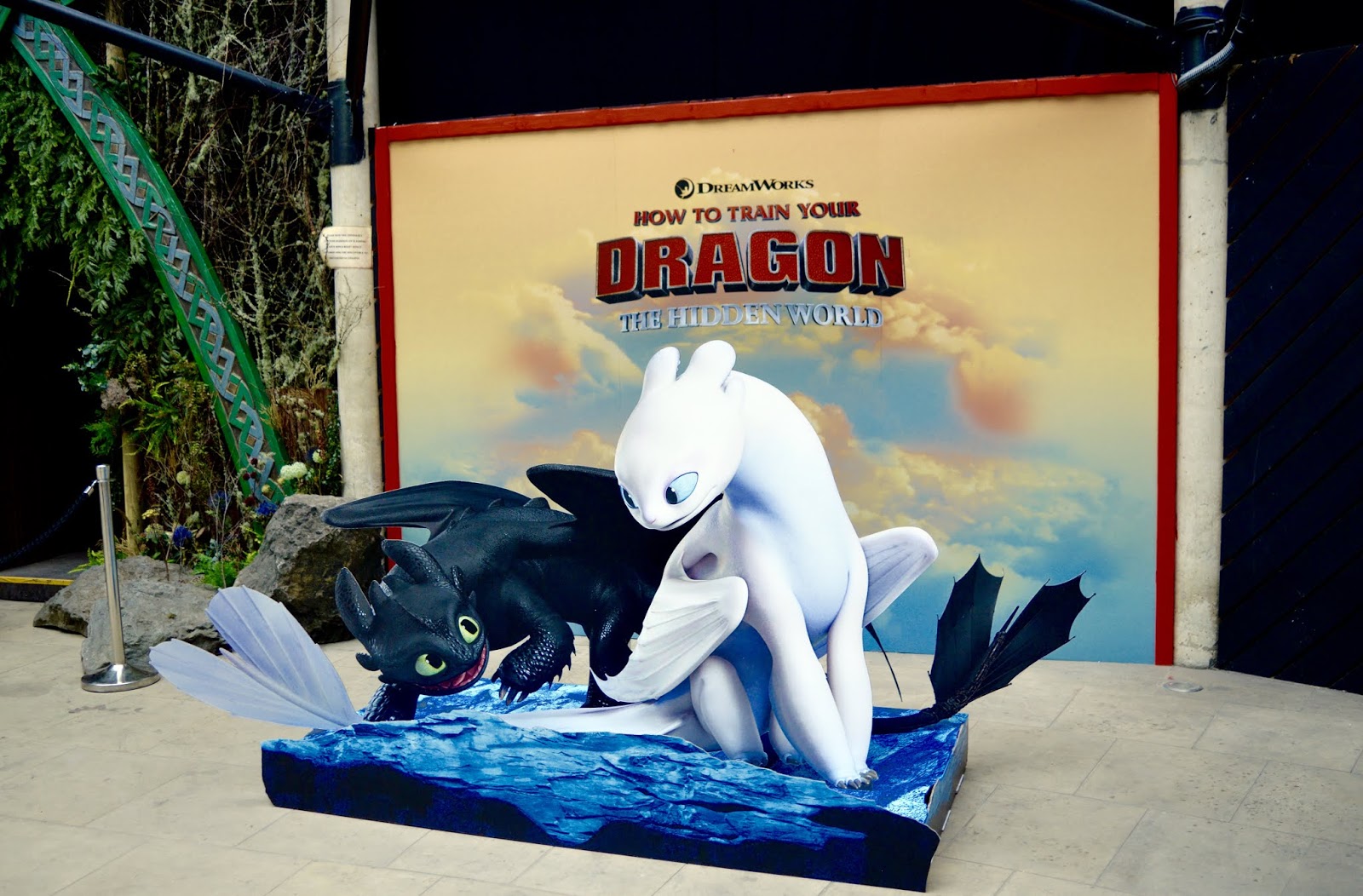 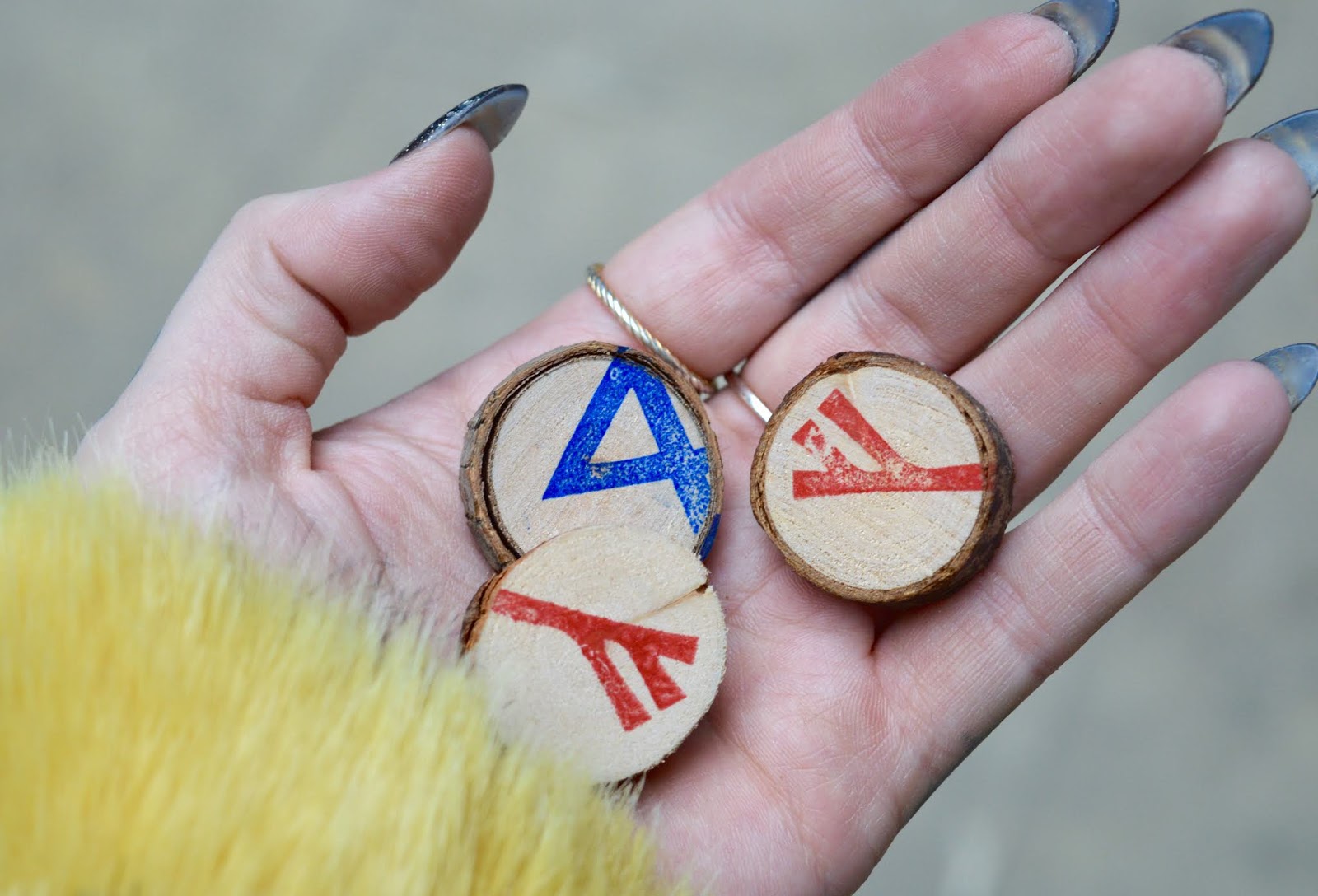 Located in a secret venue just a short walk from Angel Tube Station, I wasn't sure what to expect from the day. However, the moment I walked in I was so impressed by the scale and detail they'd gone to. With my drinks and snack tokens in hand, I stepped inside a real-life Berk; complete with food carts, tavern, Viking training, face painting and hair salon. Before the film started, I was able to try out some viking games (including Sheep throwing - faux sheep, obviously) before entering the Hidden World to watch the film. 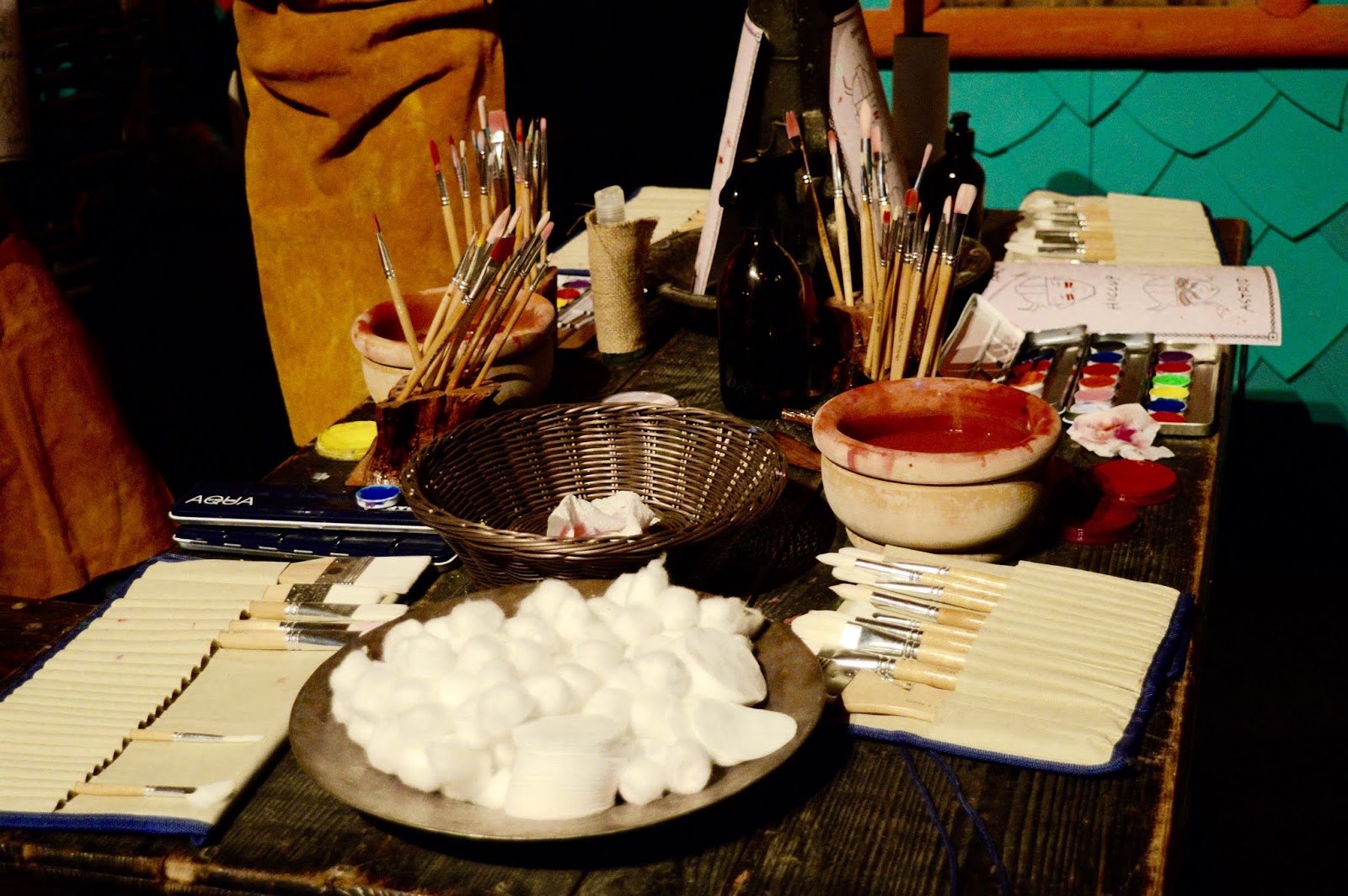 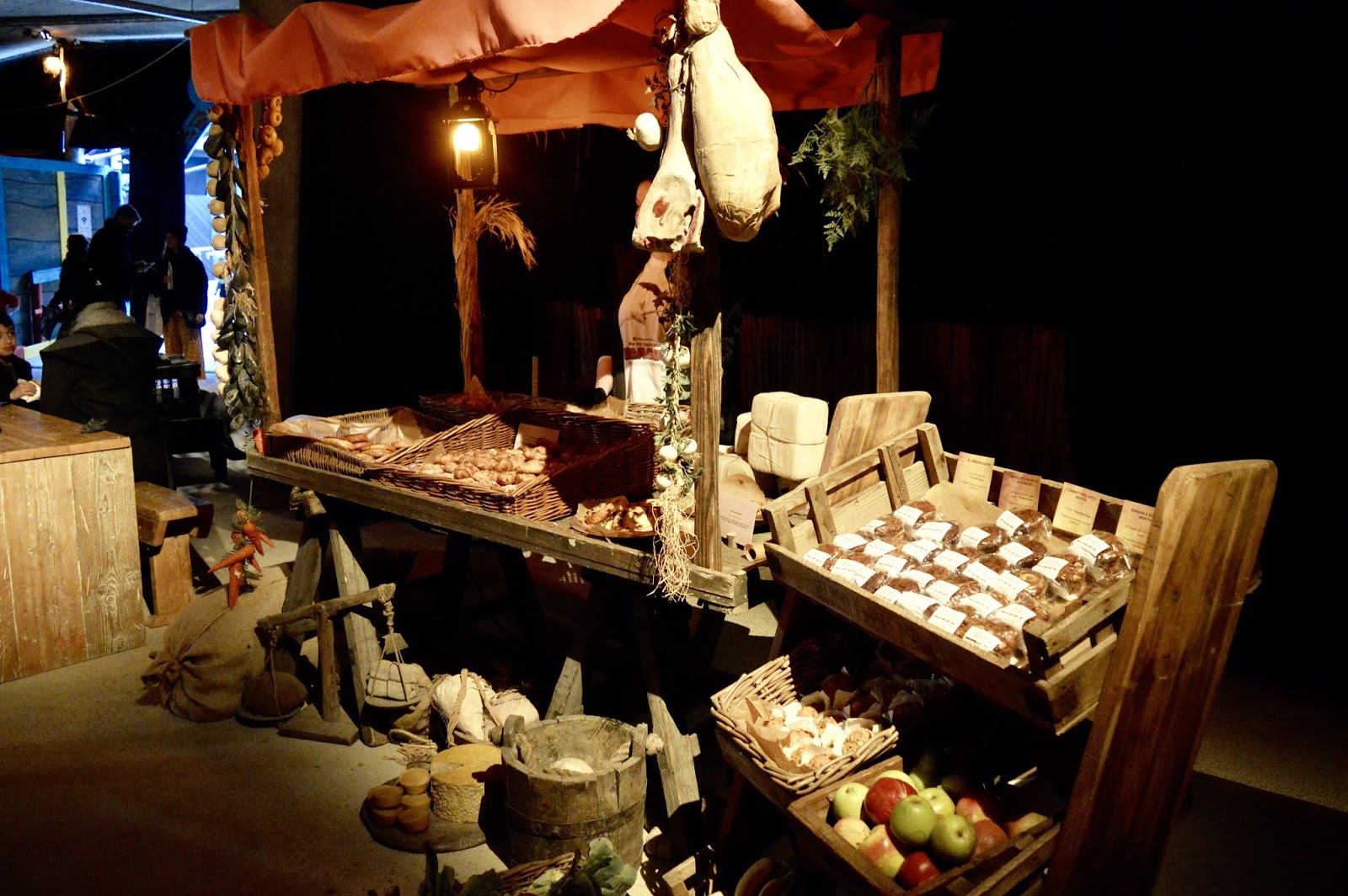 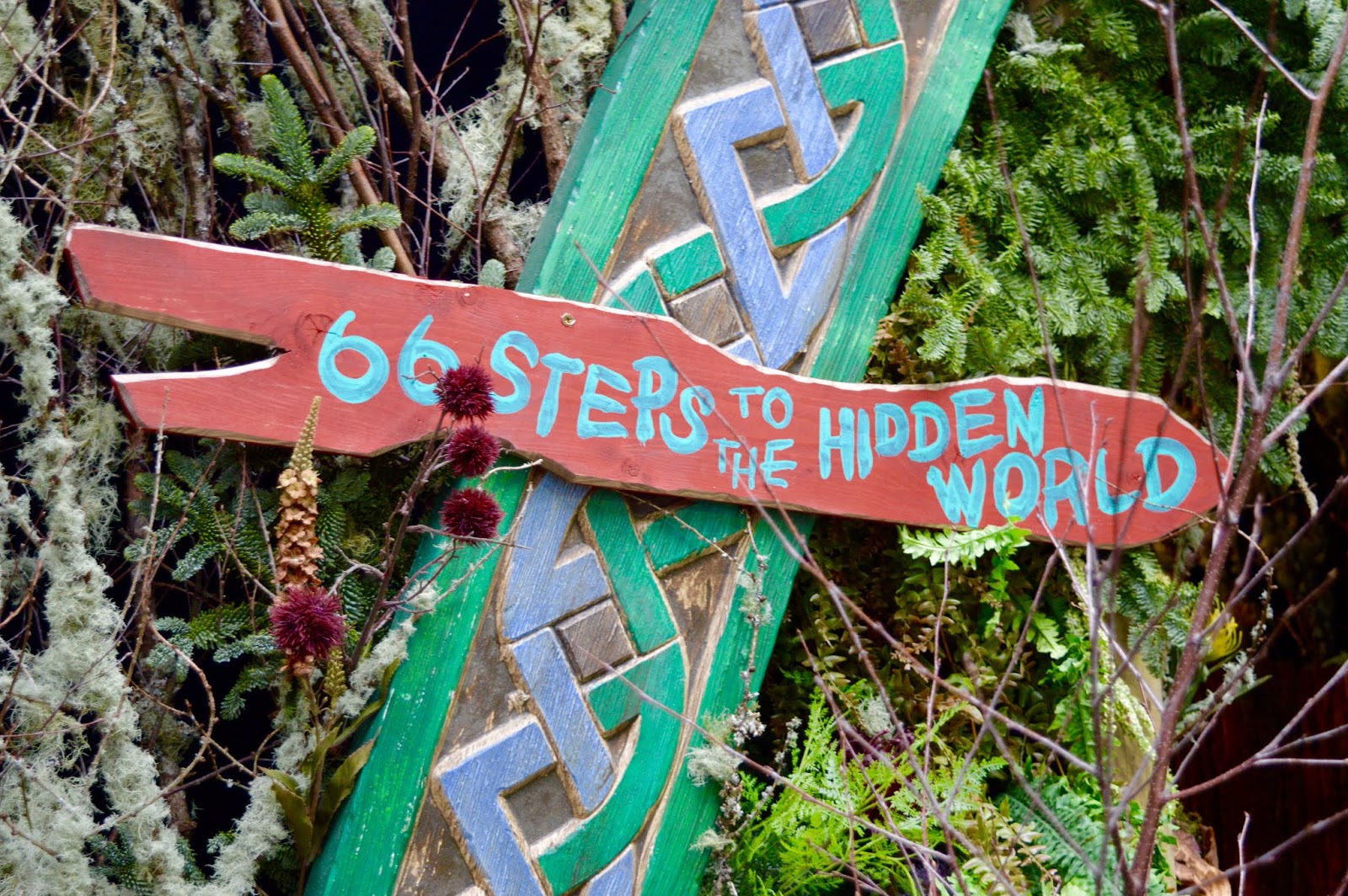 Greeted by dancing vikings on our way in, we were taken downstairs, through a forest and into the screen which was beautifully decorated with crystals, fairy lights and mystical plants. Just before the film started, we were treated to an introduction with Ali Plumb with writer and director, Dean DeBlois and producer Brad Lewis. And finally, with our popcorn and drinks at the ready, it was time to watch the film. But just to make it all the more magical, throughout the film was an array of light effects. It was so pretty! 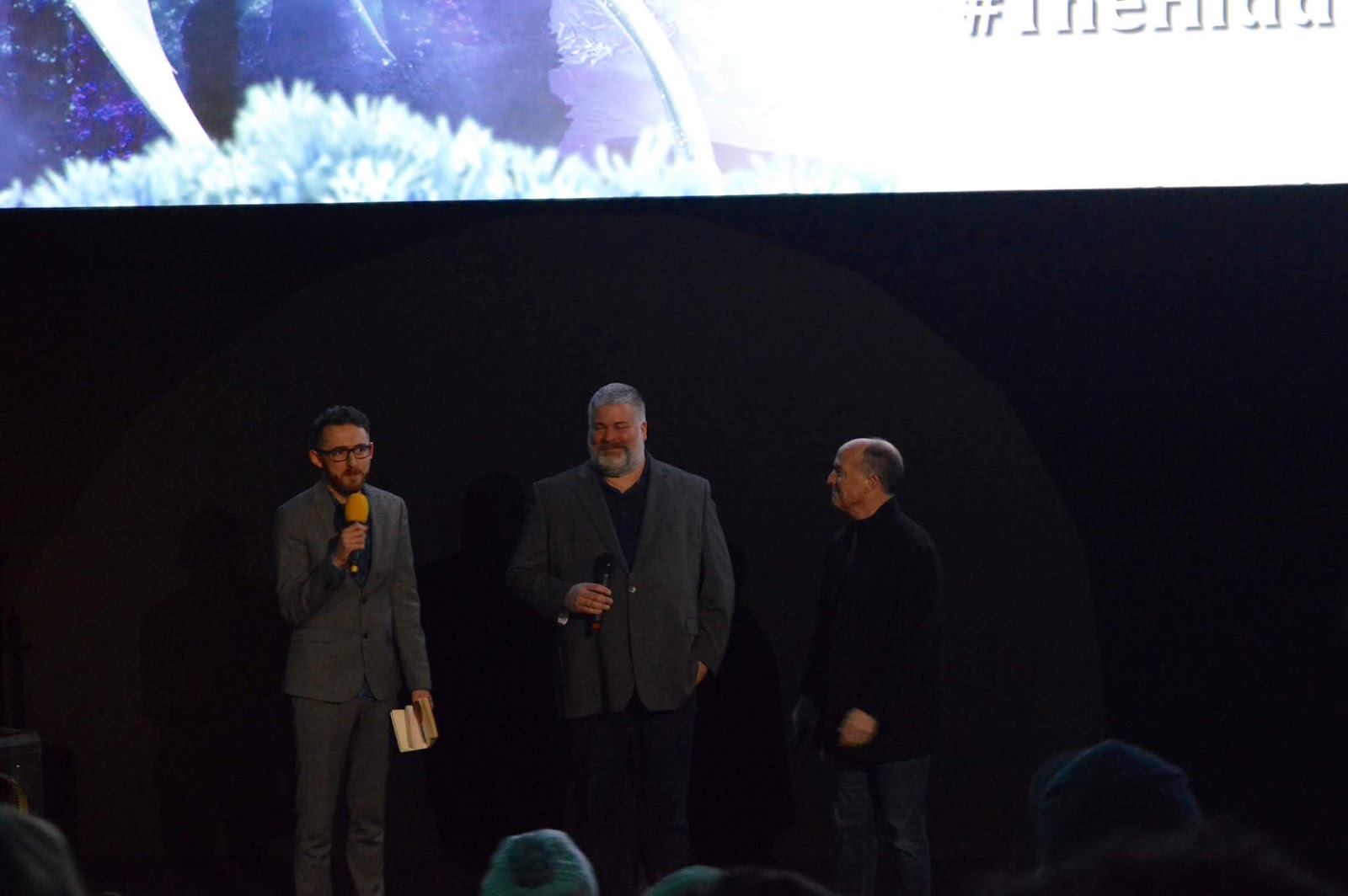 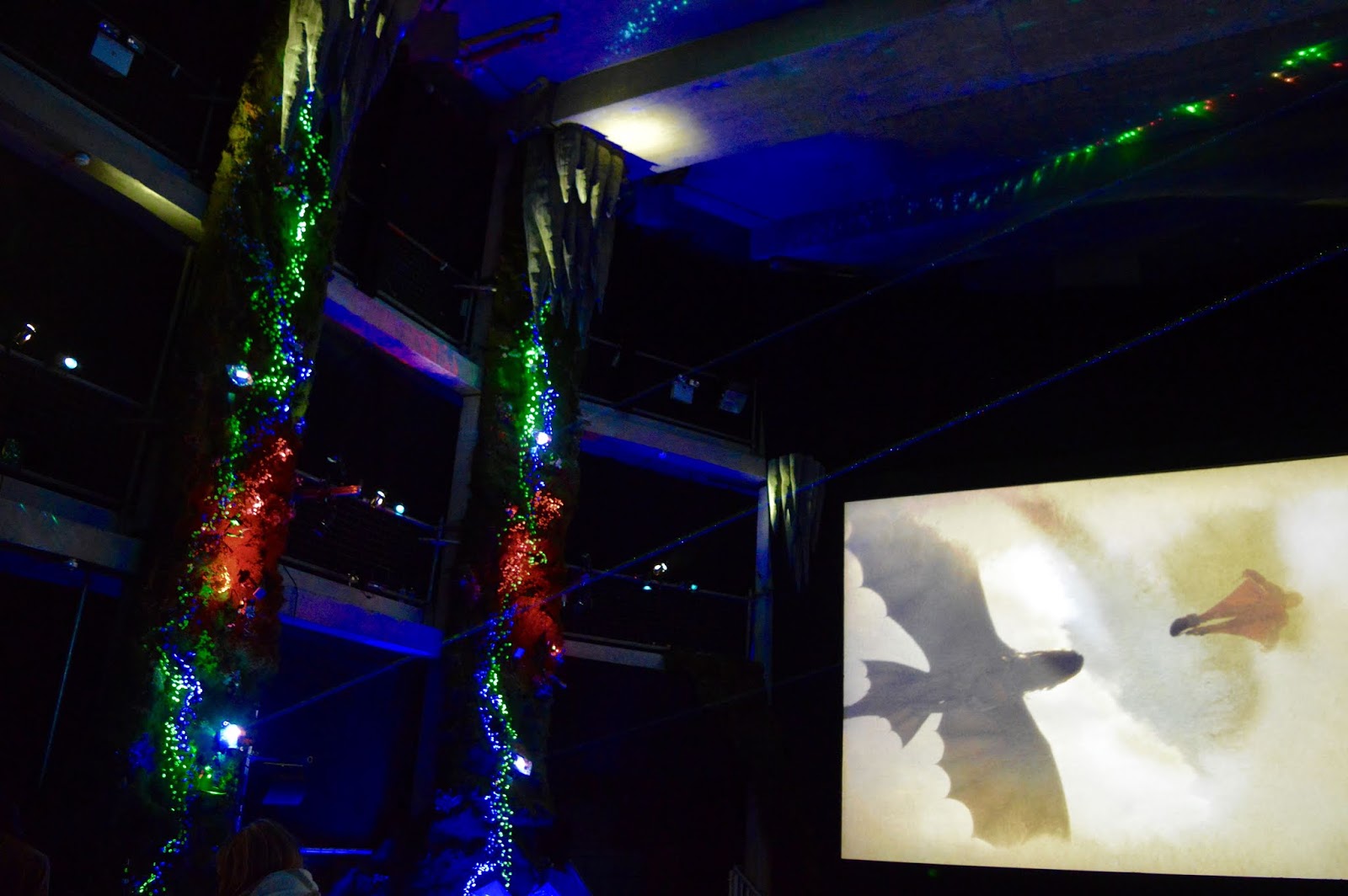 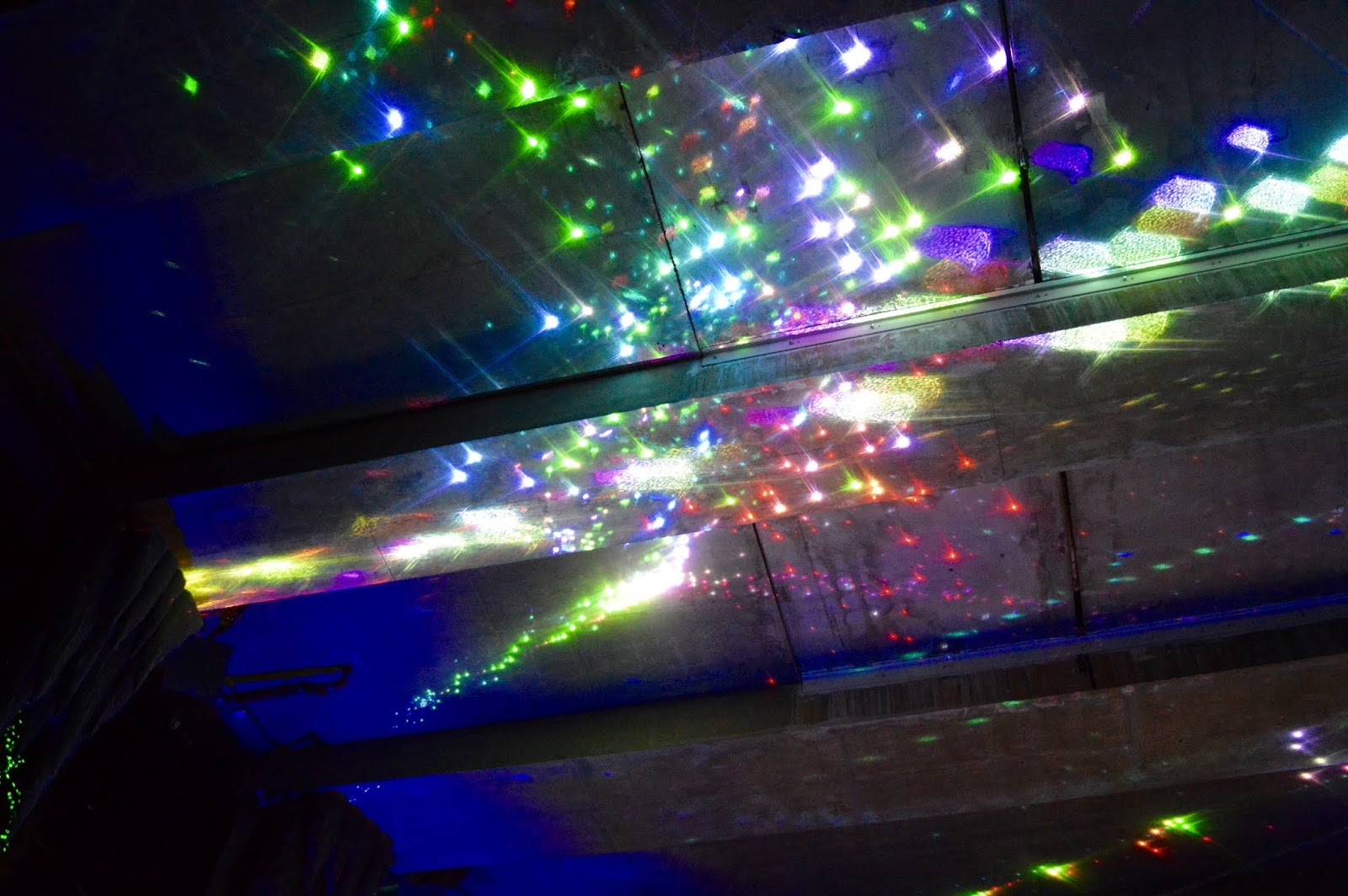 Well, that's it for another wonderful film event. I had an absolutely amazing time at the Immersive Experience - Universal really did think of everything and the detail was fantastic. A huge thanks to them for having me for the day and for my awesome Toothless goodie bag also. But tell me, are you excited to see How to Train Your Dragon: Hidden World this February? What are some of your favourite animated adventure films? As always, I love reading your comments so please do leave me lots of lovely ones below.

*Disclaimer: I was kindly invited by Universal Pictures to attend this event in return for review/social media coverage.  However, as always, all opinions are my own.


This post first appeared on POPCORN AND GLITTER, please read the originial post: here
People also like
How much does a home inspection cost in Alabama?
Twitter wants to help you improve your ads
How To View Instagram Stories Anonymously Without Being Seen
6 pictures prove Lewandowski is new father figure in Barca squad
Angels Landing at Zions
Hampton Cannabis Expo Founder Gary Bierfriend On Conference's 5th New York Season
How To Help Your Husband Get On Board With Prepping – Part 2

Film Event: How To Train Your Dragon Immersive Experience