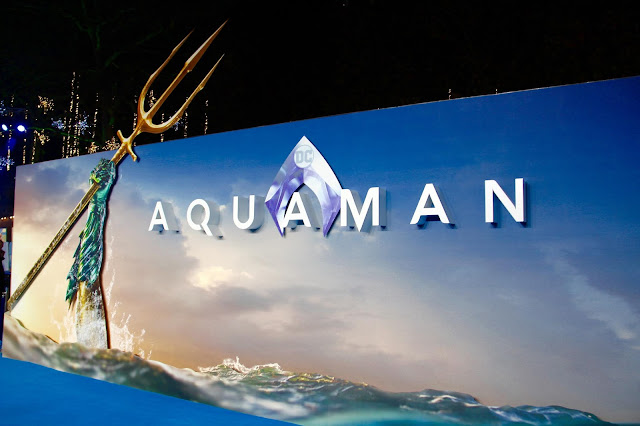 A few weeks ago, I was incredibly fortunate to attend the World Premiere of Aquaman in London's Leicester Square. It may have been a small and busy event but luckily I had a prime spot on the blue carpet and managed to snap some photos of the stars including Jason Momoa, Amber Heard and director,  James Wan. Here's some of my snaps... 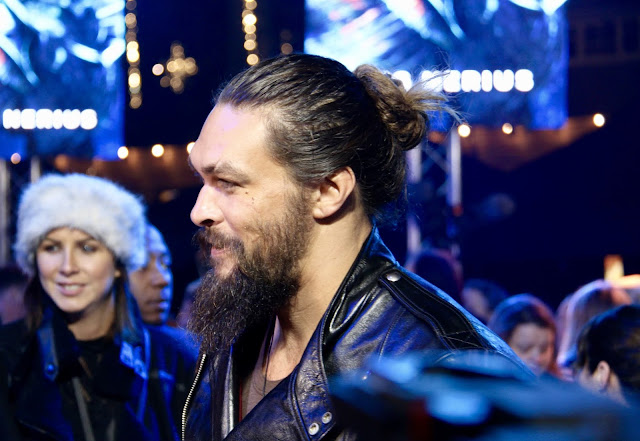 Held in Leicester Square in London, cosplayers and comic book fans gathered to catch a glimpse of the stars of Warner Bros' most recent superhero blockbuster, Aquaman, on the blue carpet. With the film's director, James Wan, and majority of the cast in attendance (including Amber Heard, Patrick Wilson, Dolph Lundgen and Jason Momoa), the night had an incredible atmosphere. And, whilst it may have been a chilly night, it did not dampen the spirits of the crowd. 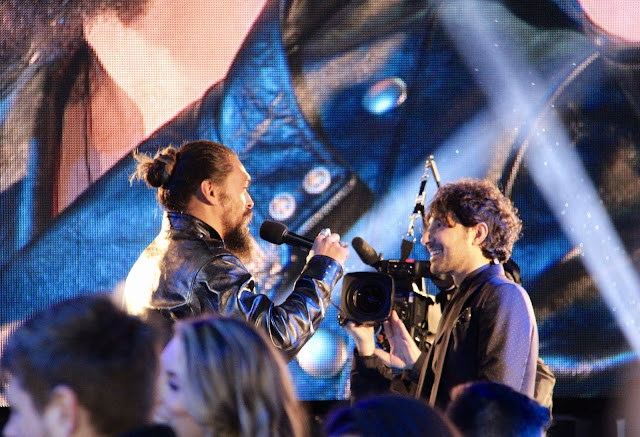 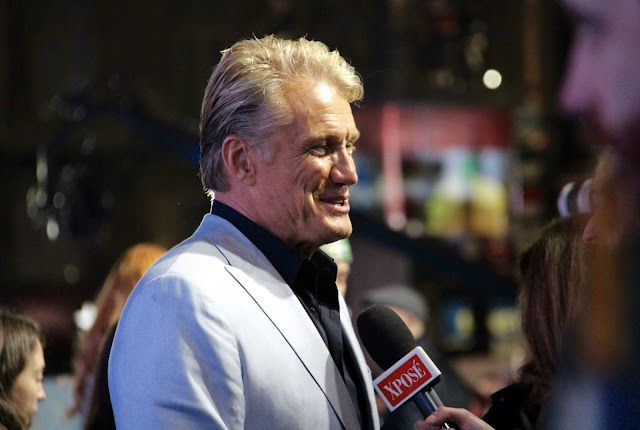 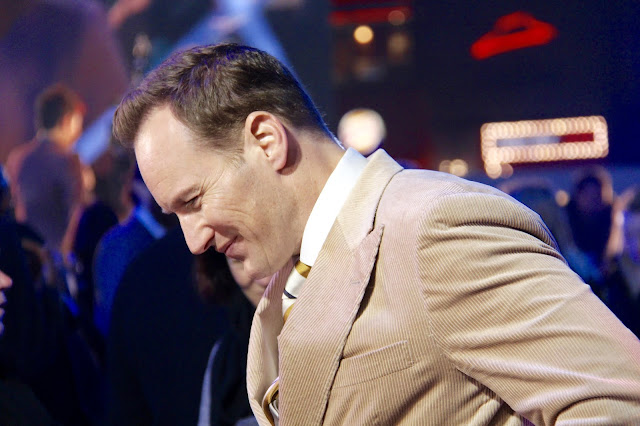 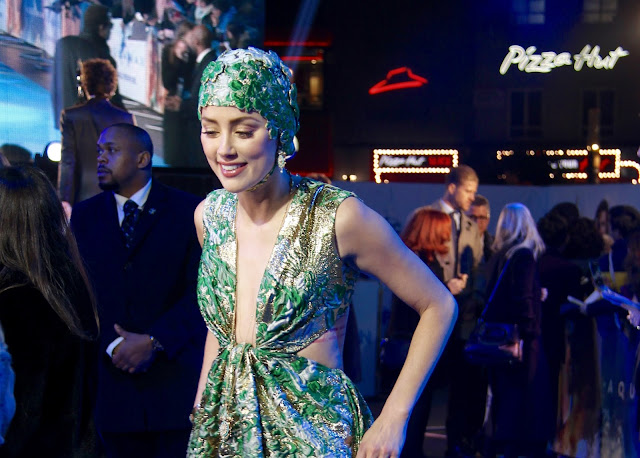 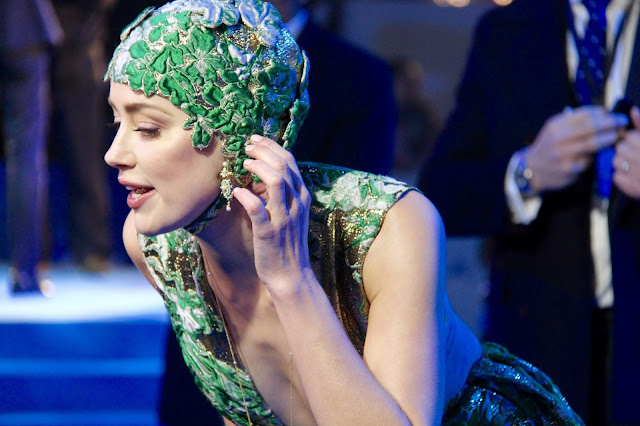 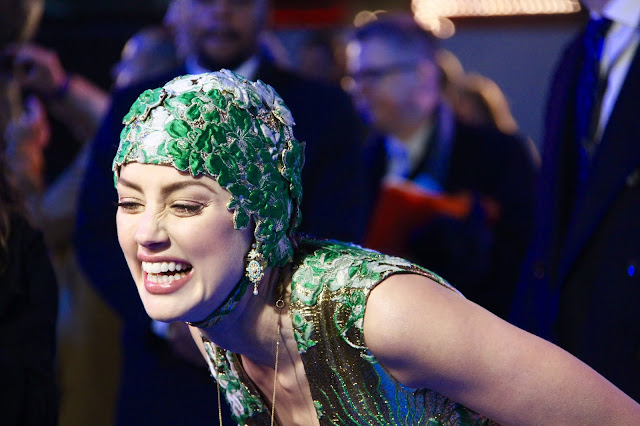 For those of you who have not yet heard about the new Aquaman movie, it is the latest DC origin story which follows of Arthur Curry (Jason Momoa) who will go on to be known as Aquaman and join the Justice League. Set on both dry land and the under-water city of Atlantis, Aquaman finds himself caught between a surface world that ravages the sea and the underwater Atlanteans who are ready to revolt. In doing so, he must battle his half brother, Ocean Master Orm (Patrick Wilson) for the throne and win over his people. 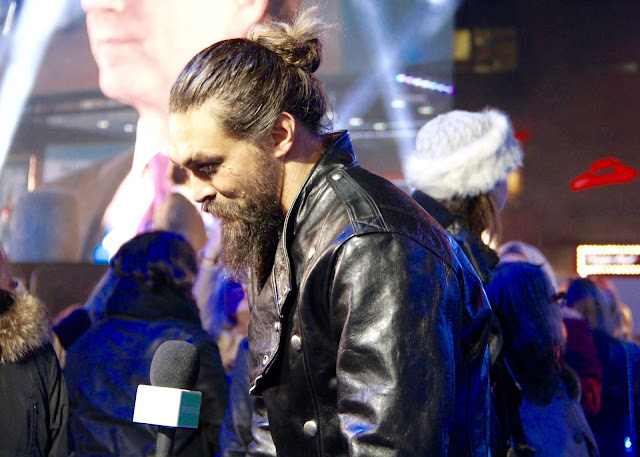 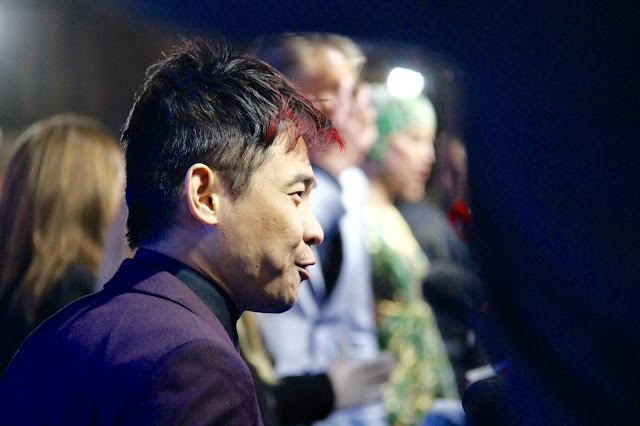 I'm not sure if I've ever discussed it on my blog but I've always been very skeptical of DC films.  Following a series of disappointments headed by Zack Synder (we won't even get in to Justice League) I've always very much considered myself a Marvel fan. However, Patty Jenkin's Wonder Woman was outstanding so, who knows? With Synder out of director chair, perhaps Aquaman has what it takes to breath fresh life back in to the DC franchise.

Well, that's it for another film event. Will you be seeing Aquaman in cinemas on December 12th? What expectations do you have of the film? As always, I love reading your comments so please do leave me lots of lovely ones down below. Again, a ginormous thanks goes to ODEON Cinemas - I am eternally grateful for the opportunity to attend this event.
Until next time film fans,

This post first appeared on POPCORN AND GLITTER, please read the originial post: here
People also like
Murtough in to Turin to complete Rabiot deal
Oura Smart Ring and its Amazing Health Features
5 Celebrities Who Use CBD To Stay Calm And Relaxed
Step-by-step recipe to make garlic breadsticks
20 Most Attractive Long Wavy Hairstyles for Men