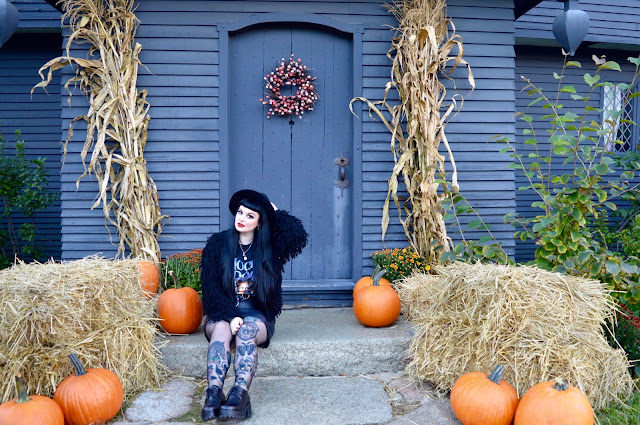 So a few of you once regular readers may have noticed I've been MIA on here and Social Media for the past few months. I went from posting a few times a month to...well, not posting at all. Having made the decision recently to give this Blogging malarky another go, I thought it best to explain where I've been for a while and give a little life update.

Mr Lenzo – Jackie Chan
Buying Tickets For the Eiffel Tower i…
Biden-Harris Administration Invests M…
Family-Friendly Activities in Caldera…
With a baffling Q4 looming, here’s ho…
Personally, I tend to find it odd when bloggers feel that they have to justify their absence. Or message a group chat to say "I need to go off the grid for a while guys". Whether you decide to post or not is entirely you're choice and, quite frankly, if blogging isn't your profession - what does it matter if you disappear for a bit? You don't owe anyone anything.
That said, I felt a bit bad as I've had a few messages on social media over the past few weeks from people curious as to where I've been. I've also had to awkwardly explain to PR companies that I've not "really been blogging much anymore" when they send over requests with deadlines. So here goes nothing...

Life had been a bit up in the air for a while. Not too long ago, I decided to end things with my partner of 5 years. Whilst we were totally best friends and I was very much in love with him, it became clear that we both had very different aspirations in life. He wanted kids/I never want kids. I wanted to get married/he never wanted to get married. He wanted to live in Central London/I wanted to move away, and so on.  I decided I needed to take control of my own path and so we made the difficult decision to leave our little dream flat and go our separate ways.
Months later, we know our decision was for the best and I'm really pleased with how amicably we ended things. It's not been easy but I've moved in to a new flat by myself, I went on an American road trip (travelling to six different States) and wandered the streets New York City all by myself. But whilst I've made my new space my own and I have a new boyfriend with whom I'm incredibly happy, I'm still very much adjusting to the change. So you can understand why blogging hadn't been at the front of my priorities.

I'm very aware that my blog took a bit of a nose dive when I started in my current job role. Combined with some late nights and a daily commute into Central London, I had lost the motivation and time just escaped me. It's ironic but when you start working within the film industry you can't even find the time to write about films anymore. I try not to be too hard on myself about this as I imagine that even the best film writers in the business go home after a long day and just want to not talk about films. But it's something I've been very aware of and want to rectify; even if that means altering my job slightly.
I know it sounds lazy. I'm fully aware that the majority of Bloggers work full time and still manage to balance blog and career just fine. But it's not that I can't manage - it's that I simply wasn't fussed for a period of time. I'd much rather do it because I enjoy it and not because I feel I have to. Years ago, I felt as though I had to do things I didn't want to do and take part in campaigns because what if one day they run out? Now, I feel much more comfortable turning down PR companies and brands I don't want to work with.

Another one of the reasons I've been missing for a while is down to my partial resentment for 'blogging culture'. Of course, I'm incredibly grateful to have been invited to some amazing events over the years and to have been given some of the opportunities I have. But I've never felt comfortable being called "an influencer" or relaxed at blogger events. I'm fine with admitting I don't fit in with that lifestyle nor have I ever made any attempt to. I've just never considered myself the blogger type.
Please understand that I'm not saying that I have an issue with bloggers as a whole (I've met some incredible people from the blogging world - ones I consider good friends). I've just had experiences where I've felt there are a few who tend to ruin it for the masses. I've even had a celebrity influencer lie straight to my face and tell me she was Tess Daly in an attempt to get on to a red carpet. Of course, it didn't work but you'd be amazed at some of the efforts people will go to. What I mean is - when part of your job involves working with them, your patience can run a little thin from time to time.
I've also had moments where I've been part of group chats where bloggers are practically on the verge of a breakdown because they take themselves so seriously. Moaning about other bloggers because they too did a review of that lipstick or crying because of the pressures they've put on only themselves to create content. Or because they don't know what to say to a PR agency they don't want to work with. I struggle to empathise with some of these people.
I guess what I'm trying to say in all of this is that I simply just haven't felt the need or want to blog lately. However, that doesn't mean that it's not something I've missed doing. Lately I've felt I've lost some of my creativity and need to pick up where I've left off. So, if you don't mind, bear with me and watch this space. Change is good :)