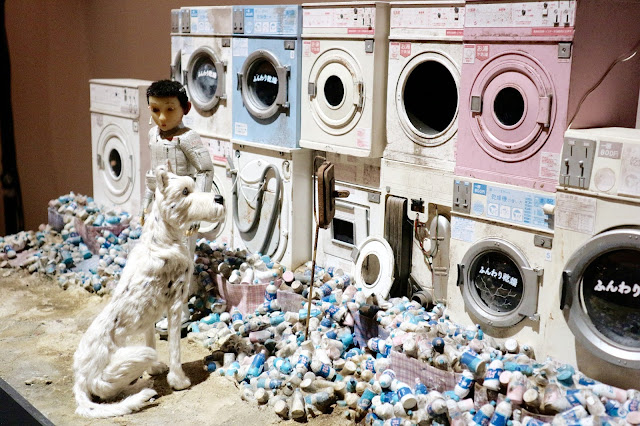 With the release of Wes Anderson's second stop-motion Film, Isle of Dogs, this week, Fox Searchlight have teamed up with Store X for a very exciting exhibition. Going behind the scenes,  it features some of the original sets and puppets, all curated by the visionary director himself. Take a look inside... 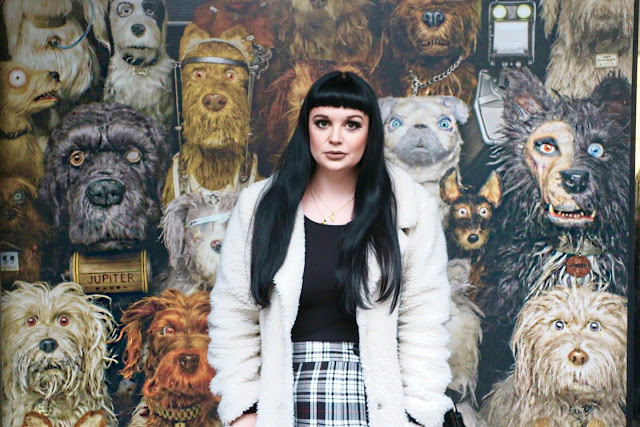 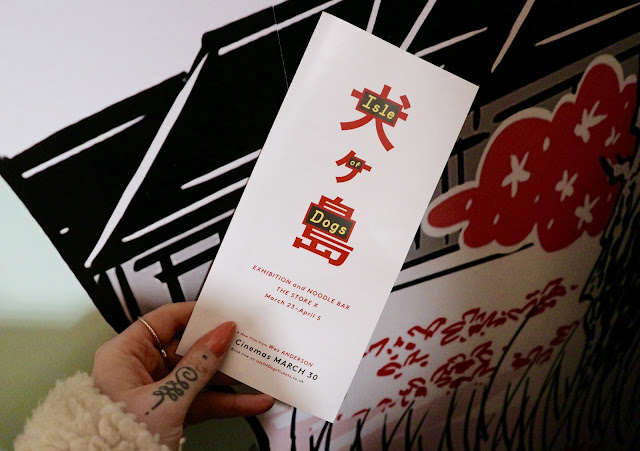 Set in the futuristic and fictional world of Megasaki City where dogs have been exiled, Isle of Dogs follows the journey of a 12 year old boy, Atari (Koyu Rankin), as he goes in search of his beloved dog, Spots (voiced by Liev Schreiber). Having crashed landed on Trash Island, Atari is greeted by a pack of dogs who agree to help him find his canine companion.
With an all star cast including the likes of Bryan Cranston, Bill Murray, Jeff Goldblum, Edward Norton, Greta Gerwig and Frances McDormand, it’s hardly surprising that Wes Anderson's latest flick has been so highly anticipated. Made using just 27 animators and 10 assistants, the film was shot entirely in stop-motion animation; with the majority of the scenes filmed in East London. 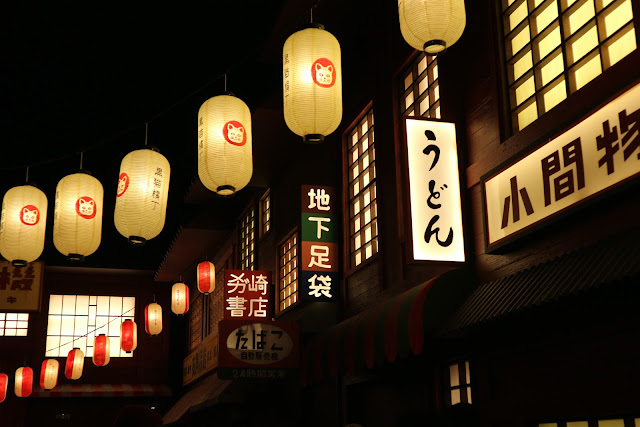 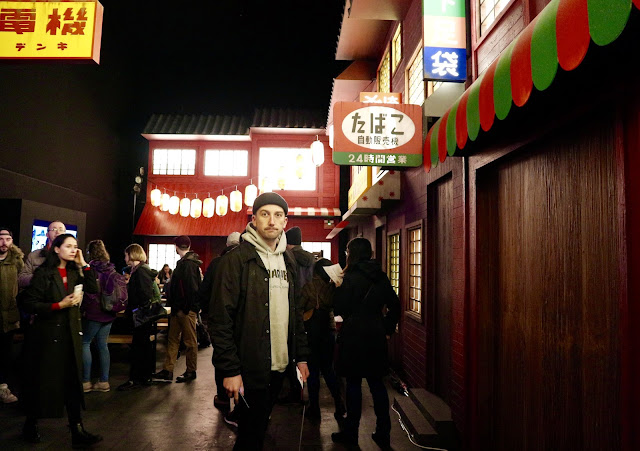 Now to the exhibition itself. Hosted at the 180 Strand gallery, the exhibit features 17 sets and characters. As you enter, you'll find yourself in a recreation of a Megasaki City restaurant - a life-sized, version of the film's noodle bar, where chef Akira Shimizu is cooking up a Japanese Ramen dish served along side some Sake.
In true Wes Anderson style, each set is a masterpiece in it's own right. The highlight of the exhibition as a whole is the incredible level of detail on each piece. From name tags to branding on empty bottles and trash bags, it is truly inspired. Of course, it is made all the more brilliant when projected on to the Big Screen. Thankfully, you can now see Isle of Dogs with your very own eyeballs as it's in cinemas now. 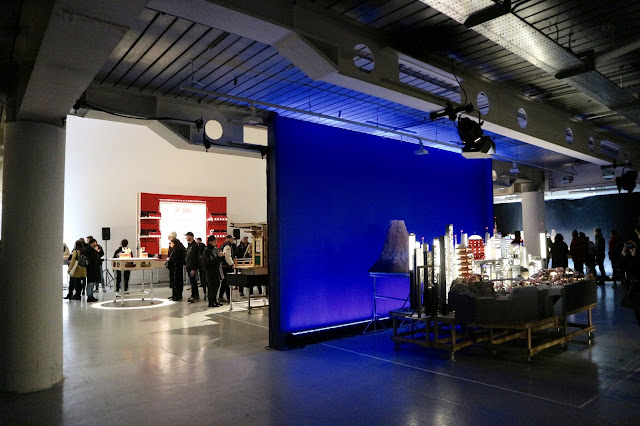 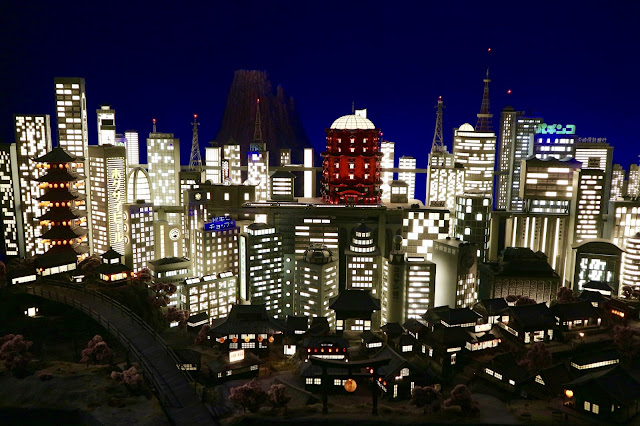 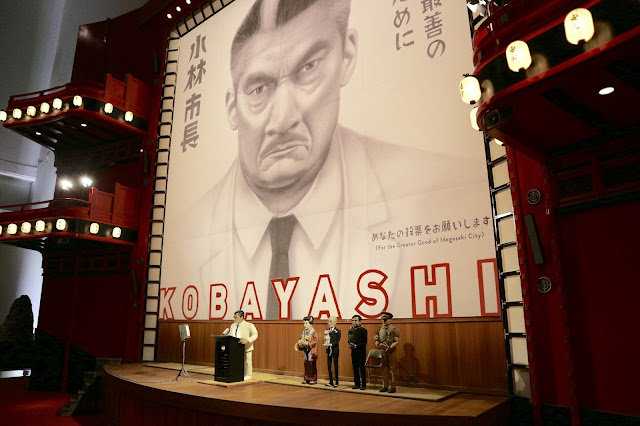 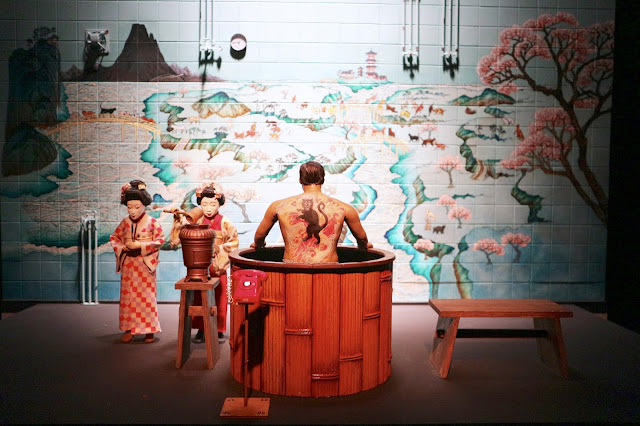 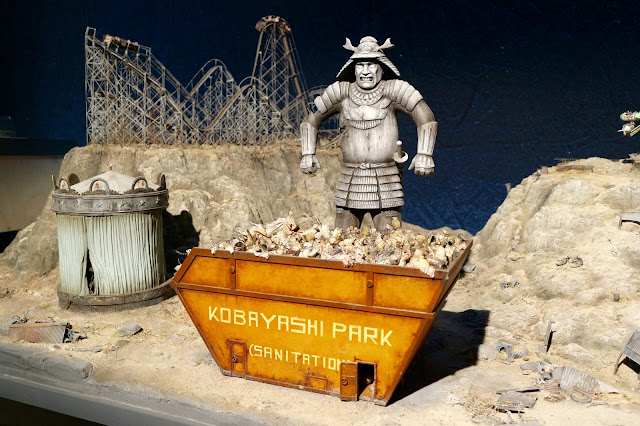 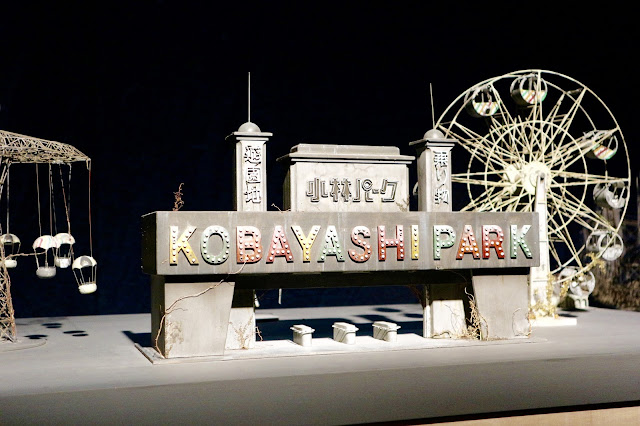 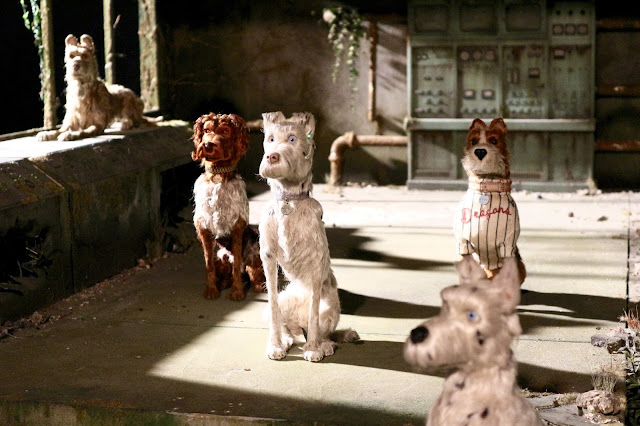 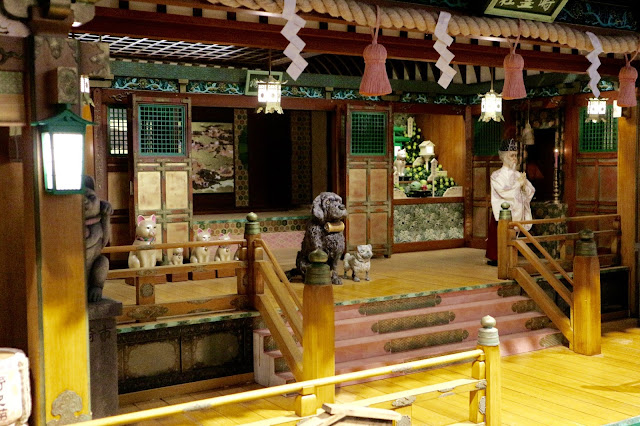 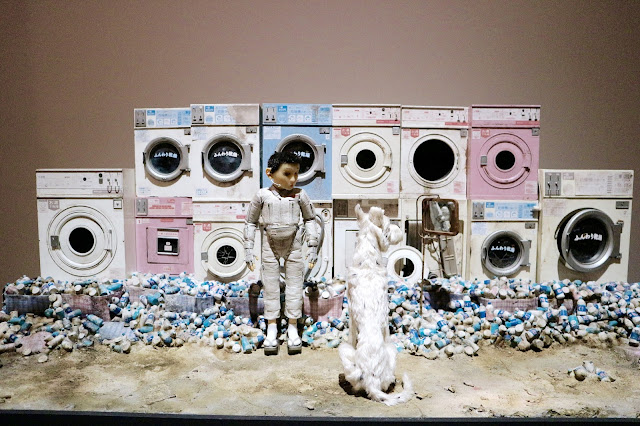 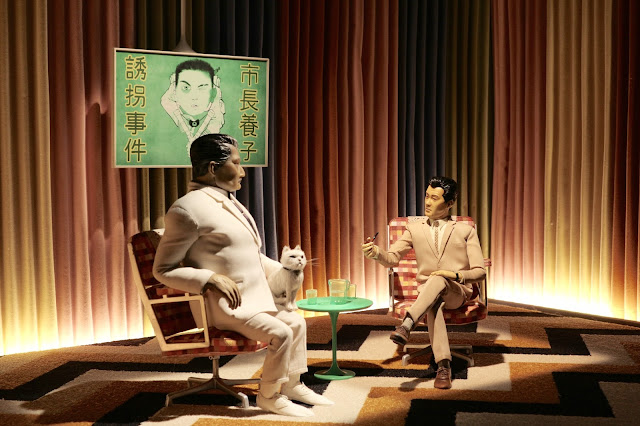 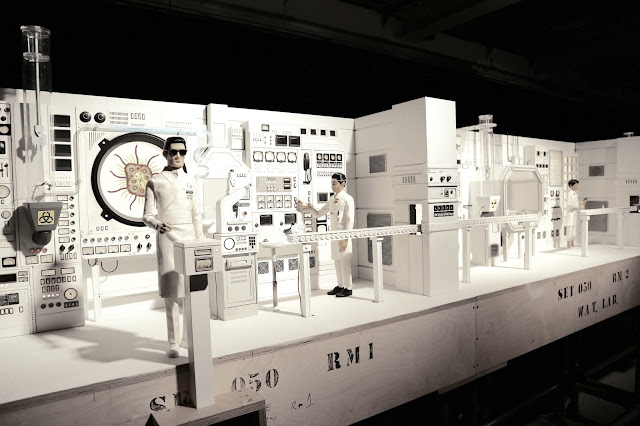 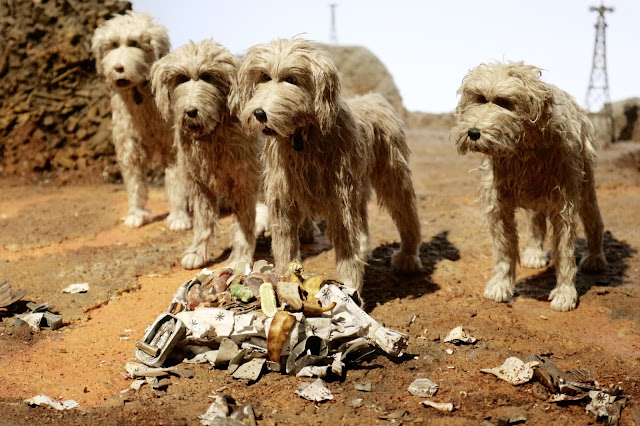 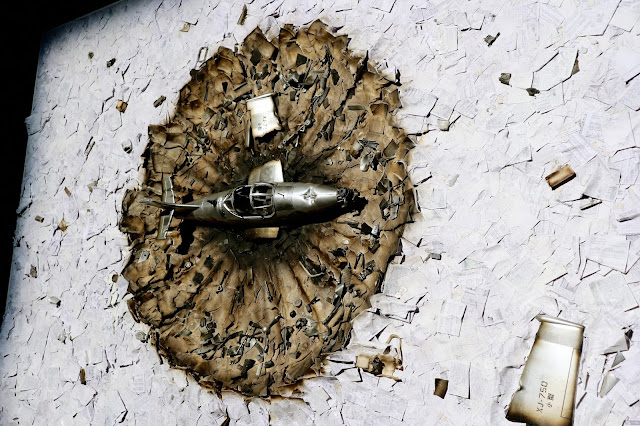 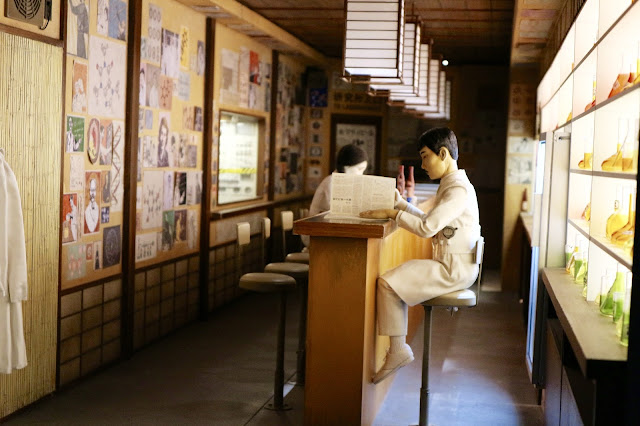 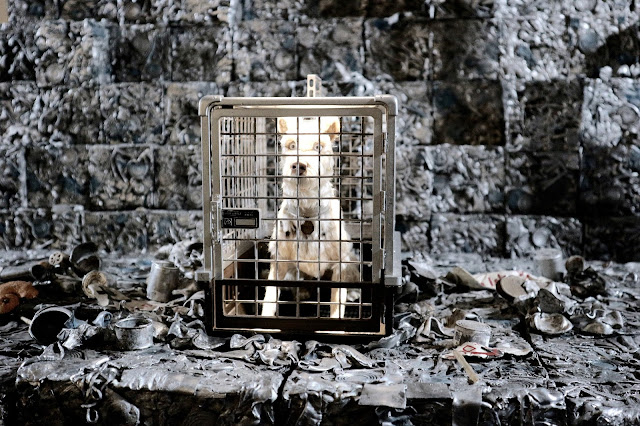 On a slightly separate but related note, these incredible action figures from the film landed on my desk last week. I have to say that they are honestly the best thing I've ever received. Much like the puppets at the exhibition, each figure has so much detail; the eyes and mouths all open and I especially love the embroidery on Boss' t-shirt. 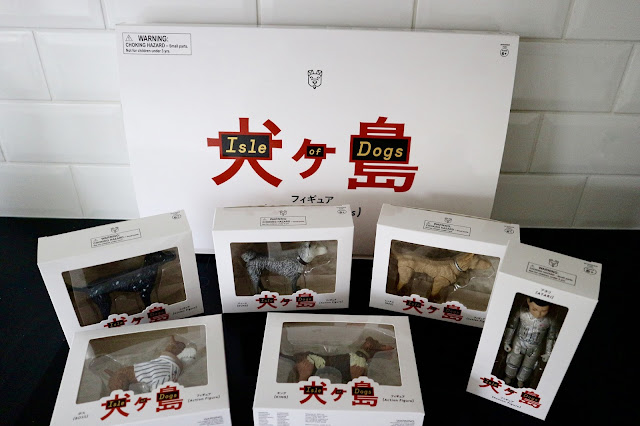 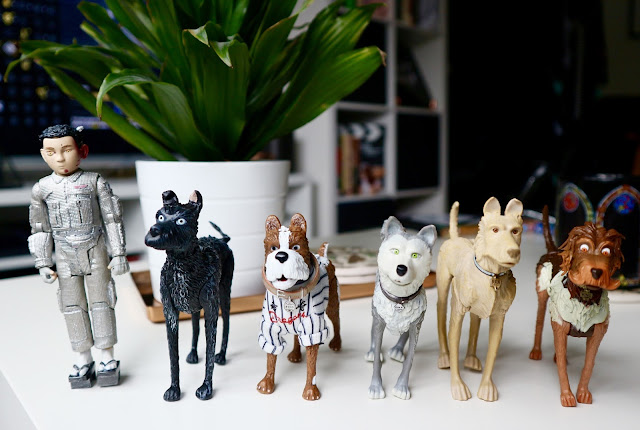 Well, that's it for another film event. But don't take my word for it, go see the Isle of Dogs exhibit for yourself. It's open until the 5th April and is completely free to enter. Huge congrats to Fox Searchlight for creating such an incredible experience - a truly awesome film marketing campaign if I ever saw one. Further to all this, I can officially confirm that I am very much Pro-Dog.
So tell me, are you seeing Isle of Dogs anytime soon? What are some of your favourite Wes Anderson movies? As always, I love reading your comments so please do leave me lots of lovely ones below.
Until next time film fans,