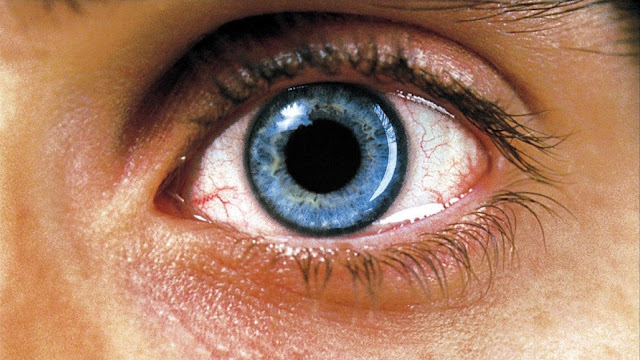 As a Film blogger, I feel I'm too often telling people what they *should* be watching. However, I got to thinking recently about some films that, perhaps, I'm glad I could tick off my list - but once was enough. Here's a few films I never need to see again...ever.

Requiem for a Dream (Darren Aronofsky, 2000) - Quite possibly my least favourite film of all time is Requiem for a Dream - a film following the relationships of four people struggling with drug addiction and mental health. In particular, the film centres around Harry (Jared Leto) and Marion (Jennifer Connelly) who are forced in to a desperate situation in order to feed their heroin addiction.
As you can imagine from the description, Requiem for a Dream has some deeply disturbing themes; ones which will certainly stay with you. In true Aronofsky style, no graphic detail is spared and, whilst I understand the artistic portrayal, I can't help but question why it insists on being so grotesque. My conclusion is that it's just Aronofsky being Aronofsky.

mother! (Darren Aronofsky, 2017) - A couple's relationship is tested when a series of uninvited guests arrive at their home, disrupting their tranquil existence.
I know what you're thinking but I don't have it in for Darren Aronofsky. I genuinely loved The Wrestler and Black Swan but Mother! Was easily one of the worst films of 2017. Again, I totally understand what he's trying to do here. *Spoiler* I can fully appreciate that it is essentially a retelling of the Bible, I fully understand each metaphor and that everything is symbolic. However, my opinion is still very much that Aronofsky needs to get over himself and calm down a little bit.

Eraserhead (David Lynch, 1977) - Henry (John Nance) resides alone in a bleak apartment surrounded by industrial gloom. However, his life is turned upside down when he learns that an old flame is pregnant with his child. Determined to do the right thing, he marries the expectant mother and has her move in with him. Things take a decidedly strange turn when the couple's baby turns out to be a bizarre lizard-like creature.
Unpopular opinion: I'm not a fan of David Lynch. I know as a Film graduate I'm meant to bask in his glory but I just get on board with any of his work. As you can guess from the description, Eraserhead is no exception to Lynch's utterly bizarre universe and arguably the strangest of all. The soundtrack is used as a metaphor for Henry's chaotic mind, but instead it just left me wanting it to be over with. Sorry but I'm not sorry.

Happiness (Todd Solondz, 1998) - This dark ensemble-comedy centres itself around the three Jordan sisters. Joy (Jane Adams) moves through aimless jobs with no sense of purpose but finds herself employed teaching adults and dating a student. Helen (Lara Flynn Boyle) is an esteemed poet who becomes amused by her perverted neighbour, Allen (Philip Seymour Hoffman). And, eldest sister, Trish (Cynthia Stevenson) who is married to Bill (Dylan Baker), a psychiatrist with a very disturbing secret.
Certainly among the most ambitious of Solondz' films is Happiness. It really does have to be seen to be believed but it comes with many potential triggers. Containing scenes of rape (including suggested child rape), it is easily one of the most sobering and bizarre films I've ever witnessed. I definitely do not need to see this one again.

The Neon Demon (Nicolas Winding Refn, 2016) - Jealously ensures among a group of models when an aspiring 16-year-old, Jesse (Elle Fanning) takes Los Angeles by storm. Caught up in a fame and youth obsessed industry, both her innocence and vitality are devoured by a trio who will stop at nothing to possess her power.
Now I really enjoyed The Neon Demon but it's just not a film you need to see again. It is as hard-hitting and disturbing as it is stylised. Love or hate, Refn is a lover of shocking cinema and as a creative, spectators cannot question his ability to make film-goers feel and provoke response - whether that be fear, rage or disgust - they are all equally as valid. It is an ultra-stylised, narrative which will dazzle as much as it disturbs. You can read my full review here.
___
Well, that's a just few films I never need to see again. Honourable mentions go out to A Clockwork Orange (Stanley Kubrick, 1971), 8½ (Federico Fellini, 1963) and I Spit On Your Grave (Meir Zarchi, 1978). But tell me, what films do you never need to see again? Or maybe there are ones you can't un-see? As always, I love reading your comments so please do leave me lots of lovely ones below.