Ducks and beers and villages and OUCH So I just thought I would share some of that nothing.  Prepared to be bored!

So yesterday I managed to concuss myself pretty good.  Funny thing about solid iron supports, they don't give much.  After a good deal of yelling and screaming (the company is very fortunate my last name isn't Banner), I made it through yesterday at a MUCH slower pace.  Today, I started out "feeling like I was just opening my third beer, but it's okay, they're Bud Lights"; but by halfway through, they had turned to Oberons and I figured I better leave before they became mixed drinks.*


So I have managed to amuse myself sleeping and reading.  And I just now turned the Christmas lights on.  I decided to forgo lights in our room for more downstairs, but Laurie outdid herself with twin villages, which some of you have seen on FB: 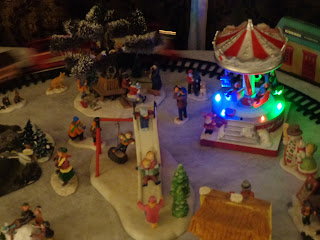 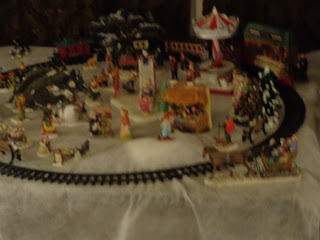 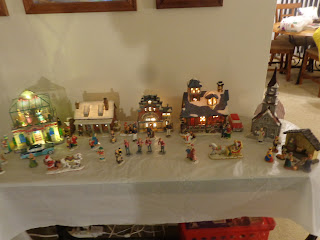 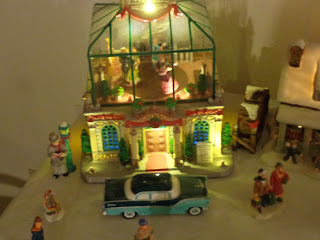 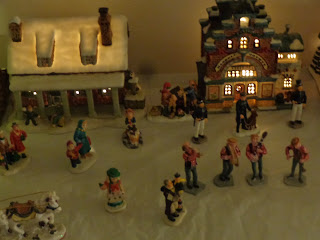 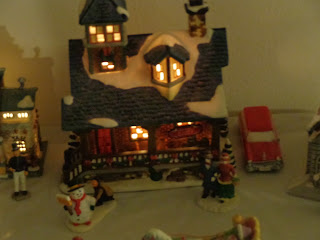 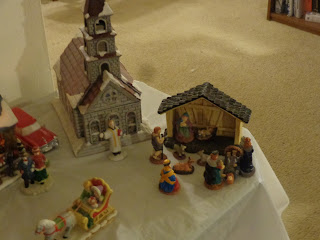 
Okay, you can wake back up now.  I know, I know, everybody hates pro football now.  This is about a family tradition, anyway.  I tell you what, gimme something on the news that doesn't involve Trump being a Nazi, Matt Lauer's penis, or some high school teacher boffing a student, and I won't mention it.


Anyway, I observed this weekend that ducks don't like icy water anymore than we do... 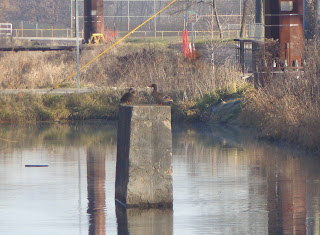 And at long last I got around to figuring up who's in the running for the 2018 Time Machine Beauty Contest!  So far this season we have amassed 69 contestants, ranging from Bess Truman to my niece Robin to Charlie's Angels- but not including three anonymous attempts.  This weekend I shall attempt to look into who will make the sweet sixteen.


Today I was reading my daily David Jeremiah e-mail and he brought up the subject of "the joy of the Pharisees.  I thought, "It would be interesting to know if they actually HAD any joy."  We get the impression of them that they were elitist, legalistic, and humorless- but that's not how they were, or at least how they started.  A little preliminary research (enough to quite run me off the full topic) showed that they were originally the ones the people were comfortable with, the ones they could relate to.  The Sadducees, they were the elitists, the snobs, the ones that did not believe in any life after death (about as close to atheism as you could get back then).  They catered to the rich, where the Pharisees taught the lesser levels of society.  But they lost that track and became stuck on themselves, which is why Jesus kept pounding their faults in to them- because there was still some faint hope.  The Sadducees, who meet the Martin definition of "fools in their hearts", were already a lost cause, which is why Jesus dismissed them without so much as a parable.  Perhaps today's Sadducees should consider that.


Okay, out of conceptual steam now.  Go forth more educated and productive!

PUNCTUATION: The Importance of Getting it Right!

An Interview with Perceptual Plazz - Writer, Author, and Poet

Ducks and beers and villages and OUCH