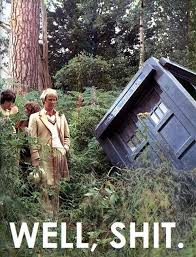 "Extra-era travel.  Y'all c'nt be goin' off around outside yer parameters like that."

"Can I re-adjust the parameters?"

Sure.  Take an extra week, though."

I took my musical Tardis into 1987- and I hit the worst trip in Time Machine History!  So this week is going to feature the three ways I tried to salvage something out of this trip to get to a new POTM- and the NEW parameters starting next week!  I hope you'll like them!  I am not so confident about this remaining week, though...


How about we start with the two debuts this week!  Our first, at #10, is from a classic band who, in June, will be releasing it's first new lp in 12 years!  From the upcoming lp The Mission, I give you- STYX!!!!


What I found there were 12 stations.  But 2 I had to eliminate because they were AOR stations; another was a Christian station; 2 of them were the same chart on AM and FM; and one, from Melbourne, Australia had a song so stupid I HAD to take it out and just feature it separately.  That left me with  7 stations- and all but one had different songs at the top!  Ironically, the worst song for me was the one at Cashbox's #1- and DIDN'T get one of the six Panel votes- the duet by George Michael (whom I really don't care for, sorry) and Aretha Franklin (whom I cannot fricking stand, sorry again) with I Knew You Were Waiting For Me.

The Panel votes went to 4 songs in the top ten (which I will get to in a bit), along with Club Noveau's cover of Lean On Me (which wasn't awful, but nowhere near Bill Withers level) at #12, and Kenny Loggins' Meet Me Halfway, which was only halfway up the chart at #43.  So obviously, the Panel was going to be no help.  Or would they?

I asked our POTM, the King, Elvis Presley, to do this next section about this act from the Aussie chart and their song.

He turned me down flat.  Even cussed a little.

So anyway, that song was by an American act, three brothers of the family Zone, in fact.  They called themselves Man2Men  (because, you know, there were three of 'em).  They were also decidedly on the gay side- in fact one brother died of AIDS-induced meningitis, after which they changed the name to Man2Man.  (Not making this up in the least.)  Their genre was called HighNRG- in other words, fast paced club disco-electronica with a lot of high hat.  The name of their "big hit"- which swept the world like the Spanish Flu- was called Male Stripper.  No I did NOT listen to it, nor do I intend to.  A few weeks ago, I made this pronouncement on TM:

...And though it isn't QUITE the same thing, I don't segregate songs out because the act is LGBT or Muslim or any other thing UNLESS it effects the quality of the song or is over the top offensive.


For me, the second qualification has been hit here.  To each their own, but this just ain't for me.

So my second big idea was, let's just look at the national top ten, as determined by Cashbox, and see what we have to work with.

Two songs- the aforementioned #1 by Michael and Franklin, and the far-too-whiny-for-me Cutting Crew's I Just Died In Your Arms at #6- I cannot abide.

And two I flat out just don't know- The # 4 by Prince, Sign O' The Times, and #9 Bangles' Walking Down Your Street.  Sorry, I was in my "country period" at this point.

At this point, I prolly should intro our second M10 debut of the week, coming in at #8.  You remember the Orwells from their previous hit here, Black Francis.  This is actually their third single from Terrible Human Beings- the last one just missed.  Here is They Put The Body In The Bayou.

Our little statistical features start with the #87 in '87.  This was a duet by Billy Joel and his idol Ray Charles- who suggested the team up after learning that Billy named his daughter Alexa Ray after him.  Despite critical acclaim, the song- Baby Grand- peaked at #75.

And, there was no bubbling under on CB this week, so we go to the #100 song- it was the last week on the charts for the Georgia Satellites and Keep Your Hands To Yourself.  They almost missed the hit- they had actually broke up between recording a demo and its release in the UK, which became a hit and got them back together for the lp that spawned their big hit, along with my personal favorite Battleship Chains.

So at last I said to myself, "Chris, how about this:  Pick out your ten favorite songs on the hot 100- find out which ones of them made the Panel's charts in ANY spot- and most chart spots wins!  That worked out well, and so, at long last, here are your candidates:

Crowded House with the week's #3, Don't Dream It's Over.
Restless Heart with a country crossover, I'll Still Be Loving You at #73.
Bon Jovi's Living On A Prayer, at #67.
Bruce Hornsby and the Range and Mandolin Rain at #26.
Speaking of Bruces, Bruce Willis and Respect Yourself, #82.
World Party with Ship Of Fools, #34.
An AOR crossover, Robert Cray's Smoking Gun, # 53.
Chicago with Will You Still Love Me, #93 on the way out.
U2's With Or Without You, #10.
And the #32, Kim Wilde's You Keep Me Hanging On.

And as usual, I'll help you out.  Eliminating the ones with 0 or 1 votes, that leaves you with Crowded House, Kim Wilde, World Party, Bon Jovi, and U2.  But hurry, the show's almost over!


The rest of this week's M10 coming up next.  But first, this is what I have decided on for future Time Machines.  I am readjusting to Martin Era 2.0.  The early boundary will be the debut week of the chart run that took Bill Haley's Rock Around the Clock to #1- after 3 weeks worth of aborted attempts, this happened on May 14th, 1955.  The late date, the moment music changed, not for the better- at the debut of the first single from Saturday Night Fever.  And that was September 24th, 1977.  I will start with the early year and go up one year a week from now on- unless there is a DGR to "skip around".  That means next week, as we are one week early for the 1955 start, we will be going to 1956!  And, it means in two weeks we'll be doing a 60th anniversary celebration!

The Four Seasons, themselves here with a 52 year old song, drop 4 to #9 with Walk On By.

Easy Love moves up a pair to #7 with No One Like You.

Flogging Molly up 3 to #6 with The Hand Of John L Sullivan.

I told Laurie this M10 was full of surprises for me.  I hadn't expected the Orwells to sneak in, and I certainly didn't expect Jason Isbell and the 400 Unit to jump FIVE spots with Hope The High Road.

Nor did I expect Chicano Batman to slam on the brakes and hold #4 with Passed You By.

And quite honestly, the top three was a MAJOR battle.  One that the Old 97's came out on the short end of, and Good With God drops to #3.

And Melody's Echo Chamber is still at least a week away from making it a three way tie for "most words in the title of a #1 song", moving only to #2 with You Won't Be Missing That Part Of Me.

Sorry, BJ, it's not a two-hour show.  Anyway, since I am the sole determiner of the M10, it shouldn't be a big surprise that I have a pretty good read on what will be a #1 song.  Now, there are a few that didn't quite get there, because of other songs in front (or I just overplayed it too soon), but I can tell you only five songs out of 47 have surprised me by exceeding my original thoughts and making it to #1.

Decemberists and The Wrong Year;
Ducktails and Headbanging In The Mirror;
Strawberry Runners and When We Were Good;
Sweet and Peppermint Twist; 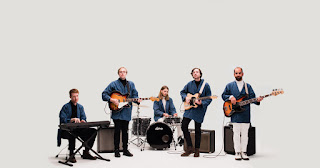 And next week's POTM for the New Era Time Machine- 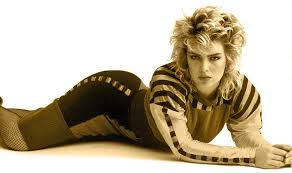