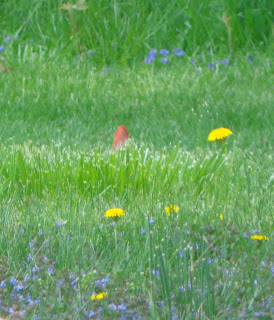 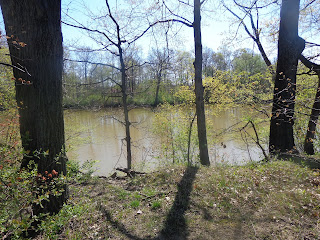 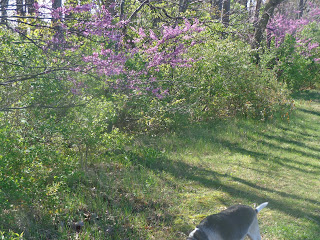 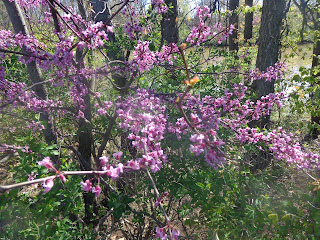 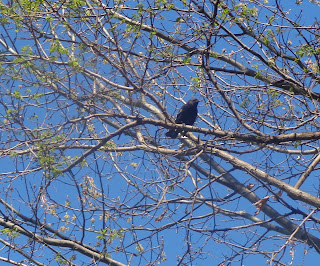 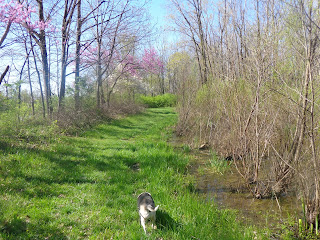 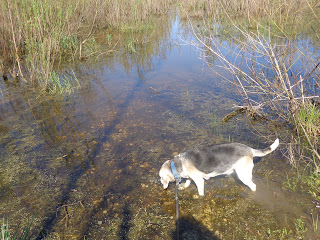 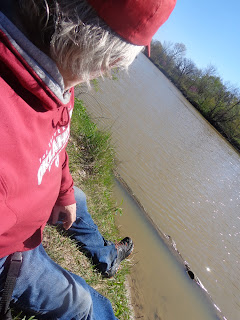 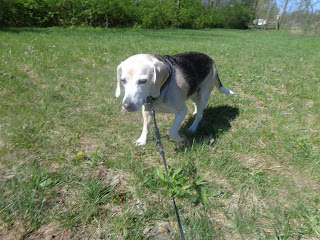 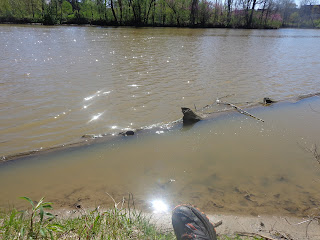 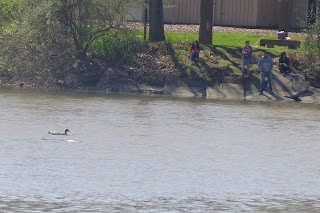 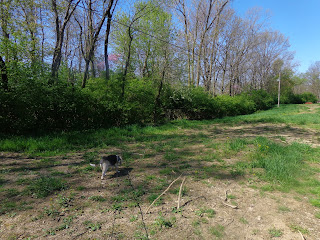 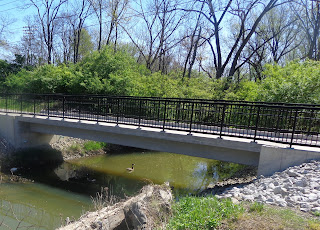 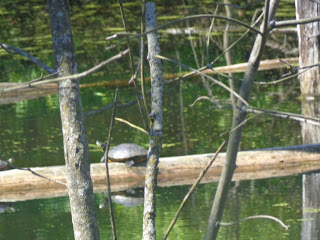 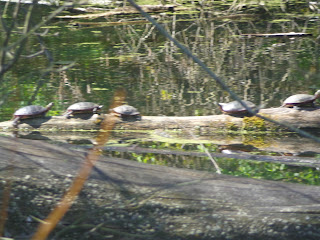 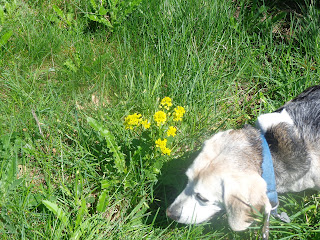 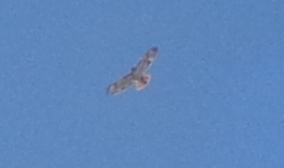 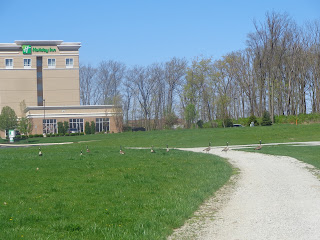 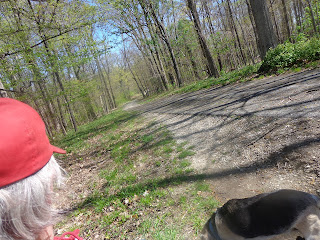 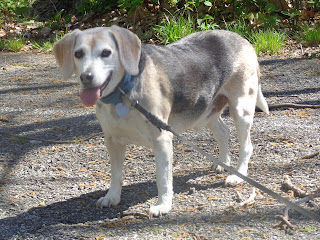 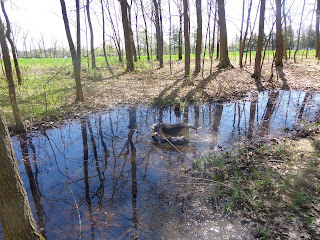 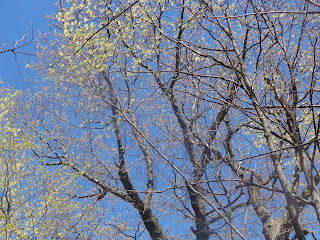 Couple of side notes next:


1- A while back I told the story of the dead possum by the barn, whose corpse disappeared the next day?  It returned, sorta, this week- at least a back leg and hip, spinal chord, and head did.


2- Scrappy got to play with his neighbor Ernie at the start of the walk.  Ernie, is big white and a bundle of joy.  He looked like he was trying to step on Scrappy.

3-  We are coming towards the close of the hockey season, and you may know that KC and I have teams picked out in 25 leagues across the globe, and this year Laurie joined us in picking one team in each and 2 in the NHL.  KC won championships in Hungary (DVTK), Latvia (Kurbads), and Denmark (Esbjerg).  Laurie won the Slovak league (Banska Bystrika) and was knocked out in the finals in Switzerland (Zug).  I took titles in Norway (Stavanger) and the UK (Sheffield), and lost in the finals in Germany (Grizzly Wolfsburg) and France (Rouen).  My teams are all done for the year thanks to the Blackhawks' amazing first round flop.  KC still has Pittsburgh, and HV71 in the Swedish finals;  Laurie has Nashville, and St John in the Quebec Major Junior League in Canada.