Okay, so we got all the holiday Stuff here out of the way until Friday, so now I can catch you up on things at the Martin Safety Zone.

First of all, for Christmas the kids got a discounted DVD player for Laurie at Wal-Mart.  And when Laurie opened the somewhat mussed box, it was bent in the middle as if one min-wage employee had hit another over the head with it.  All is now well, the offending machine has been replaced, and just in time.  Apparently the semi-annual culling of shows swept through Netflix, and all the stuff Laurie had been watching- Columbo, The Rockford Files, and Emergency- have been replaced by newer stuff.  Funny thing is, a month or so ago, I was on a diary study that was asking about what we watched on NF, and whenever they asked what the appeal was with these shows, the answer was the same- the writing back then was so much better.  Thanks for listening, NF!

Eating In Dreams. What Does It Mean?
Holiday Cards – A Brief History
Spider-Man: If This Be My Destiny - L…
Bikepacking - A Brief Introduction an…
Best Coffee Beans – Everything You Ne…
Which brings up the survey thing- I get surveys from this outfit called Opinion Outpost.  They pay off in points that you can convert into among other things, amazon gift cards.  This is how I restock my book larder on the cheap, and right after Christmas gifted myself with a stack about 2 feet high.  The current reading material is Robert Payne's The Gold Of Troy, featuring a Heinrich Schliemann bio that has me expecting him to rip open his shirt and fly away any moment now.

Next up should be the story of our new years debacle. 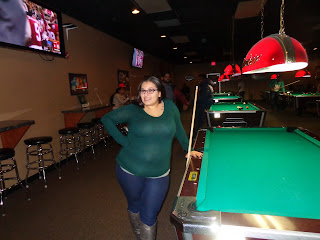 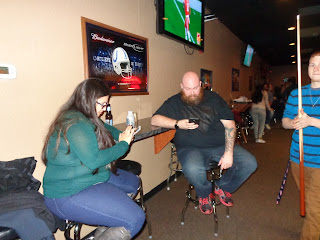 Our cast of characters included Jessica's good friend Chuck, for whom I spent the night seeking an appropriate nickname.  After he shot a ball off the pool table, I dubbed him Cannonball. 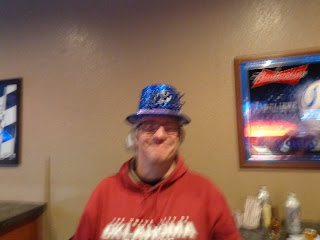 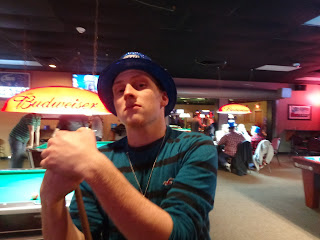 Mr. Stud Pool player. We went oh-fer-the night.  But we got to watch that lovely performance by Ohio State in the playoffs- which spurred our first contestant in best meme of 2017... 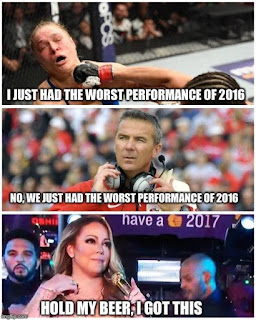 The pool brigade and eventual celebration of the new year- which I topped off by wishing it on the way out to a young lady that was far from expecting it and nearly jumped across her table- was followed up for some stupid reason by going to a local "gentleman's club".  The only redeeming thing from that adventure was one certain "entertainer"- who was approximately three times the size of any of the other ladies- giving KC an unwanted-by-him dollar dance.  This girl, who was built approximately like Chuck (see above) with much bigger boobs, climbed onto KC's lap and promptly buried him in an avalanche of bosom.  With KC gasping for air, she told him, "I'm doing this wrong, you're still breathing!"  To which he told one or the other of her breasts, "I'm SUPPOSED to breathe!"  In any event, Chuck, who picked the venue, told Jessica to tell KC he'd make it up to him.  I suggested proper penance would be a Chuck-vs- Big Bertha mud match.


Prior to that, we had a much tamer event over at Bobby G's, where we got to meet his adorable kittens... 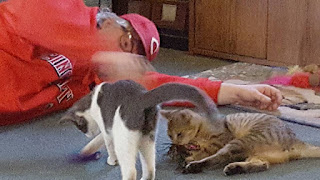 ...and I received a Doctor Who Character encyclopedia, which currently occupies the venerable Throne Room Position.  We had a great discussion of old cartoon characters and I did a soliloquy on the current affairs of the Marvel Universe that would have led a lesser man to kick me out.

Oh, and I may have mentioned Scrappy got a treat-gun for Christmas.  While he has yet to grasp the principle of the thing, he is enjoying my attempts to get it to fire right.


And speaking of Scrappy, we started out the year yesterday with a just-under-4 mile walk... 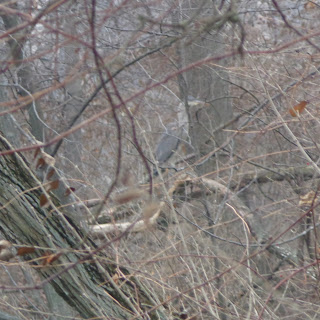 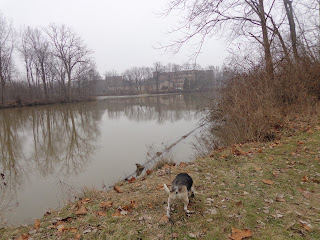 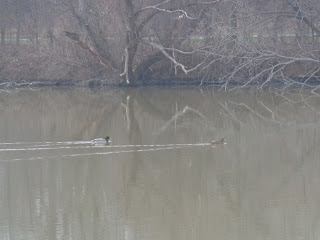 This left the Boofus quite unwilling to get up this morning, and as I had to re-learn how to get up at 5 AM for tomorrow anyway, I took a 3.7 miler in the darkness this morning.  We've been keeping track since our little Peanut came into the world, and since then I have racked up about 120 miles and Scrappy close to 72.  Oh, and speaking of Peanut... 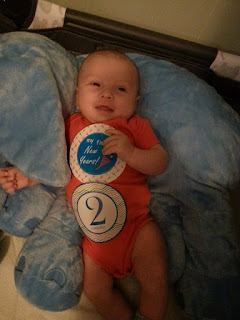 
And that should have you all sufficiently caught up on all the doings hereabouts.