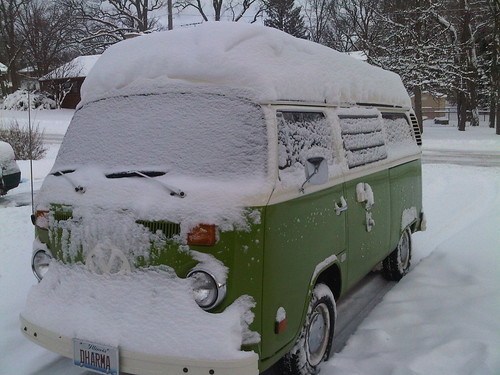 In 1972, my Mother, having had more than enough of both my father and her bra, announced that she, Slim and I would be moving away from the creature comforts of New York City and into the wilds of the Quebec countryside. I would no longer be a fashionable Greenwich Village tot with impossibly beautiful and glamorous parents but rather a hippie and a farmer and orphaned by fifty-percent.

Despite the rhythm of my days being somewhat inconvenienced by Slim’s arrival, life in NYC had been amazing – an idyllic mixture of hot dogs and Ice Cream and skating at Rockefeller Center and shopping at FAO Schwartz. Sticky summers at Coney Island and extra slices of salami from Carolyn, our neighborhood butcher. Some days were Spent with my mom, the model, at photo shoots and others with my grandparents being fed a steady diet of fried dough and I couldn’t walk down the street without being told that I was a "darling" little girl. I was an Italian princess in a city that greatly prized Italian princesses and I loved it. I wasn’t going anywhere.

From the little I heard about what life would be like in Canada I knew I wanted no part of it. For example, the new house would have neither running water nor electricity. The “town” would consist of 37 people and lastly, and most egregiously, the food would come, not from Balducci’s, but from the ground - in something called “a garden.”

We would be “living off the land like pioneers” and “reconnecting” with nature. We would be taking our baths in a Lagoon and our showers in a waterfall. Instead of watching Sesame Street, we would take long walks identifying indigenous flora and read by the light of kerosene lamps. As an added incentive, we would also now be speaking French. Even though I was only 4, I instantly called bullshit on the whole enterprise and told my mother what she could do with her lagoon. “Waterfall, my ass,” I said.

Despite these overheard tidbits of horror, I was pretty much left in the dark as the lead up to the move was not spent with long readings of Laura Ingalls Wilder’s Little House on the Prairie but with frantic packing, the stealing (yes, stealing) of a VW bus and a “drive like hell Louise” departure under cover of darkness. Sometimes you run towards something and sometimes you run away from something. Sometimes a move looks like an escape. I get this now, I understand, but at the time it felt as if my life had been set on the spin cycle and once we arrived at our first abode - a tent on the creeks of Lake Massiwippi - I got revenge by peeing in my sleeping bag. Every night. For weeks.

I thought that maybe the whole move would be temporary, a flight of fancy if you will, but then we Moved into the small farmhouse and before I knew it I was pooping in an outhouse and wearing hand me downs. Handed down from who remains a mystery but the un-even patches and general burlap quality suggest that the "outfits" had come from one of the neighboring farmer’s daughters. Regardless of their provenance, it was clear immediately that they had not come from Bloomingdale’s.

I was miserable and made sure everyone knew it. I refused to be happy and refused to speak French and made a concerted effort to practice what would later become my signature move – moodiness. Ever seen a sullen toddler? It ain’t pretty.

While my mother would go into the woods to track deer (I’m not kidding) or collect sap for her homemade maple syrup, I would pout on the porch and dream of the boats in Central Park and the hookers in Time Square. But I was alone in my memories of NY because, after a hot minute, my mom didn’t miss anything. She was happy and after a few months the only reminder of our old life was her fur coat, which she used as an extra blanket when the temperature dipped. It had spent its youth at Studio 54 and now spent its retirement keeping Slim and me warm during winters that can only be described as biblical in their frigidity.

Eventually, even with all my griping, the farm and its environs grew on me. I went from hostile to delighted pretty quickly. Before I was even aware that a shift had occurred, someone would catch me smiling and say, “A-ha! I knew you had a smile in there somewhere.” The smile turned into laughter and dragging my feet turned into a gallop and my transformation from big city brat in training to barefoot wild child was complete. I never stopped missing NY (or my dad) but the lagoon was awesome and, as it happens, they had ice cream in Canada too - even if we did have to make it ourselves from snow.

Years later, when we moved back to the states, I took one very important thing with me: new favorite childhood memories that had married themselves to my first ones. I loved Quebec and always would but getting back to NY remained a priority. Except for summers and holidays with my dad we never moved back for good. As soon as I graduated from high school, I caught a flight east and reunited with my beloved hometown for the long run.

But I haven’t lived there in years. Despite feeling like I moved to LA last Tuesday, the truth is, this town is like flypaper and 17 years have passed. So, during the writing of this script, the one constant, the one thing I have always known is that it will take place in NY. The script is a love letter to the city - to my home - and it’s time to go back.

I have done everything I can to expose Dash to what it was like on the farm. We grow vegetables and sometimes read by candlelight. I regale him with stories of snow lanterns and the glory of un-pasteurized cheese. We use the same Dr. Bronner’s Peppermint soap that we used as kids in the waterfall. I make him summertime baths in a huge galvanized tub, just like the one we used during the winters when the lagoon was frozen over. We compost. I tell him about pioneers.

Even though I’ve tried, though, I can’t replicate NY. It has to be felt and I think, in order for it to get in your blood, you should know it as a child. There is no way you can tell someone about the energy or the food or the people or the architecture and that's what made me think of something Mother Teresa once said:

What you spend years building, others could destroy overnight. Build anyway.

So this is what I’ve been doing since last we met – building. Building characters and stories and memories and dreams for the future. The writing is happening. It's got it's own Uneven Patches, for sure, and sometimes it looks more like a nervous breakdown than a career choice.

Last Friday, for example, after a wrestling match with the demon that tells me I can't, I burst into tears. The deadlines and plot holes had caught up with me so I walked outside to commiserate with the vegetable garden because I am rapidly becoming one of those women who talks to her plants. I sat in the sun waiting for the veggies to respond and then, out of nowhere, I got it - the ever elusive and magnificent creative breakthrough.

Who knows what will happen with the script but as I walked back into the house I said to the tomatoes, "Pack your things, ladies, I think we're moving."