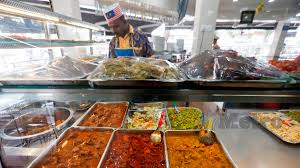 People may say what they want. That, they are expensive. Or, their Food is tasty because they are putting the harmful monosodium glutamate in their recipe. Or, even, that they are dealing in some ‘mantras’ or magic spells to attract customers. Ha ha! But the fact is, the Indian Muslim (followers of Islam of the Indian sect) restaurants, fondly called as the ‘kedai mamak’, are real portrayers and propagators of the 1Malaysia, or unity of the Malaysian people concept, initiated by the, then, Prime Minister, Najib Abdul Razak. People of all races and religions - Malays, Chinese, Indians and even the westerners - are found eating there.

It’s Me – Chapter 12
Types of Kisses to Spice Up Your Sex …
Crunchyroll – How to Watch Anime Onli…
Best Low Acid Coffees That Won’t Upse…
What’s brewing in Chef Harsh Kedia’s …
To explain further, Malays hesitate to go to the Indian or Chinese eateries because of the halal (food fit to be consumed by Muslims) requirements, which these places may not have. The Indians shilly-shally to enter Malay restaurants because of the fear of being, unintentionally, served food containing meat of beef (disallowed in Hinduism). It is difficult to see Chinese patrons in a Malay restaurant either because the food is not to their liking or the uneasiness that they may attract undue attention upon themselves, being consumers of foods prohibited by Islam. Having said that, to be fair, I do remember having seen, occasionally, some Chinese customers in a Malay eatery, most probably, due to the eatery being in close vicinity. 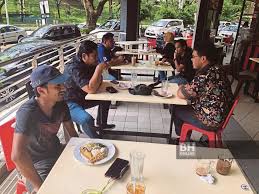 The mamak shops seem to have overridden all these obstructions. The Indians in Malaysia, who mostly comprise of the Tamils, go there as the hosts speak their language, the age old Tamil language, and the food is similar to their own, and what with dosai, capati, rice, curry and so on, and the ingredients, spices and such, similar to that of the recipes of Malaysian Indians' cuisine.
The Malays patronize their places because the food is halal, and what's more, the recipe also is not too far from their own, most of their ancestors having some South Indian roots.
The Chinese are there because they like changes in their taste buds and also the Indian outlook of the hosts at these restaurants put them at ease. The other races are also there due to the wide variety of colourful and spicy fare.

Now, a kedai mamak is a place where all races of Malaysia converge and see each other eat! They are all under one roof, in a small place, rubbing shoulders with one another, if you please. To all the mamak eateries of Malaysia, I salute you! You are indeed 1Malaysia exhibitors. Long live the kedai mamak!